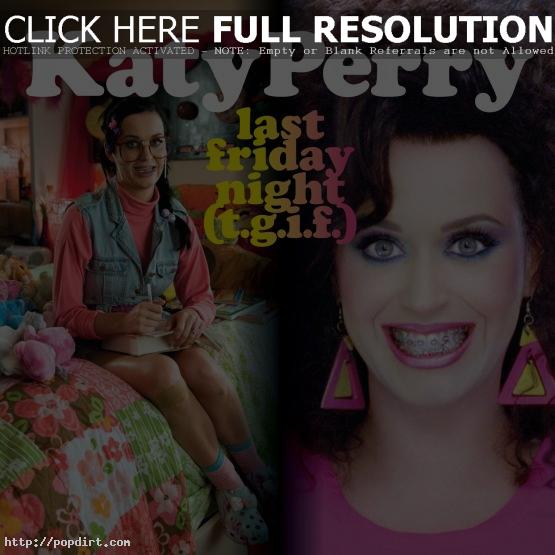 Katy Perry is out with the music video to her new single ‘Last Friday Night (T.G.I.F.)’, featuring appearances by Rebecca Black, Kenny G, Hanson, Deborah Gibson and more. The song is off the Santa Barbara, California pop singer’s third studio album ‘Teenage Dream’, out now on Capitol Records. Watch it via FunnyOrDie.com below.

END_OF_DOCUMENT_TOKEN_TO_BE_REPLACED

Hanson ‘Give A Little’ Video

Hanson are out with the music video to their new single ‘Give A Little’, the second release from the Tulsa, Oklahoma pop rock group’s latest album ‘Shout It Out’, out now on their 3CG Records label. “Take cardboard cutouts, ballerinas, dancing couples, some paint splatter, hip-hop dancers, mix with the band, crank up the music, let loose and have fun,” the brothers write about the treatment. Watch it via YouTube below.

Hanson love to share the things they love, and coffee is very high on the sibling musical trio’s list. Issac and Taylor sat down at DoubleShot Coffee in Tulsa, Oklahoma to taste test the 2011 roast of Kikombe Cha Kutoa (The Giving Cup) Coffee. Part of the proceeds from every bag sold go to support TakeTheWalk.net work in Kenya. “I think speaking on behalf of the whole Hanson team, where there’s several other coffee enthusiasts, we wanted to show you guys a little bit about some aspects of the coffee before we talk to Brian who owns Double Shot here and do a little taste test,” Taylor explained. Watch the video via YouTube below.

How Hanson Chocolates Are Made

One of Zac Hanson’s favorite TV shows it ‘How It’s Made’ so he made a video about the group’s Hanson Chocolates, visiting Glacier Confections in Tulsa, Oklahoma. “To be honest, the reason we like making these chocolates is because they’re just that good, but we want to show you guys how they’re made,” Zac said. Watch it via YouTube below.

Hanson performed an acoustic version of their new single ‘Thinkin ‘Bout Somethin’ at the Q107.5 Studio in Memphis, Tennessee during the Maney & Riley in the Morning show the other day. Watch it via YouTube below. 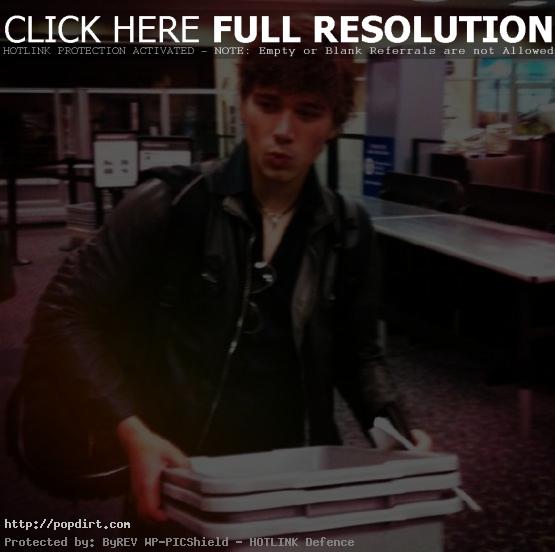 MTV News spoke with the guys from Hanson, getting their take on what advice they’d offer to the young pop stars of today like Justin Bieber, the Jonas Brothers and Miley Cyrus.

“I think the thing about all those artists is, the idea of defining who you really want to be and being that,” Zac Hanson said on the day after having to cancel Tuesday’s free show with Drake in New York City. “In a lot of these cases, this whole idea of movies and music and TV shows and multimedia whatever, that’s great, but it can also be very confusing.”

Watch the commentary, with his brothers Taylor and Isaac looking on, via MTV.com below the cut. END_OF_DOCUMENT_TOKEN_TO_BE_REPLACED

Hanson did a live set for Yahoo! Music’s Maximum Performance blog. The trio performed ‘Weird’, ‘MMMBop’, ‘Been There Before’, ‘And I Waited’, ‘Carry You There’, ‘Shout It Out’, ‘Where’s The Love’, and ‘Thinking ‘Bout Something’ live at Bardot in Hollywood.

During their interview, the brothers talked about how their new album’s title ‘Shout It Out’ embraces the theme of the record, how much of the record was written in between gigs, how there could be a resurgence of appreciation for the band largely defined by their ‘MMMBop’ younger days, how nobody can accuse them of being trendy, if they’re annoyed by the stigma of starting out as a band so young, and how starting young for them was difficult because nobody wanted to take them serious.

The performances and interview videos at Yahoo.com have since been removed.

Help Zac Hanson reach 500,000 views of the new Hanson video ‘Thinking ‘Bout Somethin’ video on MySpace by Monday April 18th at 11:49PM. The drummer went into drill sergeant mode instructing a roomful of people to refresh the video repeatedly to get the views up. At one point, Zac screamed at his brother Taylor, “Are you looking at Justin Bieber? Oh my God!” Watch the comedy clip via YouTube below. 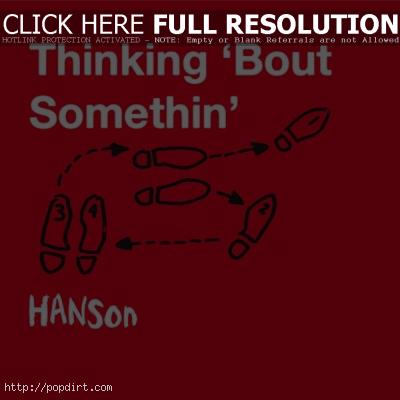 Hanson are out with the music video to their new single ‘Thinking ‘Bout Somethin’, the first release from the sibling pop rock trio’s eighth studio album ‘Shout It Out’, out June 8th via their 3CG Records label. Watch it via MySpace below.

Taylor Hanson Speaks At “The Walk” In Chicago

Taylor Hanson talked with fans who took part in “The Walk” in Chicago at UIC on October 12th. “What’s so important about our walk today, is that this is not about how we all need to feel bad about the world that’s crumbling around us, or tragedy across the ocean in Africa,” the 26-year-old told the crowd. “This is about how you guys are the messengers for real change.”

The one mile walk raises money and awareness for the band’s Take The Walk charity, which supports access to medical care, medical treatment, shoes, clean water and education in Africa. Watch footage via Hanson’s YouTube channel below.