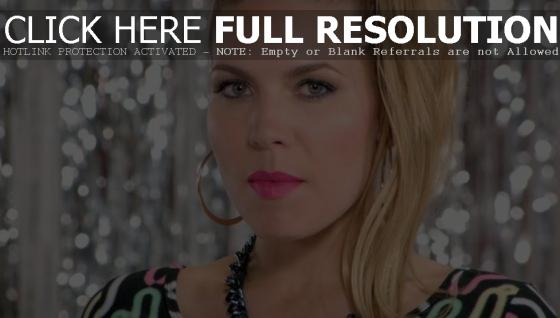 VEVO’s ‘Nissan Tracks’ series has artists put a personal spin on a modern classic, and they recruited Skylar Grey to update French house duo Daft Punk’s hit ‘Get Lucky’. Watch it below. 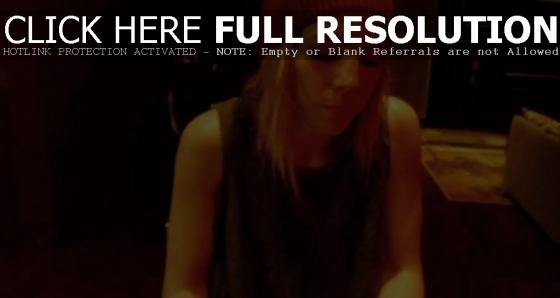 Skylar Grey (Holly Brook) is out with the music video to her new single ‘White Suburban’, off the American pop singer’s new album ‘Don’t Look Down’, out now on KIDinaKORNER/Interscope Records. “My best friend’s family had a really old white suburban and a lot of memories were made in that thing,” Grey said about the song. “The song symbolizes that feeling of never being able to fully let go of your first love.” Watch it via YouTube below. 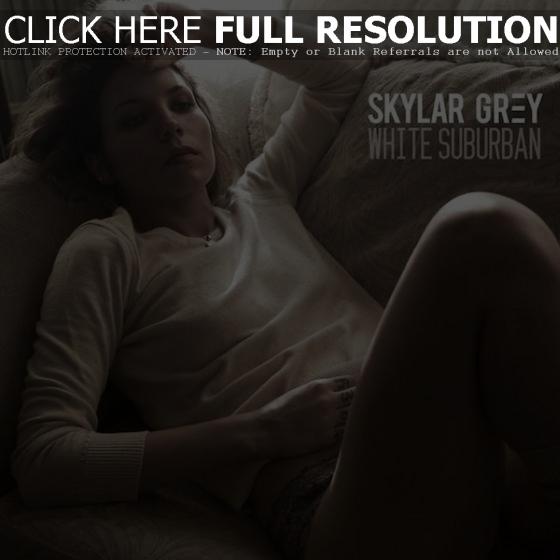 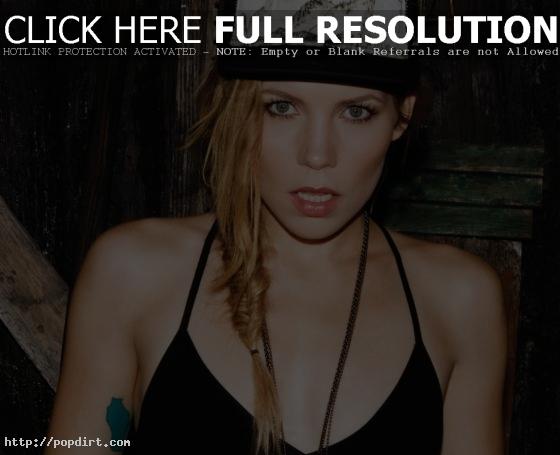 Skylar Grey dropped by for an in-studio interview with the Bobby Bones Show recently. The pop artist, who formerly performed as Holly Brook, talked about how she recorded music with her mom as a kid, teaming up with Eminem on several projects before he agreed to produce her new album, how she had exited the music business before catching a huge break writing ‘Love The Way You Lie’, why she dropped out of music and how unexpected the new single ‘C’mon Let Me Ride’ is to listeners of her prior “Debbie Downer” material.

Talking about her start as a performer, Grey said, “I actually started performing when I was 6, and made three albums by the time I was 15. They were duet albums with my mom. It was pretty awesome actually. We sang kids songs. Kinda like The Judds. Then I decided at 14, I’m gonna go solo. This isn’t cool anymore singing with the mom. I kicked her out of the band.”

Asked about how she linked up with Eminem, Grey said, “I wrote the hook to ‘Love The Way You Lie’, and we hooked up after that to do ‘I Need A Doctor’, and recently we did a couple of songs for Slaughterhouse, his hip hop supergroup, and we just continued working together ever since ‘Love The Way You Lie’ and he wanted to be more involved as executive producer (on the album), which I am completely… I can’t believe that that’s happening. So I’m so grateful for all of his support.”

Discussing her penning of ‘Love The Way You Lie’ for Rihanna and Eminem, Grey said, “I just wrote it and didn’t really know what was gonna happen with it. I was actually kinda not in the music industry anymore. I was living in a cabin in the woods in Oregon, and connected with Alex da Kid, this producer, via email, and he sent me a beat, and I sent him back that hook, and a month later it was #1 on iTunes and Eminem had cut it and Rihanna had sung it. It was kind of crazy. My life just turned around within a month.”

Asked why she got out of the music biz, Grey said, “I was hating it. I was having a really hard time and I was totally broke. I was working really strange jobs.”

On the unexpected nature of the new single ‘C’mon Let Me Ride’, Grey admitted, “It was not what you’d expect from me, especially after hearing those three hooks. It’s much more sarcastic and fun and light hearted. I just wanted to do something different for a chance and not be so Debbie Downer.” 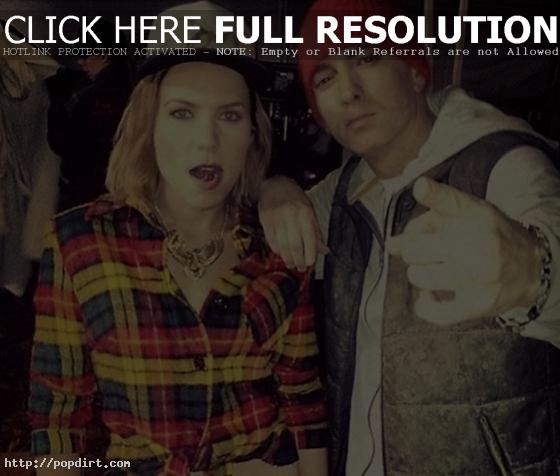 Behind the scenes photos from the set of the Skylar Grey music video for her new single ‘C’mon Let Me Ride’, featuring Eminem, have been released. Grey, known by many as Holly Brook, has described the treatment as “fun and sarcastic.” The single comes from the Mazomanie, Wisconsin native’s second (first using the moniker Skylar Grey) full-length album ‘Don’t Look Down’, due Spring 2013. ‘C’mon Let Me Ride’ will be released to all digital retailers on December 11th, as will the music video. Eminem’s hometown of Detroit was the location the music video was shot a few weeks ago. Check out a few additional pictures from the video after the cut. END_OF_DOCUMENT_TOKEN_TO_BE_REPLACED 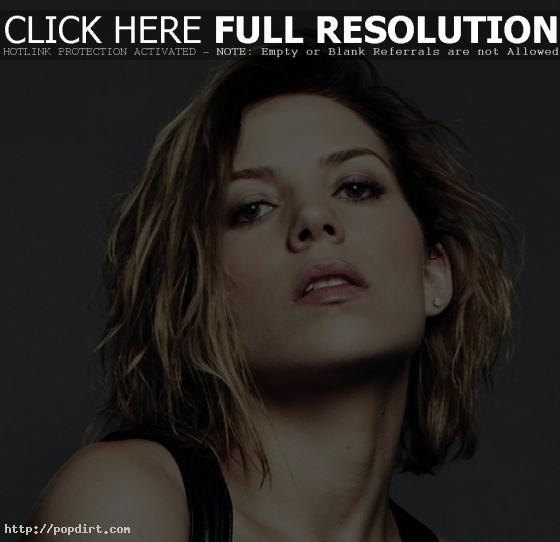 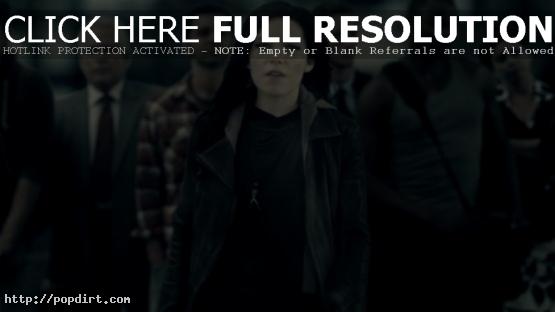 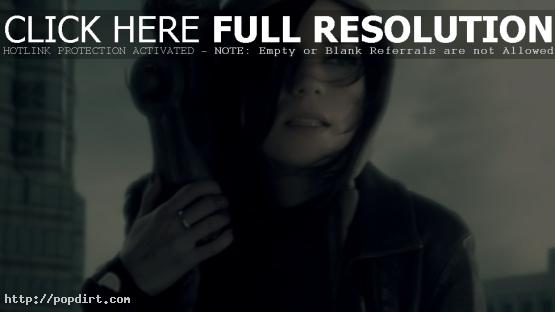 Skylar Grey (Holly Brook) is out with the music video to her new single ‘Invisible’, the second release from the American singer songwriter’s upcoming second studio album ‘Invinsible’ on Interscope Records. Watch it below.

Holly Brook updated fans on her blog at MySpcae on Tuesday (June 10), discussing the digital release of her new album on June 10th, how she’s doing in the Lilith Fair contest, and controversy from some that she’s “too professional” to be part of the festival’s contest. Brook writes:

I’m SOOOOOOOOOOOOOOOOO overjoyed to announce that I am FINALLY releasing some new music! Wahoo! It’s not a joke!

I’ve actually paid for the CDs to be made, and they are on the way! On JUNE 10th, you will be able to digitally download it, order a hard copy, or buy one at a show! It all happened so suddenly because A, I thought it would be stupid to not have music to sell in Europe, and B, I finally had enough money in my bank account to cover the final costs. No record company, nobody.

Holly Brook updated fans on her blog at MySpace on Monday (April 5) after posting a new song on her player called ‘It’s Raining Again’. The singer songwriter tells readers:

I wrote this song with Jon Ingoldsby and cellist, Cameron Stone, back in 2006 when we were on tour with Fort Minor. Here it is, FINALLY! Take a listen. This song will be released on the album entitled, “O’Dark:Thirty,” produced by Duncan Sheik and Jon Ingoldsby.

The song came to me after hearing Cameron pluck out some chords in a soundcheck. It stuck in my head, and one day when I was walking around I think in Boston, the melody for “It’s Raining Again” just popped into my head. So back in one of the hotel rooms, I think we were in New Jersey at this point, Jon, Cameron, and myself sat down together to form the song. It’s been a long journey to bring it to your ears now, but I hope it was worth the wait.

Holly Brook posted a cover of ‘Fireflies’ by Owl City on her YouTube channel. “Bored at work… no customers today… learned this song half an hour ago,” the singer songwriter said.

The acoustic performance can be viewed via Youku below.