Holly Valance was all smiles as she jumped in the elevator at Heathrow Airport on Tuesday (January 19). The Australian pop singer and actress is relocating to England after five years in Los Angeles, staying with her millionaire British property developer boyfriend Nick Candy. 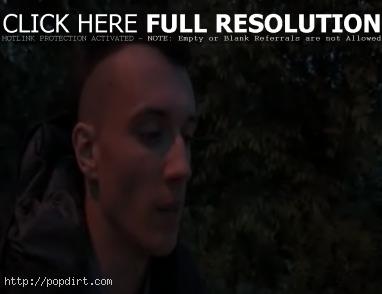 Frankmusik posted some behind the scenes footage from his ‘Confusion Girl’ video shoot. The single is available to download July 5th. Frankmusik talked about the video, as did Holly Valance, who is featured in the clip and requested a kissing scene with the singer/producer, who is also working on her new album.

“‘Confusion Girl’ is about a guy who is completely nuts about a person and the fact that basically she does all these things that make him doubt and question everything. The idea in the video was to sort of translate that confusion and being confused by everything. Holly and I are working together at the moment on an album. I asked her sort of jokingly if she’d be in the video and she said yes.”

Watch the video at Muzu.

Holly Valance was in the studio with Kyle and Jackie O. of 2Day FM in Sydney on September 1st to discuss her new film ‘D.O.A.’. The former ‘Neighbours’ star discussed living in Los Angeles, appearing in ‘Entourage’, being unsigned as a musician and lending vocals on a dance album, working with Paris Hilton, and more. 2dayfm.com.au has since removed the audio.

Holly Valance Fighting In The Buff In ‘DOA’

Neil Sean of Sky News reports that Holly Valance is set for a music comeback after Madonna penned an album for the former ‘Neighbours’ actress called ‘System Overload’. “I’m a huge fan of Madonna, always have been,” Valance said. “I just hope the fans like what they hear, I’ve grown up.”

May 16, 2006 – After photos of Madonna surfaced in Los Angeles without her wedding ring, Jeannette Walls of MSNBC.com spoke with the singer’s rep to ask if her marriage to Guy Ritchie was in trouble. “I don’t think there’s any particular meaning to that,” she said. “She does not always wear her wedding band.” Read more.

May 16, 2006 – Madonna was videotaped crossing a union picket line at the Great Western Forum in Los Angeles, California. Members of the International Alliance of Theatre Stage Employees (IATSE) are currently on strike after news of a 35% pay cut. Madonna crossed the picket line to go on stage for a scheduled rehearsal for her concert that starts this weekend. Footage at splash-video.com requires an account.

May 14, 2006 – Star magazine reports that Madonna will be employing her hubby Guy Ritchie for a behind-the-scenes documentary of her upcoming tour. “They were both really concerned about their marriage lasting while Madonna went off on tour on her own, and Guy came up with this idea as a way for them to spend time together,” explained a source.

Neil Sean of Sky News reports that while Holly Valance continues her acting career in America, she told a source that she’s plotting a pop return. “I’ve been holed up in the studio for months now making a different sound, but I’ve scrapped it as my fans want pure disco – so that’s what I plan to give them,” she told the spy.

Neil Sean of Sky News reports that Holly Valance has landed a role on Freddie Prinze Jr.’s new television pilot. The Aussie told a spy she’s overjoyed with the offer to star in the comedy, which may air in America this fall.

Ann Montini of Sky News reports that Holly Valance is glad she said no to appearing on ‘Celebrity Big Brother’. “It was pure dross and the people in there are so desperate to be on camera in any shape or form,” Valance said.

Holly Valance issued an angry press release after several news reports claimed she had played a role in ending fellow Australian singer Deltra Goodrem’s romance with tennis star Mark Philippoussis after introducing Mark to Paris Hilton. “I do not really know Paris Hilton socially as we only worked together for a total of 7 days on set along with the other 25 principal actors in the movie,” Valance explained, referring to her ‘Pledge This’ co-star. “To claim that I helped organize a meeting between Mark and Paris is an absolute outrage. I am embarrassed and very hurt that the media in a 24 hour period have been so vicious towards me without even checking the story with my management company or publicist to establish where it came from and if there was any truth to it.” Holly added: “It is an absolute disgrace and there is not an ounce of truth in this story.”