Howie Dorough Interview And ‘Lie To Me’ Performance

Howie Dorough paid a visit to Young Hollywood’s studio at the Beverly Hills Four Seasons for an exclusive interview and acoustic performance of his latest single, ‘Lie to Me’. In the interview, Howie D. discussed what it’s like being a Backstreet Boy, going solo, and the creative process behind the recording of his new album, ‘Back to Me’.

“I’ve actually been working on this record for 5 years on and off,” Howie told Young Hollywood’s Kinsey Schofield, “I’m really excited to finally have something that I’m very proud to put my name on.”

Asked whether the recording process on the solo project was lonely compared to recording with BSB, he said, “We all came from individual backgrounds initially, and we all knew god willing if the Backstreet Boys took off for us in the early days, we’d hopefully be able to use it as a launching pad for each of us to spread our wings and each of us do some individual projects. It was definitely a different creative process, I can definitely say that because the fact that being in the group that I am almost two decades, there was a comfort zone that you have with my partners. Even if one day you aren’t feeling the greatest or woke up on the wrong side of the bed to be able to have other partners, the comrades, to share and lean on for extra help.”

Watch the interview below the cut. 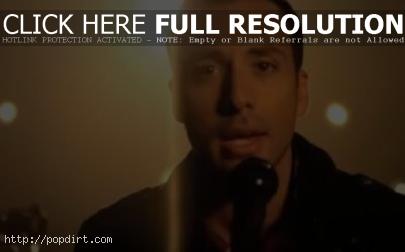 Howie Dorough is out with the music video for ‘Lie To Me’, the second single from the Backstreet Boys member’s debut solo album, ‘Back To Me’. The video, which also features Canadian pop group Neverest, finds Howie D. reeling from a break-up as he’s about to shoot his music video. The ballad is a shift from the album’s upbeat first single, ‘100’. Watch the video and behind-the-scenes footage of Howie and Neverest shooting the clip via YouTube below the cut. END_OF_DOCUMENT_TOKEN_TO_BE_REPLACED

Howie Dorough ‘Lie To Me’ Video Behind The Scenes

Howie Dorough of the Backstreet Boys is premiering a behind-the-scenes video for his second single ‘Lie To Me’. The song and accompanying video features Howie D and Canadian pop-rock quartet, Neverest.

“I felt like this was a great collaboration,” Howie says in the video about working with Neverest. “We’ve wanted to do something together for awhile. My second single just felt like that right song. It’s got that pop-rock feel. It’s got a Neverest vibe. So I’m honored to have this guys on the video with me and to sing the song.”

After the shooting ended, Howie said, “We just wrapped up the video for ‘Lie To Me’. Thank you guys. It was an honor. I’m glad we made this happen, finally, officially a collaboration. Howie and Neverest. I hope you guys enjoy the video.” 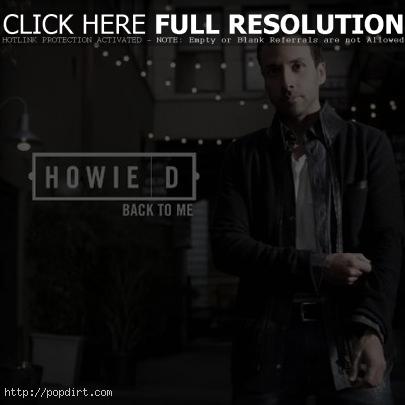 Howie Dorough ‘Back to Me’ Track Listing

With less than a month until the release of his solo album ‘Back to Me’, Howie Dorough revealed the album’s track listing on his Facebook. The full track listing is below, which includes Howie’s latest single ‘Lie To Me’.

‘Back to Me’ Track listing:
Back To Me
Going Going Gone
Dominos
Shatterproof
Lie To Me
Over My Head
Pure
Sleepwalking
Stay
This Is Just What I Needed
Way To Your Heart

In a new webisode on his YouTube, fans can also check out Howie trying some of his favorite Japanese dishes on a recent promo trip.
“I’m actually here celebrating my birthday, again, in Japan, and having the real deal teppanyaki,” Howie D. said inside Eggs & Things. Watch it below.
Back To Me will be released in the U.S. on November 15th. For more info on Howie, check out his official site, Facebook, and Twitter.

Howie Dorough ‘Lie To Me’ 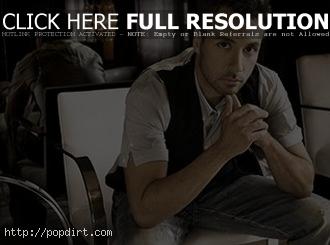 As one-fourth of The Backstreet Boys, Howie Dorough helped build one of the most formidable legacies in pop culture history. With the release of ‘Back To Me’, the debut solo album from the 38-year-old, listeners will hear Howie infuse his sultry and soulful vocals through a myriad of styles to create a stimulating collection of songs that will add to his personal legacy.

Due to the overwhelming demand by fans, Howie is now streaming the new single ‘Lie To Me’ on Entertainment Weekly. Listen here.

Howie Dorough On The Inspiration For ‘Back To Me’ 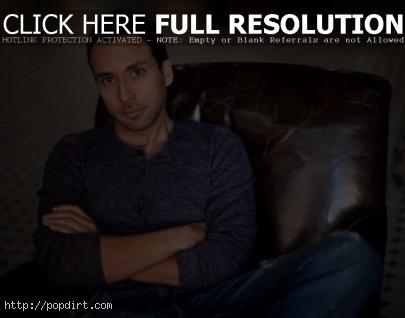 Howie Dorough spoke with BSCkids in a Q&A, where the Backstreet Boys star talked about the boy band’s recent tour with New Kids on the Block, his solo album ‘Back To Me’ and its first single ‘100’, solo tour plans, working with Jon Secada on his album, getting back in studio to record a new BSB album, and more.

“This album is a true representation of where I am in my life right now,” Howie D. said about the inspiration for ‘Back To Me’. “I am really blessed to have a lot of positive energy around my and a lot of good things happening in my life right now that I created an album that reflects that energy. I have a lot of great pop/euro dance songs that make you wanna get up and have fun with life.” Read more.

Howie Dorough is out with the music video to his new single ‘100’, the first release off the Backstreet Boys member’s upcoming debut solo album ‘Back To Me’, out in November. Watch it below.

Backstreet Boys star Howie Dorough checked in with fans on the boy band’s YouTube channel, admitting to being a bit tired after tending to his baby son James and working on their new album. “He is doing so well, growing so strong,” Howie said of James. “We’re so proud of him. I can’t wait for you guys to eventually see him.” Watch below.