Jack Peñate visited Absolute Radio studios in London the other day to talk with host Ben Jones. The singer songwriter offered advice to budding musicians and discussed nerve-racking performances, performing before unfamiliar crowds at festival gigs, and more. Watch it via YouTube below.

Jack Peñate Performs ‘Be The One’ On 3FM

Jack Peñate appeared in the 3FM studio during Lowlands to perform ‘Be The One’, a track off the British singer songwriter’s second album ‘Everything Is New’, out now on XL. Watch it via YouTube below.

Jack Peñate is out with the music video to his new single ‘Pull My Heart Away’, which was filmed in Jordan on Super 8 last month. “The idea for going there came from my schoolboy love for Petra, an ancient city carved into the mountains and one of the sevens wonders of the world,” Jack writes at his blog at MySpace (@jackpenate). The song is off the British singer songwriter’s second album ‘Everything Is New’, out now on XL Recordings. Watch the video via YouTube below.

Jack Peñate ‘Be The One’ Video

Jack Peñate is out with the music video to his new single ‘Be The One’, released in the UK on June 15th. The track is the second release off the British singer songwriter’s second album ‘Everything Is New’, out June 22nd on XL Recordings. Watch via YouTube below. 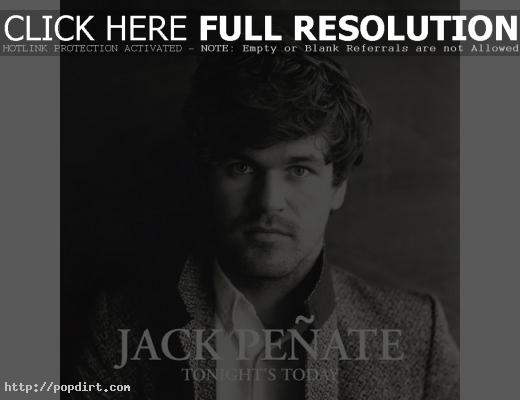 Jack Peñate is out with the music video to his new single ‘Tonight’s Today’, the first release from the British singer songwriter’s forthcoming sophomore album. The single is available in the UK on March 30th via XL Recordings. Watch the Alma Harel directed video below.