Jamie Scott & The Town were joined by Jamie’s mother during a performance of ‘Gold’ at Proud Galleries in Camden on May 28th. Watch via YouTube below.

Jamie Scott Blogs After Being A Radio DJ For A Day

Jamie Scott of Jamie Scott & The Town checked in with his blog at MySpace (@jamiescottandthetown) on Tuesday (November 27) with the following bulletin:

Hey guys, so I just wanted to tell you that I really enjoyed presenting Juice Radio yesterday in Liverpool…

I was live on air at 7am ’til 9:30am – it was such an early start! Also, by popular demand, I performed the Leona Lewis cover ‘Bleeding Love’ – a radio exclusive! It was pretty funny cos I had to do the weather and travel updates (quite surreal really!) Anyway, I left there with some pretty warped ideas of wanting to have my own radio show! Ha ha!!

Tonight we’ve got a show at The Troubadour and I have had so many messages from people saying they are coming down so thank you, and I hope you enjoy the show later. Make sure you clap really loud in ‘Lady West’ and make a lot of noise when we start ‘Streetlamp’ – the second song in the set!!!

See ya later, or if not hopefully at a gig soon.

Jamie and the boys x

PS thank you so much for all the plays of our ‘Standing In The Rain’ video, it’s already 18th most viewed this week after only a few days!

Jamie Scott of Jamie Scott & The Town sent out the following bulletin to his Myspace friends (@jamiescottandthetown) on Saturday (November 24):

It seems all I ever have is exciting news these days and it just keeps on coming! The video for ‘Standing In The Rain’ has just gone and become the NUMBER ONE UK MUSIC VIDEO on YouTube today!! An amazing double following on from the Leona cover which did the same thing. This feels even better though as it’s one of my songs this time!

So just wanted to say thanks LOADS to all of you as it wouldn’t have happened without you. Also thanks for all of your messages – every weekend you guys are so nice to me so I hope you’re all having a good weekend – as mine – as you can tell is going great now!

Keep watching the video and let me know what you think by commenting on the MySpace.

Jamie Scott & The Town ‘Standing In The Rain’ Video 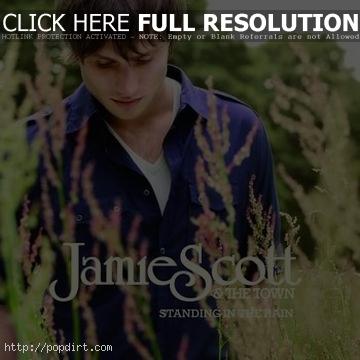 Jamie Scott & The Town are out with the music video to their new single ‘Standing In The Rain’, the second release from their debut album ‘Park Bench Theories’, out now on Polydor. Watch it at YouTube.

Jamie Scott & The Town posted a cover of the ‘X Factor’ winner Leona Lewis’ number one debut single ‘Bleeding Love’ on their tour bus while opening for Take That in Europe. Watch it, after a band intro, below. 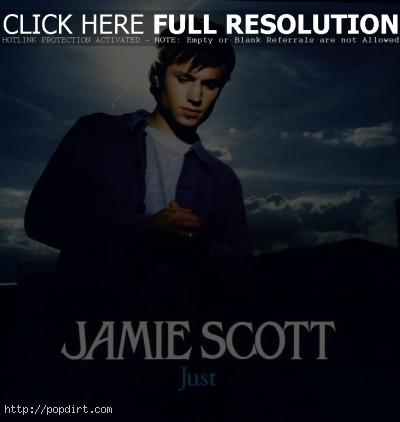 Pop newcomer Jamie Scott is out with his debut video ‘Just’, due out August 9th in the UK. Watch it online below.