Janet Jackson believes in killing with kindness, so playing a tough, icy character in ‘For Colored Girls’ was a stretch. Janet talked with TV Guide about staying in a difficult character, while Tyler Perry, Thandie Newton and others discussed the film. “Trying to be kinda bitchy or a bitch, that was kind of tough in the beginning,” Jackson said of her role. The video at DailyMotion has since been removed.

February 14, 2011 – In an interview airing Tuesday (February 15), Janet Jackson tells CNN’s Piers Morgan about her relationship with her father Joe Jackson and misconceptions of her late brother Michael Jackson. Watch the preview below.

Janet Jackson opens up to Larry King about the passing of her brother Michael Jackson and also discussed the effects of bullying on ‘Larry King Live’ on Thursday evening (November 4). “I think it really says more about themselves, how they feel about themselves,” Jackson said when asked why people bully. “There’s something about themselves, I feel, that doesn’t set right, something – whether they hate, they dislike, something that may be going on, issues at home with their parents. Who knows what it is? But it’s something going on inside of them. And I think it’s them lashing out.” Watch a highlight clip from the CNN program below the cut. END_OF_DOCUMENT_TOKEN_TO_BE_REPLACED

Justin Bieber, Nicole Scherzinger, Janet Jackson, Miley Cyrus, Enrique Iglesias, Adam Levine, Pink, Celine Dion, Orianthi, Jonas Brothers, Fergie, Katharine McPhee, Jason Mraz and Jordin Sparks were among the stars who participated in a recording of the remake of the 1985 charity single ‘We Are The World’, written by Lionel Richie and the late Michael Jackson.

Watch ‘We Are The World 25 For Haiti’ via YouTube below. 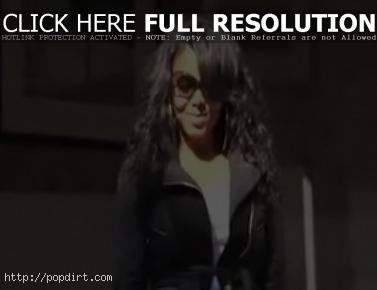 On Saturday (November 14), hundreds of fans showed up to dance and cheer on the three Janet Jackson flash mobs held in the Los Angeles area to celebrate her upcoming album ‘Number Ones’ ahead of yesterday’s release.

Fans were treated to a special surprise when Janet stopped by the 2pm Flash Mob at The Grove to watch the dancers. Visit JanetJackson.com for photos from the flash mob and to find out how you can win a phone call from Janet in Janet’s Number Ones Scavenger Hunt.

Watch highlights from the flash mobs below.

Janet Jackson Promotes ‘Number Ones’ At The Grove

November 18, 2009 – Janet Jackson celebrated the release of her new album ‘Number Ones’ with her fans on Saturday (November 14) at The Grove in Los Angeles. Watch footage of the singer being greeted with a flash mob at the event via YouTube below. 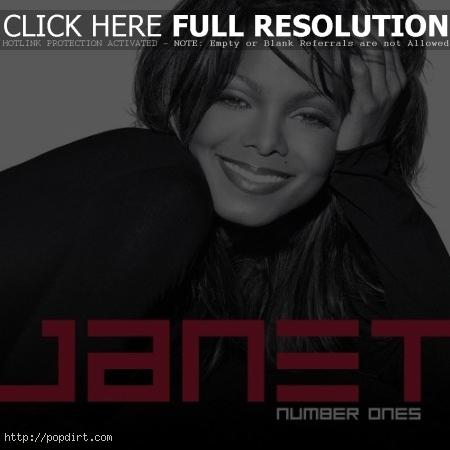 Janet Jackson is releasing a greatest hits album next week (November 17th) via Universal Music Enterprises’s Hip-O Records titled ‘Number Ones’. The 2 CD release features 34 of her chart topping songs such as ‘What Have You Done For Me Lately’, ‘Miss You Much’ and ‘Rhythm Nation’.

November 5, 2009 – Janet Jackson was spotted listening to music as she entered Los Angeles International Airport on Monday (November 2). The pop star had been in Abu Dhabi for the Grand Prix Ball, where she was supporting fresh2o, a charity initiative dedicated to enabling the provision of clean safe water for drinking and sanitation purposes. The photo from Bauer-Griffin has since been removed. 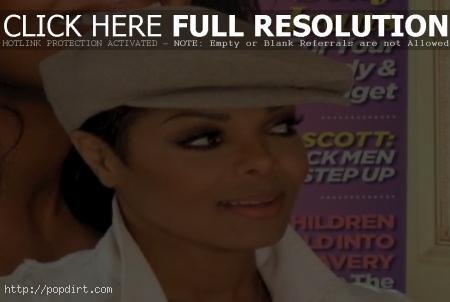 Janet Jackson Releases ‘Make Me’ After VMA Tribute To Michael

September 14, 2009 – After performing in tribute to her brother Michael at last night’s MTV Video Music Awards, a new song from Janet entitled ‘Make Me’ was posted at the singer’s official web site, JanetJackson.com. Janet wrote on her Twitter (@JanetJackson):

Thank u for ur endless love n support!

August 17, 2009 – TheDailyBeast.com’s Diane Dimond spoke to ‘The Early Show’ co-anchor Harry Smith about speculation surrounding a possible Jackson family concert tour. Sources say Janet Jackson is reluctant to take part in a 10 city U.S. trek that would reportedly bring in $13 million collectively to the family. Janet would earn the largest piece of the pie at $4 million, with Jermaine, Jackie, Randy, Marlon and Tito making $1.5 million each. Janet’s sister La Toya would earn just $500,000, while her other sister Rebbie would make $250,000 in the AllGood Entertainment deal.

“Janet Jackson, the baby of the family, ironically now, has taken the position of Michael in the family. She is the primary bread winner, as was he in his heyday,” Dimond said, adding that the concert “may be the only way for the brothers to make money.”

Watch the segment, aired Friday (August 14), below the cut. END_OF_DOCUMENT_TOKEN_TO_BE_REPLACED

Janet Jackson has dumped her longtime boyfriend Jermaine Dupri as the singer prepares for the possible role of raising the children of her late brother Michael. “It’s over. I’ve got to concentrate on my family at the moment,” Janet reportedly told the hip hop mogul, according to News of the World. A source added that Janet was furious Jermaine didn’t attend Michael’s memorial service.

Janet Jackson spoke out about her brother Michael’s death for the first time at the BET Awards. Meanwhile, the family is planning a memorial service for the King of Pop.

“My entire family wanted to be here tonight but it was too painful,” Janet told the audience in Los Angeles. “To you, Michael is an icon. To us, Michael is family and he will forever live in our hearts.”

Watch a report from NBC’s Mike Taibbi, aired on the ‘Today’ show Monday (June 29), below.

A noticeably heftier Janet Jackson was photographed at Nice Airport on Tuesday (May 26) with brother Jermaine Jackson and his wife Halima Rashid. At one point, the pop star’s bodyguards try to shield Janet from cameras by using a large black umbrella. Check out pictures from celebitchy.com.

December 30, 2008 – Jermaine checked in with fans on his blog at global14.com on Thursday (December 18), denying a report that his longtime girlfriend Janet was pregnant. The rapper and producer tells readers:

To all the Janet fans,

As you all know Janet is a very private person the only reason you see her as much as you do on my YouTube vlog is because of me lol. But I hear yall and your questions. So hear you have it… no she is not pregnant and yes we’re still together. It baffles me how yall let these blog and magazines control your lives. That’s why I created global14.com so whenever hear sh** about me, you can come right here and get the truth. 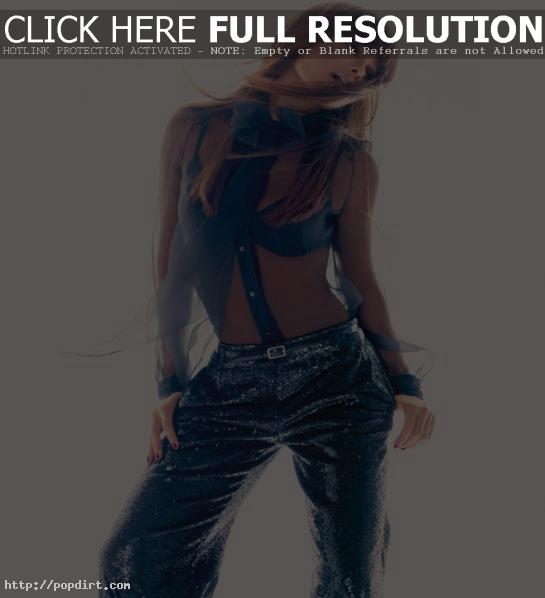 The National Enquirer hears that Janet Jackson is furious with Beyonce Knowles after the Destiny’s Child star took a shot at her parents Joe and Katherine. “I grew up upper class. Private school,” Beyonce told Elle magazine writer Will Blythe. “My dad had a Jaguar. We’re African-American and we work together as a family, so people assume we’re like The Jacksons. But I didn’t have parents using me to get out of a bad situation.”

“Janet wanted to know why Beyonce had to mention her family,” an insider told the tabloid. “They’re not friends and barely know each other. She feels Beyonce went out of her way to tell the world she’s from the upper class and the Jacksons were like a bunch of dirty gutter rats.” Read more.