Jesse McCartney was spotted outside the Roxbury on Friday (January 21) in Los Angeles. The singer shielded his face from the pesky paparazzi before entering an awaiting SUV. Watch Hollywood.tv footage via YouTube below. 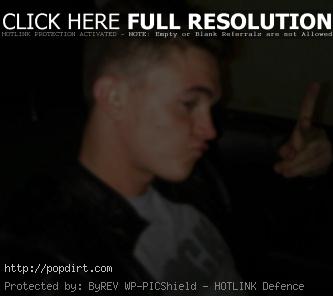 Contest Winner Gets All Access Treatment From Jesse McCartney

Danielle Boggio lived out her dream and won a chance to meet her favorite artist, Jesse McCartney, as part of Wendy’s Get Close contest. Boggio received a trip to Sacramento to meet Jesse while on tour. She enjoyed a private soundcheck performance, backstage, access, a chance to interview the singer, and took part in a meet and greet with all the bands, including 3OH!3, B.o.B and Paramore.

“Certainly I made a lot of sacrifices,” Jesse said when asked if he missed anything during his youth being a child entertainer. “In this profession, you definitely miss out on certain things, but I would say I had a relatively normal childhood. I went to public high school in New York. I ended up graduating, walked with my class. My whole career was kind of a separate thing from my childhood, it was my other life. I missed a couple dances here and there but overall I think it was worth it.”

The highlight video from Danielle’s special day at MySpace has since been removed.

Jesse McCartney is out with the music video to his new single ‘Shake’, off the American pop singer’s fourth studio album ‘Have It All’, out December 28th on Hollywood Records. Watch the Toben Seymour directed video via YouTube below.

Jesse McCartney ignored the pesky paparazzi departing Ago on Tuesday night (November 2), ignoring questions about Rick Fox getting the boot from ‘Dancing With the Stars’ and Demi Lovato checking in for treatment. Watch Hollywood.tv footage via YouTube below. 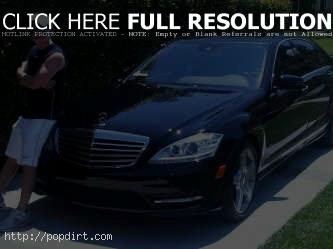 Jessie McCartney checked in with his Twitter followers (@jessemccartney) on Monday (August 9), showing off a new Mercedes he purchased over the weekend. The singer writes:

Jesse McCartney visited KIIS FM in Los Angeles for JoJo Wright’s Top 9@9 on Friday (October 9), where the pop star and a fan in the studio exchanged ass grabs. Jesse talked about hanging out with T-Pain in Miami when they were recording ‘Body Language’ and then hitting a strip club, doing a concert for City of Hope with Demi Lovato and Miley Cyrus on October 25th, and the Twitter addiction he and JoJo share.

Jesse McCartney just performed ‘The Star-Spangled Banner’ at today’s NASCAR Sprint Cup race in Fontana, California, but the pop singer missed a verse (or two) and was off-key during the disappointing national anthem rendition. Jesse had told fans prior to the performance on his Twitter (@jessemcCartney):

On my way to Auto Club Spdwy for NASCAR. Getting ready to sing the National Anthem. 12pm PST on ABC.

The situation is generating some buzz on Twitter, with opinions ranging from “epic fail”, “moron” and “idiot”.

Update: TMZ has the video.

Update II: Jesse had this to say on his Twitter:

Here At the Nascar race! So much fun! Can’t believe I forgot the words to the Anthem! I’ve performed it 100 times. Bad Nerves today I guess 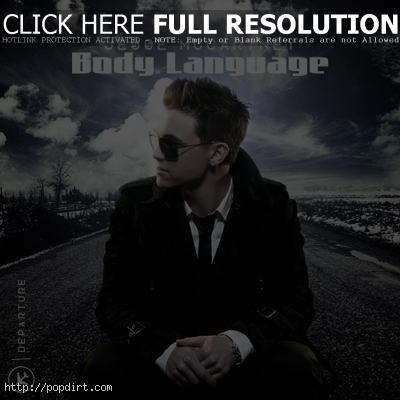 Jesse McCartney is out with the music video to his new single ‘Body Language’, featuring T-Pain, off the American pop singer/actor’s album ‘Departure: Recharged’, out now on Hollywood Records. Watch it via YouTube below.

Jesse McCartney, Wyclef Jean, Josh Groban, Billie Jean King, and Alfre Woodard were just a handful of the celebrities who appeared at a special tribute concert for Nelson Mandela’s 91st birthday. Asked what Nelson’s message sends to the youth of today, Jesse responded, “I think the main message is to make an imprint. You know, he put 67 years in, if you put 67 minutes in, a little over an hour of charity work. You know, taking a step forward and trying to change the globe, whether it’s a charity, some sort of organization that deals with kinds – that’s my thing – we could really make the word a better place. It doesn’t take that much.” Watch the red carpet highlights below the cut. END_OF_DOCUMENT_TOKEN_TO_BE_REPLACED