Jessica Mauboy is out with the music video to her version of ‘Saturday Night’ that doesn’t include Ludacris. The song is the second single from the ‘Australian Idol’ runner-up’s new album ‘Get Em Girls’. The original video was directed by Hype Williams in Los Angeles. Watch it via YouTube below. 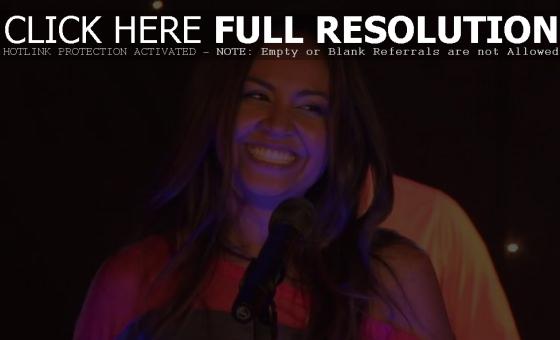 Jessica Mauboy performed tracks from her second album ‘Get Em Girls’ during an intimate YouTube Session. The ‘Australian Idol’ alum performed a set list that included ‘Get Em’ Girls’, ‘Maze’, ‘Like This’, ‘Can Anybody Tell Me’, ‘No One Like You’, ‘What Happened To Us’, ‘Re-Connected’, ‘Scariest Part’ and ‘Saturday Night’. Watch the show below. 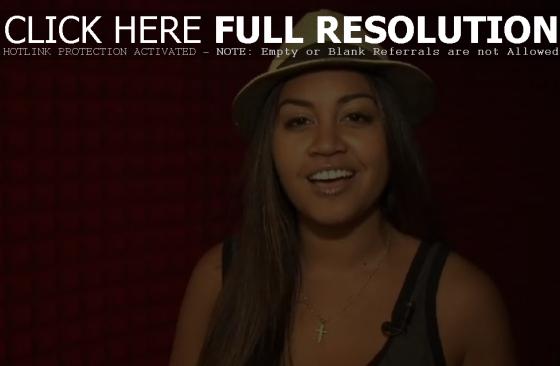 Jessica Mauboy will perform songs from her new album ‘Get Em Girls’ for a YouTube Live Session in December. She would like you guys to ask any questions you might have. Submit your questions for Jess at youtube.com/sessions, and she’ll answer the most popular ones as voted by fans. Watch a message from the ‘Australian Idol’ alum below.

A sample of the tracks from the forthcoming Jessica Mauboy album ‘Get ‘Em Girls’, due for release on November 5th, has been posted at the ‘Australian Idol’ season four runner-up’s YouTube channel. The CD features collaborations with Snoop Dogg, Jazze Pha, Ludacris, and Jay Sean Iyaz. Listen to the 14 song clips below.

‘Everyone’ was shot entirely in Singapore. The singers were filmed performing the song against iconic Singapore backdrop/landmarks like the city skyline, Singapore Flyer, Marina Barrage, and Esplanade. Montages of young athletes competing in various sports are also featured in the video. Watch it via YouTube below.

Jessica Mauboy ‘Let Me Be Me’ Video 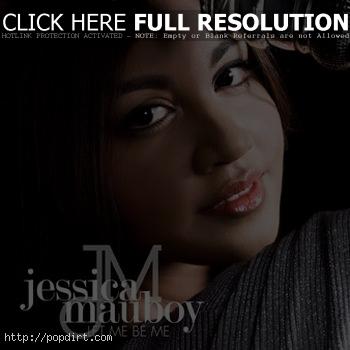 Jessica Mauboy is out with the music video to her new single ‘Let Me Be Me’, the sixth release from the ‘Australian Idol’ season four runner-up’s debut studio album ‘Been Waiting’, out now on Sony Music. Watch it via YouTube below.

Jessica Mauboy ‘Because’ Video Behind The Scenes

A behind the scenes look at the shooting of Jessica Mauboy’s ‘Because’ video clip has been posted at the ‘Australian Idol’ season four runner-up’s YouTube channel. The track is off the 19-year-old singer’s debut studio album ‘Been Waiting’. Watch below. 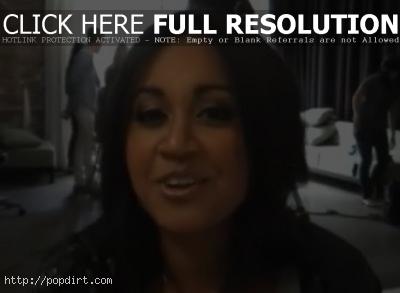 Jessica Mauboy is celebrating a strong start to 2009 with her single ‘Burn’ hitting the #1 spot on the ARIA singles chart this week. ‘Burn’ is the follow up single to her double platinum hit ‘Running Back’ featuring Flo Rida, taken from her debut solo album ‘Been Waiting’.

On hearing the news, the ‘Australian Idol’ season four runner-up said, “My Dad is so excited! In true Darwin spirit he is taking me out fishing for barramundi this weekend to celebrate!”

Jessica Mauboy checked in with fans on her blog at MySpace (@jessicamauboy) on Monday (December 8) during a break from filming her ‘Bran Nue Dae’ in Broome, Australia. The ‘Australian Idol’ season four runner-up writes:

HEY GUYS! just wanted to say thanks to you all continuous support and for BUYING MY ALBUM! It is so great to see the results and to see you all are enjoying all the songs. I am loving your comments about the album and what you think of it – keep posting!

So, the filming is going great so far. We’ve only got one more scene to do – so excited it is nearly wrapped, and I can’t wait until it is out and for you guys to go and watch it. I just recently finished doing a scene – a love scene – where I had to kiss a boy. It was very SCARY and my heart was beating so fast. But i passed… I finally graduated with my first onscreen kiss!

Keep checking back and I’ll keep you posted – I’ll be doing some in-stores soon so keep tuned to my MySpace for the info.

Jessica Mauboy checked in with fans on her blog at MySpace (@jessicamauboy) on Thursday (November 13), as the ‘Australian Idol’ season four champ prepares for the release of her debut studio album ‘Been Waiting’ on November 22nd. The pop singer songwriter tells readers:

Things are getting hotter and I’m so thrilled that we are officially launching the album in a week, so all of you that have been waiting start your countdowns because here I come.

By the way you’ve all probably heard some of the samples on the MySpace… Just want to let know that the album is set for you all and it’s amazing and the next single is smashing and I’ve just heard the remix for it and my mouth just dropped open.. so you will be hearing it very very soon!