Joey McIntyre of New Kids on the Block and singer/songwriter Emanuel Kiriakou prepared for their intimate show series every Saturday in February at The Lounge at The Palms Las Vegas in a new YouTube video. Watch the pair speak about their perfect venue, fan experiences, and why they love The Palms below. “We want to get out of our comfort zone and thing outside of the box as performers,” Joey explained. “This is it. It’s always fun to see artists that you love and follow up close and in person. The more intimate it gets the more fun we have.”

Joey McIntyre And Family At The Grove 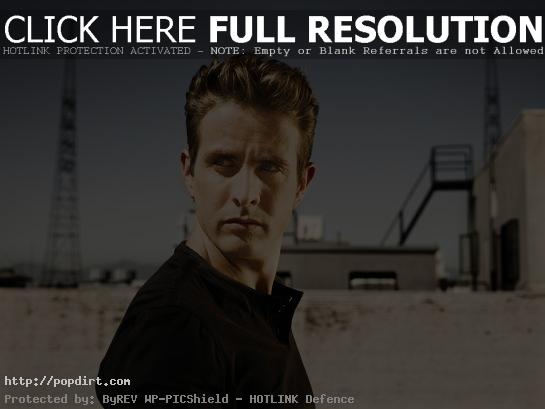 Joey McIntyre of New Kids on the Block was joined by his wife Barrett and their baby Griffin Thomas at The Grove in Los Angeles on Wednesday (December 24). Watch footage below the cut. END_OF_DOCUMENT_TOKEN_TO_BE_REPLACED

Former New Kids on the Block member Joey McIntyre was on the phone with Jackie & Bender of KISS 106.1 FM in Seattle on Thursday (December 7) to promote Dancing with the Stars Live, coming to Seattle on December 22nd. He talked about how the singing and dancing careers relate, Master P not giving it much effort on the show, and having a different dance partner for the tour. kiss1061.com has since removed the audio.

Former New Kids on the Block member Joey McIntyre was joined by his wife at the Palm West Cancer Prevention Fund benefit held at Palm West in New York City on Monday (November 8).

Former New Kids on the Block singer Joey McIntyre has a song on his new album ‘8:09’ that appears to be a song confessing his love for Britney Spears while dissing her ex-boyfriend Justin Timberlake of *NSYNC. Read the lyrics, download and listen to ‘This Is Different’ here.

Former New Kids on the Block star Joey McIntyre spoke with the Boston Herald after getting axed by David E. Kelley on ‘Boston Public’. “I’m not broken up about it at all,” Joey Mac said. “When I left, I didn’t look back. I knew I wasn’t going to get more time.” The singer/actor now is starring in his new play ‘tick, tick . . . BOOM!’ at the Wilbur Theatre. He also talked about his upcoming marriage to Barrett Williams.

The Boston Herald reports former New Kid On The Block crooner Joe McIntyre is getting married to Barrett Williams on August 9th at The Plaza in New York City. “I couldn’t be happier,” Joe admitted. “And I’ve never been more sure of anything in my life.” The singer turned ‘Boston Public’ actor met Williams, a real estate agent, while looking for an apartment on the West Coast.

Former New Kid On The Block, Joey McIntyre, or Joe Mac stopped by the Rick Dees show on Monday where he performed live and talked about what he’s been up to and his acting gig on ‘Boston Public’. Joey also talked about his NKOTB memories, admitting it got a little out of hand at the end. Audio has since been removed.

MTV News spoke with former New Kids on the Block member Joey McIntyre and former New Edition member Johnny Gill, who weighed in on the prospects for the solo careers of *NSYNC star Justin Timberlake and his Backstreet Boys rival Nick Carter. “Justin’s hitting the ground running, and Nick’s been away for a while,” McIntyre explained. “It’s only been a year, but it’s going to be harder for him. The segue wasn’t as quick. Justin’s done some stuff to make his segue a little bit easier. He has aligned a lot of people in his corner. He’s really not missing a beat. Business-wise, it’s a smart move.” Read more of their comments here.

September 16, 2002 – Contributed by nellysgirl: It seems that people really like Justin’s new video, ‘Like I Love You’, which is off the *NSYNC star’s first solo album ‘Justified’, because it debuted number one on TRL last Thursday and was also number one today. Justin beat out people like Avril Lavigne and Eminem. He is the 13th artist to ever debut at number 1. It has been said that he will be on TRL (he will be on BET during the same week) next Monday to talk about things like his album and maybe who he’s dating (Alyssa Milano?). And Nick Carter will be joining the countdown this week also. So will he reach to the top? Or sink?

September 16, 2002 – Justin talked with MuchMusic last week about his debut solo effort ‘Justified’. “I’m very proud of the music that I put together on this record. I’m anxious, I want the world to hear it,” Justin said. “I think this is a great opportunity for me, cause I love *NSYNC, I love everything we’ve done, but even before *NSYNC was *NSYNC as people know it, I was myself. And I feel like this is an opportunity for me to show the world the artist that I feel that I am.”

September 15, 2002 – Searches for Justin were huge in August, as the *NSYNC star embarked on his debut solo album. Searches for ‘Justin Timberlake’ were 118,286 last month on pay-per search engine overture.com. The next closest *NSYNC’er was Lance Bass (21,209 searches), helped largely by interest in his space mission. Interest in Justin’s possible relationship with Janet Jackson sparked big interest too. The most popular misspelling was Justine Timberlake. Justin’s most searched song lyric was ‘Like I Love You’ with 2,434 queries.

Timberlake Hypnotized To Get Over Britney Split

September 14, 2002 – News of the World reports *NSYNC star Justin Timberlake requested to meet celebrity hypnotist Paul McKenna from the UK to meet with him to help him get over his break-up with Britney Spears. A source at Jive tells the British tabloid, “Justin saw Paul on the Montel Williams chat show over here and really liked him. Paul asked if he could help him in any way. We got in touch with Paul’s people in the UK and flew him out. Justin was feeling down after splitting with Britney and Paul spoke to him and made him feel positive about things. He’s got a solo single called Like I Love You coming out and is a great talent but he just needed that little push.”

TV Guide insider spoke with former New Kids on the Block star Joey McIntyre on his new acting role in ‘Boston Public.’ “I’ve been acting since I was a kid, but I figured I’d stay in New York or Boston,” he said. “I wasn’t going to come out here lookin’ for a gig, but I came out here for a day and did the audition for Boston Public. I was just really excited that I got it – I’m from Boston, so it’s really exciting to be able to represent!”