Karmina checked in with fans on their Facebook earlier today after reaching their goal to raise $5,000 via Kickstarter to fund their new album since they no longer have label support. They will perform a gig in Los Angeles to celebrate the fundraiser on December 9th. The sister duo write:

Can’t believe it, can believe it, can’t believe it, CAN! We’re going to finish this album!! Thank you Jeff, Debra, Dominic, Rebecca, Jacqui, Jessica, Katie, Kathleen, Dianne & Alyson for being the pledgers to put us over our goal…wow. Any extra pledges will go toward either another song on the album, a website facelift or touring….. 4 more days!

Karmina In Austin For SXSW 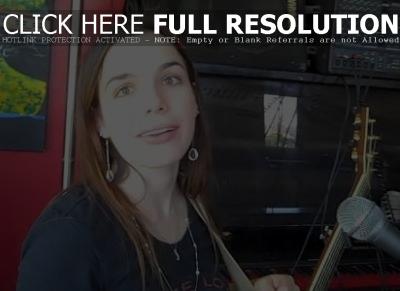 Part one of Karmina’s tour through Austin for SXSW and San Francisco has been posted online. The sibling fronted pop rock band arrived in Austin with only 2 1/2 hours of sleep.

They are seen rehearsing, picking up some breakfast, a Spanish lesson and flashed some devil horns before heading to the venue for their concert.

Karmina Perform ‘The Kiss’ On ‘The Early Show’

Sisters Kelly and Kamille Rudisill of Karmina visited ‘The Early Show’ on Saturday (May 31) to perform on the show’s ‘Second Cup Cafe’ series. They talked about the importance of being part of the production and songwriting process, so “it comes out very personal to you.” They said they resisted efforts to relinquish that control earlier in their careers. They then performed ‘The Kiss’, off their debut album ‘Backwards Into Beauty’, out Tuesday. Watch the brief interview and performance below the cut. END_OF_DOCUMENT_TOKEN_TO_BE_REPLACED