Katelyn Tarver’s friend Paris Carney had a show at Room 5 in Los Angeles and invited Katelyn to sing along with her and even let her sing one of her new songs that she wrote recently with Jason Reeves and Makana Rowan. Watch Katelyn performing ‘It’s Good’ via YouTube below.

Katelyn Tarver Behind The Scenes On ‘Big Time Rush’ 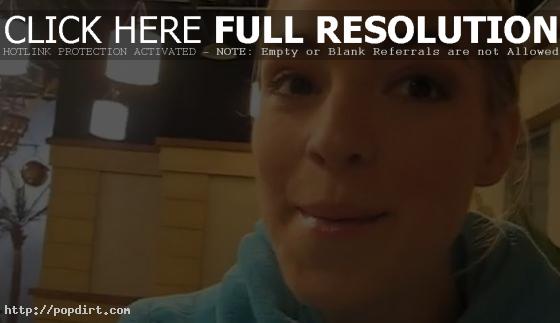 Katelyn Tarver posted some behind the scenes footage on the set of ‘Big Time Rush’ before it aired Friday on Nickelodeon.

“Wanted to share a few clips that I took while I was filming… I had such a great time and it’s been an honor to work on the show,” Tarver writes.

Watch the clip below, featuring the song ‘Big Time Rush’ by Kendall, Logan, Carlos and James.

Katelyn Tarver Starting Back Up On Music

Katelyn Tarver updated fans on her blog at MySpace (@katelyntarveronline) on Tuesday (January 26), discussing her role in ‘Big Time Rush’ on Nickelodeon and what’s up with her music career. The 20-year-old writes:

I’m very close to starting back up on my music. It’s been a lot of behind the scenes, business-y stuff going on with it but I think I’ve FINALLY gotten to a place where I can start working again, and even actually start THINKING about getting to go on tour and perform! Yes I said tour!!!! Ah. I really hope at some point this year, I’ll be able to go out and perform. I’ve missed it. So much. But- it’s OK- it’s been good.

Katelyn Tarver updated fans on her blog at MySpace (@katelyntarveronline) on Thursday (November 12), talking about her Nickelodeon pilot getting picked up and celebrating her 20th birthday. The pop singer writes:

SOOO — remember that pilot I did last October for Nickelodeon?? Remember? Wellll, it got picked up a few months ago , and I’m shooting an episode next week!!!!! WHOOOOO!!! I’m SO excited! As of right now, I’m only shooting one episode but hopefully it might turn into more! Yes? Maybe? Hopefully?? I got the script yesterday, and I went in for my wardrobe fitting today…. I’m so pumped. And so thankful! I’ll keep you guys posted but just wanted to share that with you!

Katelyn Tarver checked in with fans on her blog at MySpace (@katelyntarveronline) on Monday (November 2), which also happened to be the pop singer’s 20th birthday. Tarver writes:

Hello my friends!! It’s been a while I must say…. I want to go ahead and start off by saying I’m sorry I haven’t been updating as much lately. I’ve just been getting used to living in a new place, getting to know new friends, finding my place in this city…. just really trying to figure out what I’m doing and who I’m growing into… yeah, deep stuff I know… ;)

SO, I figured what better time to catch back up than…. ON MY BIRTHDAY!! I’m TWENTY!! If you can’t believe it, I can’t believe it ten times more. It’s weird to think I turned sixteen, FOUR years ago!!? What?!?? It’s truly hard to believe.. which makes me think.. wow– in the short amount of time it took from 16 to 20.. it will take the same short amount of time for me to be 24! then 28! then 32! Ok.. I’ll stop.. Basically, I’m saying my teenage years flew by. FLEW by. As I look back and think on them though.. they were amazing. I was thirteen the year that I really discovered my passion for music and performing. I was on a national TV show singing every week, and it was the greatest thing ever. Little did I know the ride it was going to take me on. And my family! Pursuing a career in entertainment has taken me on many different adventures.

Katelyn Tarver posted highlights from her recent trip to New York City with her great friend and ‘Sonny With a Chance’ star Tiffany Thornton. The girls checked out ‘Marry Poppins’ on Broadway, while Katelyn reviewed all the food she stuffed down on the trip. Watch via YouTube below.

Katelyn Tarver posted some highlights from her trip to Colorado with her family, hitting the slopes and a karaoke restaurant. Watch it via her YouTube channel below.

Katelyn Tarver Getting Ready To Return To The Studio

Katelyn Tarver checked in with fans on her blog at MySpace (@meiko) on Sunday (March 29), talking about some of the interviews she’s done, skiing with the family in Colorado, attending the Honor Society show the previous night, and what’s up with her new music. Tarver writes:

As far as new music news– I’m getting ready to get back in the studio and come up with some really cool songs. I’m beyond anxious to get out there and perform and get everything going.. but.. it will happen soon. I KNOW it. And I thank all of YOU for sticking with me throughout everything and supporting me. It really encourages me to see your comments and messages everyday… and I mean that. So THANK YOU. I love all of you!! And I really hope to meet all of you very soon! 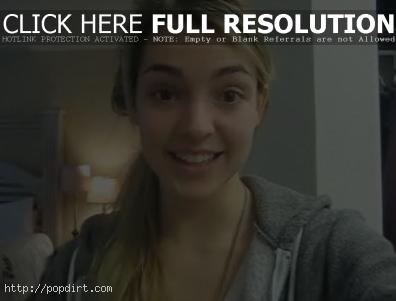 Katelyn Tarver and her friend Leven had the chance to go to the ‘Jonas Brothers: The 3D Concert Experience’ movie premiere on Tuesday, documenting some of her evening.

Katelyn first checked in from her house before getting hair and makeup, then was joined by Leven on the way to El Capitan Theatre in Hollywood. After walking the red carpet, Katelyn was back in the car talking about the “great movie” telling fans to “all go see it”.

Katelyn Tarver blogged about attending the premiere of ‘Jonas Brothers: The 3D Concert Experience’ at El Capitan Theatre in Hollywood on Tuesday night. The pop singer, who toured with the sibling pop trio before they became America’s biggest boy band, writes on her blog at MySpace (@katelyntarveronline):

SO – last night I got to go to the premiere of the Jonas Brothers new 3D movie. It was so. much. FUN! I took some video so I’ll try to get that posted very soon. But until then I’ll just try to recount the night for you guys! My friend and I arrived at the premiere around 5:15 and it was absolutely crazy!! So many people were there! It was great. I walked up to the tent where they have your tickets and I told them my name and they were like “ummm.. we dont’ see a Tarver”. Great. Just great. BUT – after a few frantic calls and a disappointed feeling, they found it and I was good to go! Haha.. I WOULD be the one who got ready and excited to go then them not be able to find my ticket hah! So after that I walked the carpet for a bit and actually got my picture taken!! Crazy!! Hahah… I also saw my one of my LA street team girls and her friends!! It was so awesome that they were there.. I was so happy to see them! Also to see everyone else there that asked me for a picture or autograph.. it really means a lot so THANK YOU! After about an hour on the carpet, it was time to go watch the movie. It was fantastic! Seriously, you all need to go see it. It was so fun to watch. And for me to have performed with them for 200 people and then to see them performing for thousands and thousands of people.. it still amazes me every time! They’re so talented and definitely deserve all of their success. After the premiere my friend and I went to the House of Blues where I finally got to see the boys and congratulate them on the movie!! We had a blast and all in all it was a wonderful night!