Katharine McPhee is hosting a ‘Karaoke Challenge’ on DailyMotion, where participants can win items such as a 32gb iPod Touch and a phone call from the ‘American Idol’ season five runner-up.

“Do you guys like karaoke,” McPhee asks. “Come on everybody likes some sort of karaoke. Well I know I do. Here’s your chance to win at a karaoke contest. Go to DailyMotion, do your best Karaoke, and have a chance at winning some very cool prizes. So good luck.”

Watch a message from Kat about the contest and check out details here.

‘American Idol’ season five runner-up Katharine McPhee spoke with Fox411 at VH1’s Save the Music Big Shopping event, where she had nothing but nice things to say about meeting Fox News host Greta Van Susteren while taping a special for Fox News that airs over Thanksgiving.

“I love, love Greta! I always watch her show and I really enjoy watching Fox News,” the singer/actress revealed. “Greta is so petite in person. After watching her on TV, I thought she was going to be this tall woman. I think Greta is so easy to talk to and she has such a kind way about her.” Read more.

Katharine McPhee recorded a video clip after doing her Walmart Soundcheck performance, which will be available to view at soundcheck.walmart.com on January 1st. “As you can see my feet are hurting me from these high heels, so I’m sitting on the floor,” the ‘American Idol’ season five runner-up says. “It was really fun and I hope you guys check it out in January.” Watch the brief video below.

Katharine McPhee Loves All The Songs On ‘Unbroken’

Anthony Jones of Celebrity News Service caught up with Katharine McPhee in a Q&A, asking the ‘American Idol’ season five runner-up what’s her favorite song on her second album ‘Unbroken’. “I’ve been really connecting with the song ‘Surrender’ that I wrote with Ingrid Michaelson and Marshall Altman,” McPhee responded. “Well, I’m one of the writers so I would hope I’m connected to it. But it’s about wishing you could see yourself the way someone else sees you and loves you. Girls struggle with, and I struggle with, self-appreciation, self-love. That’s probably my favorite song lyrically. But from starting to promote the songs, I think my favorite right now is ‘It’s Not Right’, the first song on the album. I’m having a blast singing the single too, ‘Had It All’, so that’s definitely a top contender. I really truly do love all the songs. That’s a good position to be in, when you love all your music.”

The entire interview at allheadlinenews.com has since been removed.

Katharine McPhee ‘Had It All’ Video 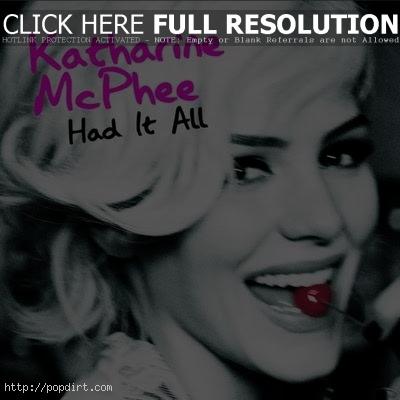 Katharine McPhee is out with the music video to her new single ‘Had It All’, the first release from the ‘American Idol’ season five runner-up’s second album ‘Unbroken’, out January 5, 2010 via Verve Forecast Records. Watch the Cyril Guyot directed video below.

Katharine McPhee answered a couple fan questions on her Kyte.tv channel, including advice she’d have for an aspiring pop singer and how she’d describe the songwriting process. “The only thing I could probably say, I know it sounds cliché, don’t let anybody get in your way,” told the pop hopeful. “Just keep plowing forward and practice practice.”

Video of the responses at Kyte.tv have since been removed.

Funny Or Die has a sneak peak into a celebrity slumber party starring Katharine McPhee, Alyson Hannigan, Emily Deschanel, Minka Kelly and Jaime King. The comedy clip serves as a reminder for women to do a monthly breast exam. Watch it below.

Katharine McPhee was on hand for Mercedes-Benz Fashion Week in Bryant Park on Thursday (September 17) in New York City. The ‘American Idol’ season five runner-up is readying her second album ‘Unbroken’ for release in January. Check out pictures from zimbio.

Katharine McPhee posted some behind the scenes footage from the recording of her second album ‘Unbroken’.

The first is the ‘American Idol’ alum introducing the series of clips on the set of her ‘Had It All’ music video sporting a blonde hairdo.

The second is Kat doing day one of tracking at The Village with producer John Alagia, featuring commentary from her and the band.

“It’s always an interesting process because tracking is really just the band putting the foundation of the song,” Katharine explained. “Which is not what the full realized song is gonna be like. You have to have room for imagination and it sounds pretty good.”

The third is day four of tracking, where Katharine talked about pairing the songs down and sat down for a jam session before showing off some dance moves. 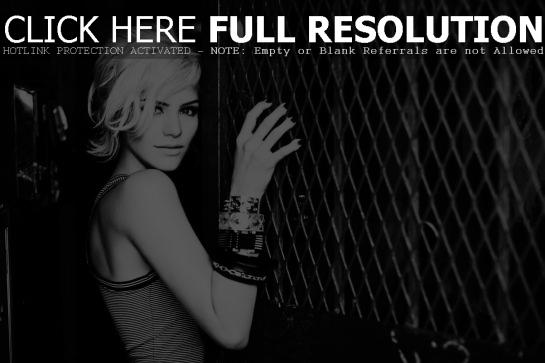 Katharine McPhee checked in with followers on her Twitter (@katharinemcphee) with news on her new album ‘Unbroken’, announcing a release date. The CD’s first single is ‘Had It All’, which will debut next week. The ‘American Idol’ season five runner-up writes:

Great News! MY NEW ALBUM IS DONE! I played it for my record label & they love it! It’s now being released earlier on Oct 6th. I can’t wait!