Kelly Osbourne and Christina Aguilera have been feuding off and on for nearly a decade, but now that Kelly is opining on celebrity fashion for E!’s ‘Fashion Police’, the daughter of Ozzy renewed her battle with the pop star.

Host Joan Rivers remarked that Aguilera looked “stuffed into” a Givenchy LBD at an event in Munich, Germany last month, likening the 30-year-old to “Snooki’s Scandinavian cousin”. In response, Kelly said, “Maybe she is just becoming the fat bitch she was born to be. I don’t know. She was a c**t to me. And she bought my house!” Aguilera purchased the home ‘The Osbournes’ took place at in 2008 for about $11 million. Christina recently put the home on the market for $13.5 million, according to TMZ.

Newly slimmed Osbourne also delighted in ribbing Aguilera for her expanding waistline. “She called me fat for so many fu**ing years,” Osbourne added, “so you know what? Fu** you! You’re fat too.” 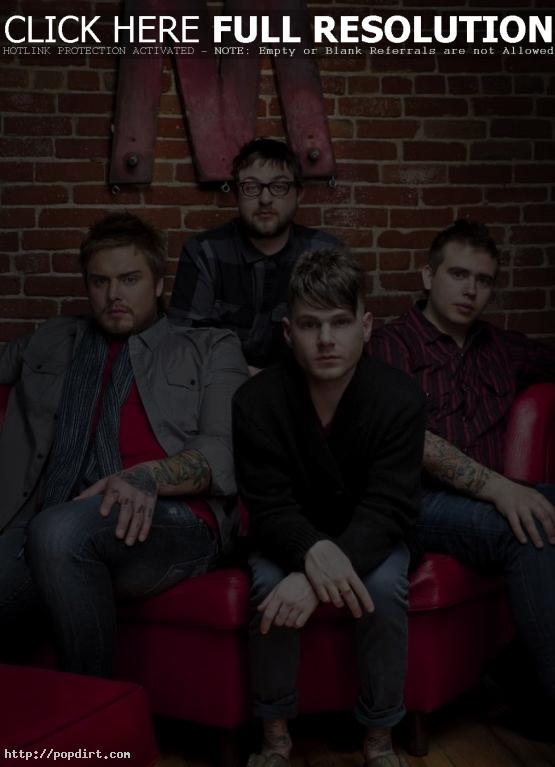 Neil Sean of Sky News reports that despite Kelly Osbourne’s 2005 release ‘Sleeping in the Nothing’ being an absolute sales disaster, the spawn of Ozzy has reassured her fans that she will be back in the studio very soon. “I have more song ideas and it won’t be long,” Kelly said.

FemaleFirst.co.uk reports Kelly Osbourne is lashing out at celebrities who deny their drug use and refuse to get help for their addictions. “So many people in the industry are horrible and have people who are always making excuses for them,” Osbourne said. “Like, ‘She’s late because she’s got flu.’ Bullsh**! She’s on drugs. I made a decision for people to stop doing that for me and it forced me to get myself together.”

Richard Reid was on Nine’s ‘Today’ on Wednesday (January 10) to discuss news on Paris Hilton pleading not guilty to DUI charges and word Kelly Osbourne wants to bare all for Playboy. The segment at MSN.com has since been removed.

Update: The Mirror reports Playboy founder Hugh Hefner is responding to a recent item suggesting Kelly Osbourne, 22, would like to pose nude in the popular adult magazine. “I can’t see it happening somehow – we don’t airbrush to that extent,” the 80-year-old said.

Will Kelly Osbourne Pose In Playboy?

Carson Daly joked during his ‘Last Call’ monologue on Thursday night, “Kelly Osbourne says that she would like to pose nude for Playboy magazine. What do you think of that? If Playboy agrees, it’ll mark the very first time a Playboy centerfold folds out into a barf bag.”

Former *NSYNC star Justin Timberlake, former Spice Girl Emma Bunton, Kelly Osbourne, Louise Redknapp, and Sophie Ellis Bextor were amongst the stars on hand for the GQ Men Of The Year Awards on Tuesday (September 5) at the Royal Opera House in London, England.

LFI reported that Timberlake upset organizers by saying upon receiving an award, “I’ver been in a room full of so many famous people I’ve never heard of!”

Check out pictures from RexFeatures and GettyImages.

Multiple sources confirm exclusive to PerezHilton.com that Kelly Osbourne has just had a quickie wedding with a little known rock musician named Matty, who she’s only known for a week. Kelly’s parents Sharon and Ozzy Osbourne are said to be livid over the marriage which took place at a music festival in Ireland in a blow-up castle.

Update: Kelly Osbourne’s spokesman Gary Farrow has shot down reports the struggling singer had married Fields bassist Matty Derman over the weekend at the Electric Picnic Music Festival in County Laois. “Over the weekend a number of rumors circulated very quickly suggesting that Kelly Osbourne had got married at a festival in Ireland,” Farrow said. “This is totally untrue and is as real as the inflatable church that carries out these non-legally binding mock marriages for fun.”

Kelly Osbourne spoke with The Mirror about her new gig replacing Liz Hurley as the host of the Sky show ‘Project Catwalk’ at the 02 Silver Clef lunch at London’s Park Lane Hilton. “I’m not a model and I don’t consider myself a fashion icon,” she said, “but I love fashion.”

Sky News reports Kelly Osbourne has taken over for Elizabeth Hurley to host the second season of Sky One’s ‘Project Catwalk’ after bosses thought Hurley was too wooden. Kelly said: “The chance to do a show that features two of my favorite loves – TV and fashion – is a dream come true. What more could a girl want?”

The Mirror reports Kelly Osbourne has revealed the secret behind her dramatic weight loss. “Forget all that healthy-eating bullsh**,” she told pals at a London club this week. “I have a thyroid problem which means I sh** all the time. My doctors want me to start taking steroids for it but fu** that. I don’t want to put all the weight back on again.”

Kelly Osbourne was photographed shopping at Fred Segal and Ron Herman after having lost so much weight. The struggling singer wore a headband and sandals, which showed the tattoos on her feet.

The Sun reports Kelly Osbourne is trying to revise the impression people got of her on ‘The Osbournes’ as a tantrum-throwing teen. “People saw me as a whining little sh**,” the 21-year-old admitted. “And yes, I can be whining sometimes and yes, I have a big mouth, but I’m also a nice person.” She added, “Everyone’s entitled to their own opinion but I just wish people would be fair when they criticize me.”

Kelly Osbourne tells Heat magazine that men have been flocking to her lately. “Lots of posh boys are keen,” she said, but she’s not interested, preferring the “bad boys.” Ozzy’s daughter added, “The good-looking boys only look at me now because I’ve lost so much weight – they would never have touched me before.”

Mandy Moore and Kelly Osbourne are talking to Us Weekly as their weight fluctuates in the opposite direction. A slimmed down Kelly she’s been losing the flab because she “just moved out of my parents’ house, and my mother isn’t around to make me eat!” Meanwhile, a plumper Moore said, “I like the way I look. I’m proud of it. My body’s a little more womanly.”

Kelly Osbourne looked much the worse for wear as she is helped into a car outside Boujis nightclub in South Kensington the other night. Arriving back at her hotel, Kelly could hardly walk, and had to grabbed by her minders as she stumbled over a step.

The Mirror reports that Kelly Osbourne has signed up for a fly on-the-wall MTV series that’ll follow her attempts to become a method actress. “Kelly’s great on camera and she’s also deadly serious about acting,” a source said. “So when it was suggested she let cameras follow her into some really bizarre situations she was bang up for it. She’s a bit nervous now that filming’s about to start but she knows she’ll meet interesting people along the way – especially the prostitutes.”

The Mirror reports that Kelly Osbourne is slamming actress Sadie Frost and drug tarnished supermodel Kate Moss. “I’d rather eat my own sh** than be part of the Primrose Hill set,” Kelly said. “I think it’s disgusting what Sadie Frost and that lot get up to. They are like: ‘Let’s sleep with each other’s boyfriends and husbands, but let’s still be friends and go clubbing.'”

Kelly Osbourne got a new tattoo across her back that says “I love my mommy” in French. “It has nipple cream on it so it doesn’t get infected,” she told Star magazine.