Kesha Excited About Get Sleazy 2011 Tour 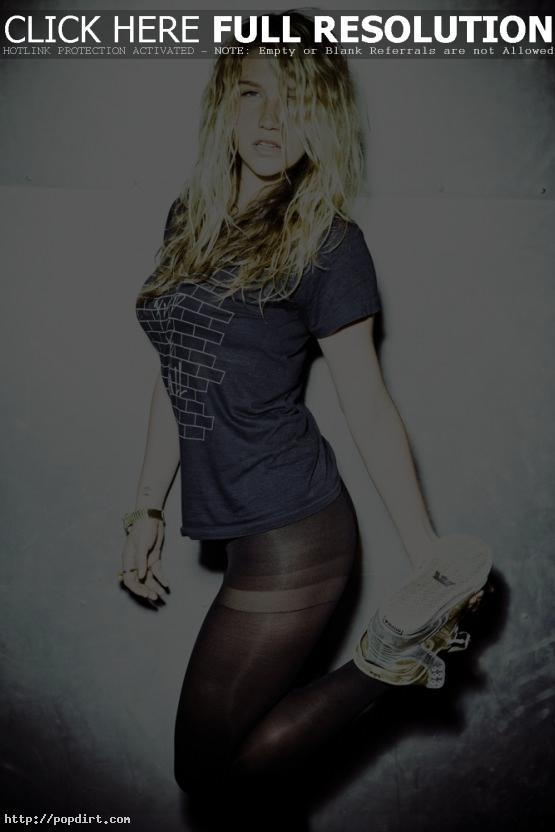 Kesha “Ke$ha” Sebert checked in with her Twitter followers (@keshasuxx) earlier today, talking about her upcoming Get Sleazy 2011 tour in support of her ‘Cannibal’ EP. She writes:

I’m so excited to go on this tour!!
It’s going to be so mental. It’s scary.
Get excited. and bring your face paint. Oh man. $leazy sounds so sick live. Are you guys ready!!?!?!?
DRINK THAT KOOLAID now you’re one of us… muahaaahahaha I’m feeling indestructible with these sick ass beats blowing up speakers. literally.

Kesha “Ke$ha” Sebert was spotted signing autographs for her fans as she left the Radio 1 building in London, England last month. The singer had been interviewed by Chris Moyles. Watch footage from MrPaparazzi.com below.

Kesha ‘We R Who We R’ Video 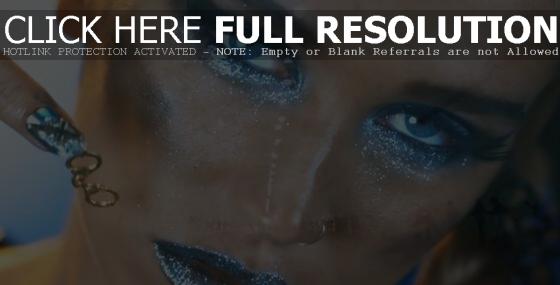 Kesha Sebert is out with the music video to her new single ‘We R Who We R’, off Ke$ha’s recently released EP ‘Cannibal’. Watch the Hype Williams directed video via Vevo below.

Kesha Sebert performed her new single ‘We R Who We R’ on Seven’s ‘Sunrise’ morning show last week in Australia, and Brisbane native Lisa Origliasso of The Veronicas wasn’t impressed. “If this is what is selling records these days, I think I’d rather be a starving artist,” Lisa wrote to her Twitter followers (@Lisa_Veronica). Moments ago, Lisa followed up on the critique, Tweeting:

Listen up, it wasn’t about taking a direct hit at her. She’s just one of the puppets to the low standard of cheap/nasty pop the industry is shoving down the throats of the younger generation these days. The image she is representing is a new standard of low. It’s not even coming from an ARTISTIC standpoint. It’s all for shock value, money and self gratification. It’s selling fast food. Don’t kid yourselves guys, you are not ‘BUYING’ into an artist, you are buying into a machine. THAT’S all I was saying.

Seemed relatively tame at first blush, but watch Ke$ha’s performance at YouTube and judge for yourself.

Kesha Turned On By Unkempt Bearded Men With Bags Of Quarters 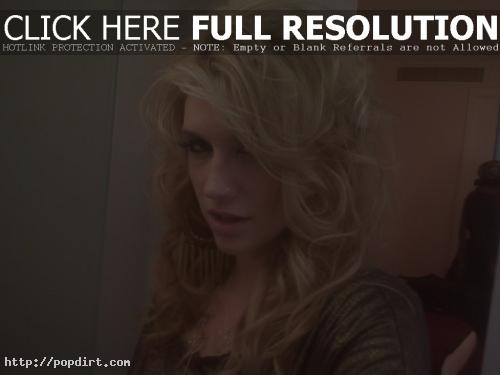 Kesha Sebert tells Complex she’s a “total perv” who has bizarre turn ons. “A bag full of quarters,” Ke$ha said when asked what gets her going. “Like a big bearded guy with a bag of quarters. I think it’s some weird pirate fantasy that was unfulfilled in a past lifetime. I like the rugged, mountain-man beard, personally. I won’t discriminate, but my favorite kind of beard is one that could potentially be a homeless beard. Like, you actually have to discover if they’re un-groomed for a reason. I like a really unkempt beard. They would also have to have a big dick.”

Kesha Sebert, aka Ke$ha, was spotted outside ‘Jimmy Kimmel Live’ the other night in Hollywood, where the pop star posed with fans and signed autographs as she celebrated the release of her new EP ‘Cannibal’. Kesha said she had no idea what a pap was talking about when asked about Demi Lovato’s problems. She said “I don’t know how to bake sh**” when asked if she’d bake a turkey for Thanksgiving. “I don’t cook, I sing.” Watch Hollywood.tv footage via YouTube below.

Kesha “Ke$ha” Sebert hit the beach down in Australia the other day, and TMZ obtained photos of the pop star which showed her catching some sun in a bikini. “She’s really white,” Harvey Levin said of the sun-starved singer. The video report from TMZ at MySpace has since been removed.

Kesha Films ‘We R Who We R’ Video In LA

Kesha Sebert, aka Ke$ha, was spotted on the set of her music video for ‘We R Who We R’ in Los Angeles on Tuesday (November 2). The Hype Williams directed video included scenes of the 23-year-old being raised and lowered on a harness and crowd surfing. Watch Hollywood.tv footage via YouTube below.

Kesha Sebert, aka Ke$ha, was spotted wearing a pink-feathered mohawked helmet at Los Angeles International Airport. The pop star had kind words for her fans when asked by a paparazzo. “I fu**ing love my fans,” Ke$ha said. “Fu**ing best fans in the world.” Watch Hollywood.tv footage via YouTube below.

Emma Stone ‘I Broke My Arm’ Video On ‘SNL’

‘Saturday Night Live’ host Emma Stone starred in a ‘I Broke My Arm’ music video over the weekend, where the actress drew a lot of comparisons to Ke$ha singing with a cast as the cool girl in school who was having a run of bad luck in the cafeteria. Watch Emma slip repeatedly on jelly on the floor while singing her tale below.