AJ McLean On Backstreet Boys Continuing On Without Kevin Richardson 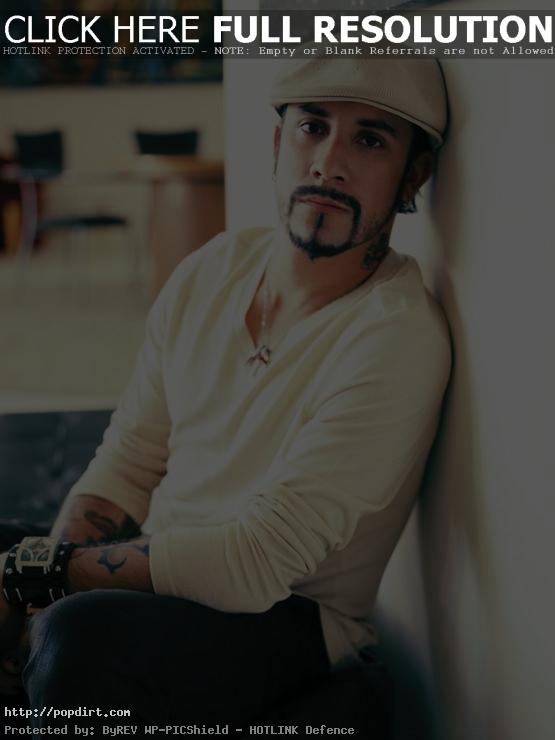 The Backstreet Boys released their fifth studio album ‘Unbreakable’, which marks the bands first album without original member, Kevin Richardson. The guys celebrated the release at a party in Hollywood and spoke with Artisan News Service about the project.

“You know it was a little weird to do this whole record without Kev,” AJ McLean admitted, “but he gave us his blessing to move forward as four and we gave him our blessing to move forward with her personal life and he’s now a proud father. Him and his wife have their first child, so he’s doing his thing. He’s really happy. Who knows, he might even show up, it would be great. Things are good.”

We are officially parents…

At 4:56 a.m. Tuesday morning (7/3/07), our son Mason made his entrance into the world. He is a healthy 8lbs. 2 ounces / 20.5 inches long and has a head full of dark hair. He and Kristin are perfect and I am a new man. Thank you for your positive vibes and prayers.

In Rock magazine caught up with Backstreet Boys star Brian Littrell for a Q&A, where the singer was asked if he missed Kevin Richardson when he’s recording or writing music. “We’ve never experienced recording without Kevin before so it’s different,” Brian responded. “But we’re trying hard to concentrate and making best album. We still have great relationships with Kevin. When I back home in Kentucky during Christmas holiday, I saw Kevin and we talked about life and so. Kevin and Kristin, they’re expecting a baby.” Asked when the baby would be born, Littrell responded, “I don’t know when it’s due but I’m sure she’s gotten pregnant and they both are so excited. Kevin will let me know about it soon, but I’ll keep it a secret.” Read a translation of the interview here.

Kevin Richardson On Why He Left The Backstreet Boys

The Toronto Star caught up with Kevin Richardson, and asked the singer why he left The Backstreet Boys earlier this year. “I was at a point in my life when I wanted to examine some of the other things that go into making up Kevin Richardson,” he responded. “You see, I’m not like a lot of other people in show business. I’m not what you’d call a multi-tasker. When I commit myself to something, I commit 100 per cent and that’s what I did when I was a Backstreet Boy. But there were other aspects of my life, other dreams and desires that I was neglecting.” Richardson insisted there’s no resentment about his exit from his former bandmates. “No way. They totally understand where I’m coming from,” K-Rich said. “There’s no bad blood. It’s all good. They’re my little brothers and we have a lot of love for each other.”

Nick Carter spoke with MTV News about his former bandmate Kevin Richardson’s recent decision to leave the Backstreet Boys. “All we can do is be supportive in any decisions that any of us make,” Carter said. “Like I said before, we still want to be able to do records and there are fans out there that want to hear our music, and we’re going to push on. But the door was always open for him. It’s still open. If he wants to come back to perform again, he can. We respect his decision.” Read more.

A New Chapter For Kevin Richardson

Jay Leno joked during his Tonight Show monologue on Thursday night, “Backstreet Boys member Kevin Richardson has announced he’s leaving the group to move on to the next chapter of his life. I believe that chapter is VH1’s, ‘Where Are They Now?'”

Conan O’Brien joked during his Late Night monologue on Tuesday night, “Kevin Richardson of the Backstreet Boys has announced that he has announced to quit the group. [Audience aws] Yeah, Richardson said he wanted to get out when the group was on top, and then he waited 11 years.”

Backstreet Boys star Brian Littrell spoke with MTV News about Kevin Richardson’s decision to leave the group. “During the Never Gone tour Kevin had kind of relayed his personal thoughts and his individual aspirations, personally and businesswise, things that he wants to further accomplish in his life,” Littrell explained. “And he’s the oldest member of the group and he’s just at a different place in his life. There is no bad blood whatsoever.” Now, the Boys are back in the studio working on new material. “We’re in the process of trying to put this record together for a fourth-quarter release, so we’re excited about it,” Littrell revealed. Read more.

Jay Leno joked during his Tonight Show monologue on Monday night, “The Backstreet Boys’ oldest member Kevin Richardson has announced he’s leaving the band. Everybody has the same reaction. The Backstreet Boys are still together? I had no idea.”