Kristian Leontiou On Living In London

A new video clip posted at Kristian Leontiou’s official website features the singer explaining what it’s like living in London and what he feels about the city. Watch it in high or low formats.

Kristian Leontiou is out with the music video to his new single ‘Fast Car’, a remake of the Tracy Chapman 1988 hit. Watch it online in high or low formats.

Kristian Leontiou left a video message for fans on Thursday (November 4), talking about the story behind the album track ‘The Crying’. Watch it in broadband or modem formats.

Kristian Leontiou is out with the music video to his new single ‘Some Say’. Watch it online in broadband or modem formats.

Kristian Leontiou took part in a Q&A with fans at GMTV, where he was asked what the inspiration for writing his new single ‘Shining’ was. “The song is about when you’ve got a bad job or you get put down at school and it’s a message to all the people that put you down, telling them they haven’t seen the best of you and not to judge a book by its cover,” he said.

The entire chat transcript at gm.tv has since been removed. 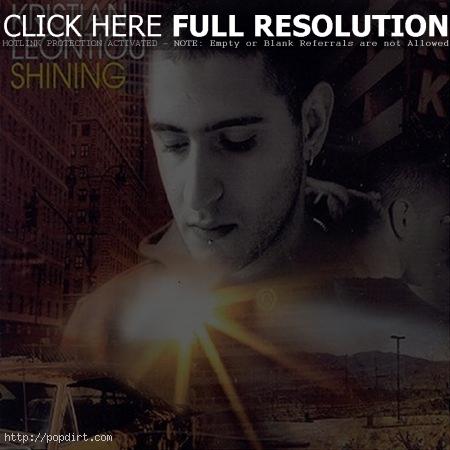 Kristian Leontiou is out with the music video to her new single ‘Shining’. Watch it online at YouTube.

Watch Kristian Leontiou Perform On ‘Top Of The Pops’

Kristian Leontiou performed his new single ‘Story Of My Life’ on BBC’s ‘Top Of The Pops’ on Friday (June 4). Watch a brief clip from the performance here.

Kristian Leontiou Gets A Surprise Guest At Gig

Pop newcomer Kristian Leontiou tells The Glasgow Daily Record reports he was stunned to see Dido in the audience at a live gig earlier this month despite her refusal to give up her time while recording new songs. “Dido heard my music while the songs were still demos because we have the same publisher,” he explained. “She heard the original material and took to it. I met her and talked about music. I never thought she would turn up to see me live. Dido is really busy and I know she had so much on that day yet she still took the time to come to my show. Afterwards she said the show was really good. I really like what she does and I respect the way she handles her career.”