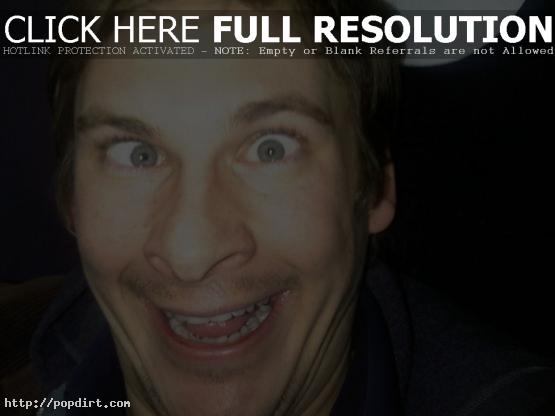 Lee Ryan updated his Twitter followers (@LeeRyanMusic) yesterday after sounding downbeat at the prospect of his second solo album ‘Confessions’ getting released by Geffen because of the poor sales of its first single. He hears now that it will get a release, though he’s also looking forward to Blue reuniting. The 27-year-old also joked about the disc’s proposed album cover. Lee writes:

I think your petition has worked!!! The record label have said they will release it now!!! So happy! Thank you everyone for helping me!!

This is my new album cover!! X 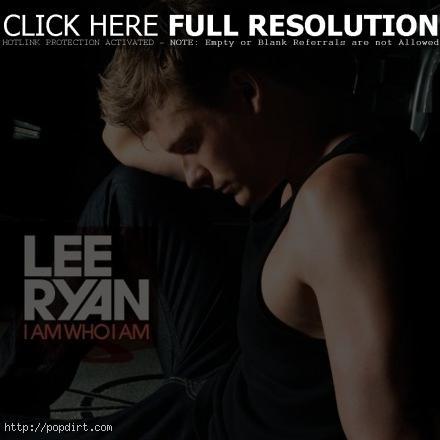 Lee Ryan is reacting to his double a-sided single ‘I Am Who I Am / Secret Love’ only debuting at #33 on the UK singles chart, telling his Twitter followers (@LeeRyanMusic) that the mediocre showing likely means his second solo album ‘Confessions’ won’t get a proper release on Geffen. But the 27-year-old vowed to put it out anyways and said he and his Blue bandmates will be attempting a comeback soon. Lee writes:

Really upset, 33 ain’t terrible but I thought it would of done better! The album is so good its a shame it won’t be out now! :-(

@danwootton they just won’t release it now. I’m just gonna put it on the internet and the let the fans get it for free! Fu** em!!! ;-)

I promise I will give it away! I want you to hear it! I don’t care about the money its the body of work I want u to hear! You can have it! X

Hey just think Jesus only got to 33! Must be doing something right?? X

Lee Ryan: It Ain’t Looking Good For My New Album Getting Released

Lee Ryan checked in with his Twitter followers (@LeeRyanMusic) earlier today to share dire news about his hopes to release a new album ‘Confessions’. The former Blue star says sales of his double a-sided single ‘I Am Who I Am’ / ‘Secret Love’ may not spur Geffen Records to put the album out. He writes:

Hey everyone! I can’t thank you all enough for the support you have given me. I’m thankful for all your messages and kindness! Lee x

@Buster815 dude I wish it was that simple! The album is great but there not gonna release it without a high chart position! Sucks!!! Lee ;-)

Lee Ryan ‘I Am Who I Am’ Video

Lee Ryan is out with the music video to his new single ‘I Am Who I Am’, off the former Blue star’s double a-side single ‘I Am Who I Am / Secret Love’, out now on Geffen Records. Both songs are on Lee’s second solo album ‘Confessions’, out later this year. Watch it via YouTube below.

Lee Ryan Gets Slapped Around By Vinnie Jones

June 4, 2009 – Lee Ryan gets roughed up by Vinnie Jones in the new movie ‘The Heavy’, and the Blue singer talked about the scene in the British gangster flick. “I told him to go ahead and slap me about more but he didn’t want to because he said it was my scene and my moment,” Lee said. “It was a very intense scene but working with Vinnie was great. It makes you realize what an amazing actor he is.” Watch the trailer at thesun.co.uk.

Former Blue singer Lee Ryan is ecstatic after Sammi Millar, the fiance he met on MySpace, gave birth to their son Rayn Lee Amethyst last month. The couple posed with baby Rayn for the new issue of Hello! magazine, and Lee said fatherhood is the best thing that’s ever happened to him. “I’ve got this incredible feeling of responsibility and protectiveness,” Lee said. “It’s great – I love it.” Read more and check out pictures of the family at dailymail.co.uk.

Lee Ryan To Try For Success In America

December 10, 2006 – Former Blue singer Lee Ryan is moving permanently to America in a bid to resurrect his career after being dropped from his solo deal by Sony BMG. “I’ve had enough of it here. I’ve got a far bigger chance of success there,” Ryan said, adding, “If it doesn’t work out, I might just become a professional carol singer. I’ll be good at that.”

The People reports former Blue star Lee Ryan struck out with model Carrie Lemon at London’s Embassy club on Friday. “Lee was plying her with vodka and cokes all night but she wasn’t interested,” an onlooker said. “He looked gutted.”

Former Blue star Lee Ryan partied away in the plush Morrison Hotel in Dublin, Ireland over the weekend with friends and a blonde after he appeared on the Ryan Tubridy show promoting his new single, ‘When I Think Of You’. Sauced up Lee winded up flashing his bare ass at a ShowBiz Ireland photographer. Check out pictures here.

Former Blue star Lee Ryan visited ‘GMTV Today’ to talk about his recent foray into Hollywood – as an elk in the new animated film ‘Ice Age 2: The Meltdown’. He also talked about winning Man Of The Year at the ‘TRL’ Italy Awards. GM.tv has since removed the video.

After winning the Song Of The Year for ‘Army Of Lovers’ and Man Of The Year at the Italian MTV TRL Awards on Sunday, former Blue star Lee Ryan was corned by t.A.T.u. stars Lena Katina and Julia Volkova. “He was shocked by the interest from the t.A.T.u. girls and thought they were having him on,” a source said. “But he enjoys a challenge and spent ages humoring them.” But finally the faux lesbian duo, who won the Best Group Award, realized he wasn’t going to fall for their charms so they left, and notorious womanizer Lee didn’t follow.

Will Mariah Carey Or Jessica Simpson Duet With Lee Ryan?

February 18, 2006 – Former Blue star Lee Ryan is hoping to duet with a big American star for a hit single on his sophomore album, he tells Neil Sean of Sky News. Lee’s label wants to lure Mariah Carey, but he believes it will be Jessica Simpson instead. “I plan to make my second album more gospel,” he said. “That is the music I excel in.”

February 14, 2006 – The Sunday Mirror reports that former Blue star Lee Ryan confessed: “I’d really love for Joss Stone to send me a Valentine’s card. She’s a hippy – just like my Mum – and they say that you always go for girls who are like your Mum.”

Former Blue star Lee Ryan visited Viva.tv, where he lamented about having sex with two women who had more interest in each other than him. “The first half hour was genuinely wonderful,” Ryan said. “But then I started to become so bored that I had to play with myself!”

February 6, 2006 – Years after saying “who gives a fu** about New York when elephants are being killed” in wake of the September 11, 2001 terror attacks, Lee Ryan tells The Mirror he’s headed to the Big Apple later this year, where he’ll be managed by Benny Medina in a bid to launch himself as a pop star in America. “Later this year I’m going to the States and Benny is going to be managing me,” the former Blue star said. “It’s great and I can’t wait.”