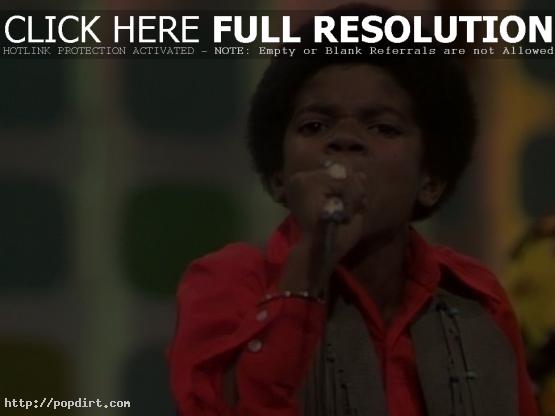 Several pop acts are reacting to Tuesday’s Michael Jackson memorial at the Staples Center in Los Angeles on their Twitter accounts. Among them:

Natalie Horler of Cascada (@cascada_music): it´s been a while since i cried that much….what a beautiful memorial. michael will never be forgotten

Brooke White (@realbrookewhite): the MJ memorial was both beautiful and very sad. My prayers are with the children, to hear the daughter speak was heartbreaking:(

Paris Hilton (@ParisHilton): In tears watching the MJ Memorial Service on TV, so touching. Everyone loves you Michael!

Jessica Origliasso of The Veronicas (@Jessicaveronica): Watching the Michael Memorial on Tv <3 We are celebrating on the bus, his beautiful life, and all the people that loved him <3 Darren Hayes (@darrenhayes): heartbreaking. so necessary tho. cried bucket loads. so proud to see him receive so much respect. Sam Sparro (@sam_sparro): That was really sad. God Bless Mike. David Archuleta (@DavidArchie): What a great way to honor and remember Michael Jackson. May he rest in peace and his family be blessed. Joanna Pacitti (@JPacittiMusic): Just got home from MJ's memorial service - it was beautiful, sad, funny, and inspiring. There will never be another pop icon like him again. I am sad now... cried the whole car ride home. I'm so lucky to have the people that I have in my life. Truly. Off to a writing session... Lesley Roy: i love you MJ!!! thank you for your gift and sharing it with the world!! x x Tom Fletcher of McFly (@tommcfly): Watching bits of MJ's memorial. looks amazing...can't believe it. Wish i could have been there. Keisha Buchanan of Sugababes (@keisha_buchanan): That was so sad:-( .... Mj's children are beautiful. Rip Michael, thank you for your gift...love you always. (smile)

Lesley Roy Sad After Wrapping Up Tour With David Archuleta

Boooo hooooo I’m so sad. The tour is over and I miss everybody so much all ready!!!! I had the best time with all of David’s band and crew and can’t wait to hang out with everybody again!!!! David’s fans were so sweet to me and I really appreciate all the support every night during my set and also everybody that came to my meet and greets after my show!! Thanks guys!!!

I’m also missing my band, Dave, Tyler and Rick and my crew Casey and Kyle, we had so much fun on our bus and defo became a family!!! Thankfully I will be seeing them all soon in Florida for our week of shows in Disney World, yayayaya!!!!!!

David Archuleta updated fans from the latest stop of his headlining tour on his official web site blog on Saturday (March 21), having some good things to say about opening act Lesley Roy as the Irish pop rock singer wraps up the tour. The ‘American Idol’ season seven runner-up writes:

I’m in Boise right now and I’m getting ready for tonight’s show. It’s coming starting pretty soon haha. I just wanted to let you guys know that tonight is the last show I’m doing with Lesley unfortunately :(. She’s been so much fun to go on tour with! I’m really going to miss her. Her band has been really cool too. So I hope you guys have really enjoyed Lesley at the shows, because I sure have.

Lesley Roy Having A Ball With Sweet David Archuleta On Tour 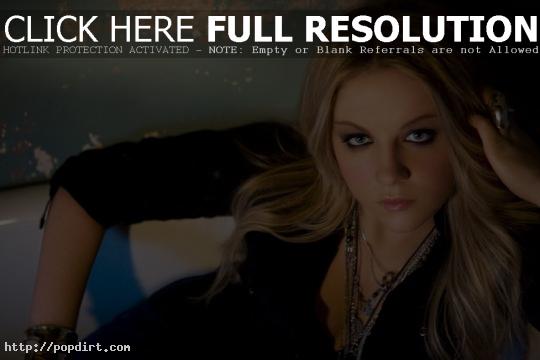 The shows have been going so well, Archuleta’s fans have been so good to me and my band and have rocked out with us every night!!! Thank you guys so much!! My meet and greets after the set have been fun too, all you guys who come and buy t-shirts and albums thank you so much!!!!

David has been great to travel with too, he is always so sweet to me and walking around the venues singing my songs. All my crew gets along so well with David’s and I think we are just having a ball on this tour!!

Lesley Roy Upgrades Her Ride While On Tour With David Archuleta

Lesley Roy’s guitarist Dave checked in with fans on Lesley’s blog at MySpace (@lesleyroy) on Monday (March 9), thanking them for their support while they’ve been on tour opening for ‘American Idol’ season seven runner-up David Archuleta. Dave writes:

I really really appreciate all the support you have been giving to us!!! The shows have been going extremely well!!! We ditched our mediocre van the other day, and got a really pimpin’ tour bus. It’s a 2002 purple Prevost… rivaling David Archuleta’s gold Prevost… I have been having the time of my life on the road with Lesley, Tyler, and a whole mess of new guys. If we haven’t hit your city on tour yet, request us and hopefully we’ll get to come your way soon!!! 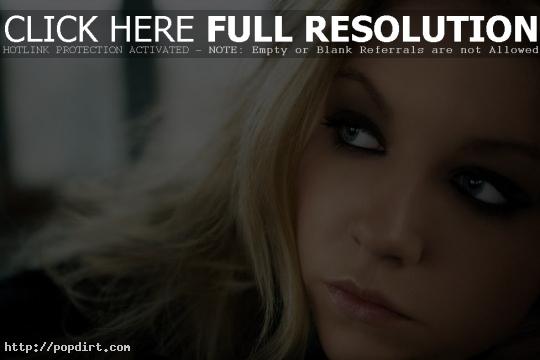 Lesley Roy checked in with fans on her blog at MySpace (@lesleyroy) on Tuesday (January 27), talking about how she and her guitarist Dave Immerman missed flight that turned into a chance to fly the equivalent of a private jet last week. The Irish pop rock singer tells readers:

As you all know I’ve been doing a lot of travelling the past year or so and I’m pretty used to airports and schedules, I’m always on time and I’ve pretty much never missed a flight. On Friday night however, Dave and I where in Raleigh getting a flight back to NYC for the weekend, we had just finished a long tough week of travelling around doing radio promotions and shows. So we get to the airport and our flight is on time for 6:20 a few mins later it gets delayed to 8:00 so obviously Dave and myself decide to get some food and maybe a drink, after a short time in the bar we go back to our gate still thinking we are on time only to find everybody gone, the airport was pretty much closing for the night, we go to the lady at the desk and she’s like “I’m sorry we put everybody on an earlier flight, we have been calling your names for over an hour!!” So basically Dave and I didn’t hear our names and we missed our flight.

Fortunately for us, instead of having to go and find a hotel we were sent back to NYC by ourselves on a private jet, we were just lucky enough that there was a plane that needed to go back to NY!!! So we felt like complete rock stars for the next few hours, the pilot and staff on the American Airlines flight were so much fun and we had an awesome time having free drinks and singing as loud as we could on the empty jet!!! 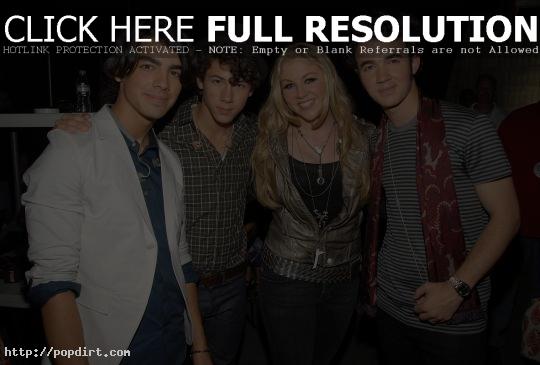 Lesley Roy checked in with fans on her blog at MySpace (@lesleyroy) on Thursday (January 8). The Irish pop rock singer tells readers:

2008 was an amazing year for me, I finally got to release my album, shoot a video for ‘I’m Gone I’m Going’, tour around the country with my amazing band, Dave, Tyler, Benny and Sergio, and do so many things that I had been working on all my life. But really in all honesty without sounding too cheesy 08 really showed the power of what a real audience can do, all you guys out there who have found my music, bought the album or come to my shows have really shown me that there is hope out there for a genuine artist who loves to perform and who put all their blood sweet and tears into a piece of work. You guys have called into your stations and requested my songs voted online for different competitions and really just cared about the progress of the album. All the people out there who have sent me such kind words here on MySpace about the album and their favorite songs I really do appreciate it so much.

Lesley Roy and her band recently stopped by the UGO.com studio to play songs from the Irish singer songwriter’s debut album ‘Unbeautiful’, including the title track, ‘I’m Gone, I’m Going’, and ‘Thinking Out Loud’. In an interview, Roy talked about growing up around music since her mother was in bands, landing her record deal, the story behind her song ‘Unbeautiful’, and the touring schedule.

The interview video has since been removed.

Lesley Roy checked in with fans on her blog at MySpace (@lesleyroy) on Saturday (November 1), ahead of a television appearance on Sunday. The Irish pop singer tells readers:

Hey everybody hope you all had good fun last night for Halloween!!! Just wanted to let you all know I just finished an acoustic cover of U2’s ‘Where The Streets Have No Name’ that’s going to play at the opening of the NYC Marathon tomorrow!!! It will air nationally on NBC Sports at 3:00 p.m.

IMG approached me a few weeks back to see if I had any covers in mind that would suit the marathon so I looked through my iPod and started listening to some old U2 material and felt that ‘Where The Streets..’ would be perfect!!!

Anyway the footage that we shot and song will air tomorrow, let me know what you guys think!

Hope your all well and thanks again for all the continued support!!!
Much Love,
LEs*

Hey everybody, so myself, Tyler and Dave just got finished with the Kate Voegele tour and we had such a great time. I wanted to say thanks to Heidi for doing everything for us, Kate for having us on the tour, Cash and Paul, and all the people who came out to the shows. I’m sitting at home in New York and I miss the road already I’m really looking forward to getting back out there with my full band and playing for you guys again.

I’m working on the schedule for the next few months so if your looking to see a show, just check out the updates here on my page.