First of all NO LXB IS NOT GONNA BREAK UP! currently the boys are preparing a new album with some of the top producers of this moment. And we are so excited! The album is gonna be amazing!!! Complete new sound. More personal and grown up! When the album will be coming out we cant tell you yet, because we first wanna make sure the new album is perfect!!

Lexington Bridge are out with the video to their single ‘Sign Your Name’, the B-Side track on the multi-national boy band’s ‘Dance with Me’, out now on Universal Music Group. Watch it via YouTube below.

Lexington Bridge ‘Dance With Me’ Video 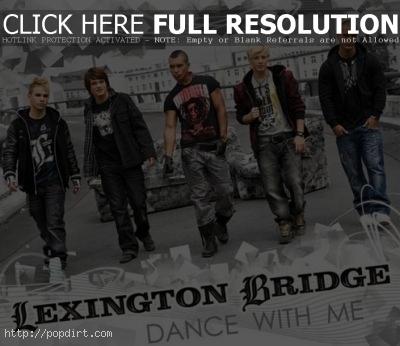 Lexington Bridge are out with the music video to their new single ‘Dance With Me’, the first release off the British/American boy band’s forthcoming second album on Universal Music Group. Watch it via YouTube below.

Outtakes footage from Behind-The-Scenes Lexington Bridge diary has been posted on the Germany based boy band’s YouTube channel. Featured was the Bravo Job Attack soundcheck, where they ran through a rehearsal before getting in a van and engaging in a farting competition and rapping ‘Ice Ice Baby’.

Next up was a visit to the ‘I Just Can’t Hate You’ video set, where group members Rob Uncles, Nye Oakley, Ephraim Beks, Dax O’Callaghan and Jerome Simeon performed ‘Jingle Bells’ in the car on the way.

Then there was some post Dome 44 footage, where they stopped by KFC before returning home, where they showed off their Christmas tree and their CD photos. Next stop was the ‘Hook Up’ rehearsals, followed by being at a spooky hotel during their autograph tour. Some in-flight footage followed to wrap up the 2-part segment.

Lexington Bridge checked in with their MySpace friends (@lexingtonbridge) on Thursday (January 3). The original message has been corrected due to several grammatical errors. The group, which features Rob Uncles, Nye Oakley, Ephraim Beks, Dax O’Callaghan and Jerome Simeon, write:

Please respect our privacy and don’t come to our house. I know it’s stupid, and to be honest we don’t like to be mad, but we get in trouble with our street and with the police every time you guys come. So we made a deal, and we won’t come down and won’t give autographs and photos at our apartment. So we hope you guys don’t get mad and disappointed. Every time you come to our loft, we’ll just say it again. And it’s not because we don’t like you, but just because we wanna have a bit of privacy and don’t want you guys to come to the loft. We do of course like it when you guys come to our autograph sessions, concerts, and even hotels. But not to our apartment. We also hope that you guys understand we have also a private life, and have to work at home also on things for LXB.

We really really love you guys and wanna thank you for all the support in 2007, and 2008 is gonna be great! We’re working on the new planning and new ideas right now, and I can tell you it’s looking great!!

Once again thanks for your understanding! We love you!

Dax, Rob, Jerome, Nye and Ephraïm of Lexington Bridge checked in with a video diary during a day of promotion at Jetix on Sunday (October 7). The guys talked about their promotion for ‘Real Man’ / ‘Everything I Am’, out in Germany on Friday as their manager repeatedly butted in to promote the single. Watch it below the fold.
END_OF_DOCUMENT_TOKEN_TO_BE_REPLACED

Lexington Bridge Won’t Be On Bravo TV On Friday

Lexington Bridge sent out the following bulletin to their MySpace friends (@lexingtonbridge) on Thursday (October 4):

Sorry to tell everyone, but tomorrow is no BravoTV in or around our apartment. We heard that someone is post that but we have to say… it’s a mistake or someone just made that up. Sorry to for that!!.. But we also wanna say thank you to all of you! To give us the privacy when we’re in our ‘downtime’ in the loft in Hamburg. And always support us at the concerts and of course hopefully with the single ‘Real Man/ Everything I Am’! You guys rock! And we do appreciate all the things that you guys do! Because without you, where would we be? Greets LXB 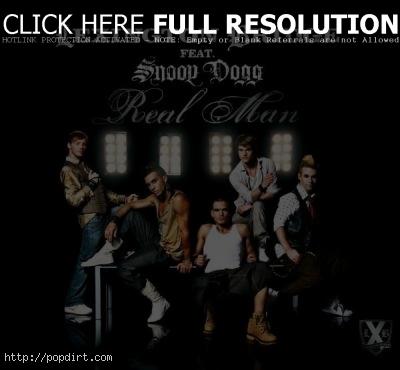 Lexington Bridge are out with the video to their second single ‘Real Man’, featuring Snoop Dogg and a special intro by the Doggfather, from the German boy band’s debut album ‘Vibe’. Watch it at DailyMotion.