Lights ‘Running With the Boys’ Video

Lights has debuted a nostalgic new video for ‘Running With the Boys’, a track taken from the Canadian multi-instrumentalist’s latest album ‘Little Machines’, which is nominated for ‘Pop Album of the Year’ at this year’s Juno Awards. Lights is currently on a sold-out European tour, and will return to the states for a headlining tour starting February 14th in Minneapolis, supported by X-Ambassadors. Tickets are on-sale at iamlights.com. Watch the video via YouTube below. 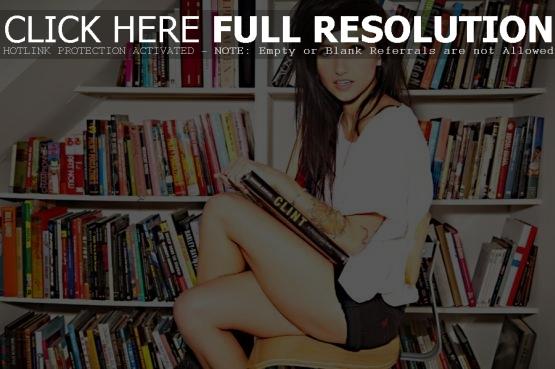 December 18th, 2014 – Canada’s acclaimed pop multi-instrumentalist
Lights will hit the road for a U.S. headlining tour in support of her current album ‘Little Machines’ starting in February, joined by support act X-Ambassadors. The tour kicks off on February 14th in Minneapolis. Tickets go on sale at music.iamlights.com on Friday, December 19th at 10am ET. Please see below for all dates.

Lights ‘Up We Go’ Video 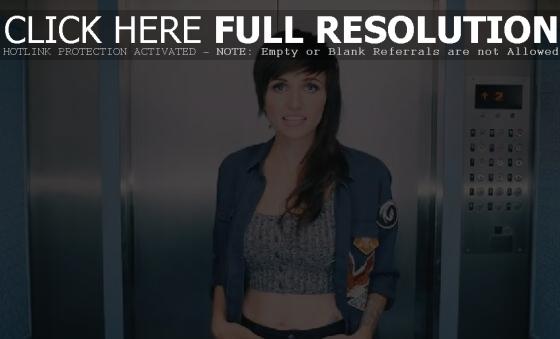 Lights has released a new music video for ‘Up We Go’, the first single off the Canadian pop multi-instrumentalist and Juno Award winner’s third studio album, ‘Little Machines’, out on September 23rd via Warner Brothers Records. Watch the video via YouTube below. 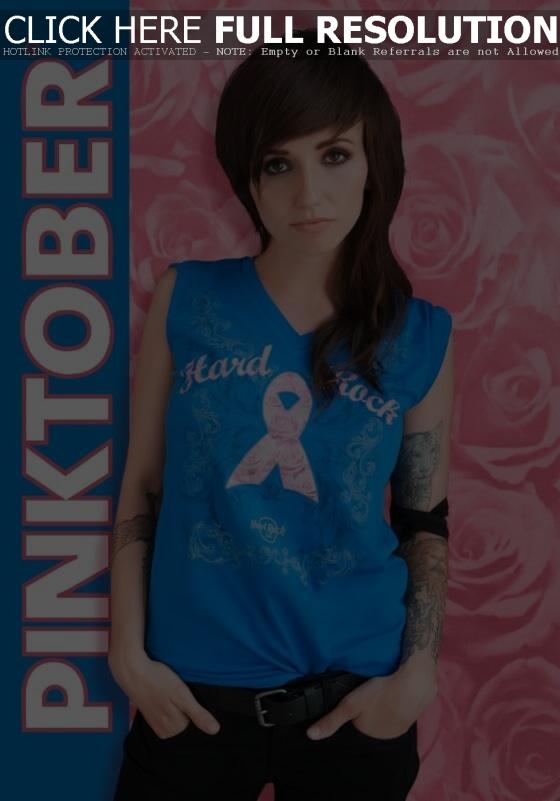 Canadian pop singer Lights will perform a very special show at Hard Rock Cafe New York in Times Square on September 30th as the 2014 Artist Ambassador for Pinktober, Hard Rock’s annual campaign for breast cancer awareness. The 18+ show begins at 7 p.m. and is free with RSVP.

Celebrating its 15th year raising awareness and funds for breast cancer, Hard Rock’s Pinktober is joining forces with a host of musicians around the world for parties, live music events, and the chance to raise awareness and money for local, national, and international charities, including The Breast Cancer Research Foundation and The Caron Keating Foundation. 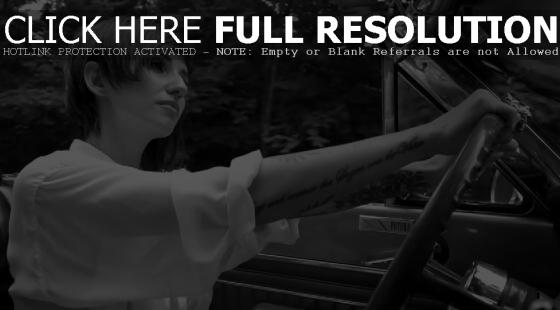 Lights is out with the music video to her new single ‘Portal’, off the Canadian pop artist’s third studio album ‘Little Machines’, out on September 23rd via Warner Brothers Records. The black-and-white visual finds her driving down a country road, inevitably ditching her car to search for a portal on foot.

“There are so many things that make ‘Portal’ special to me,” Lights explained. “It started as a one-chord experiment and was finished in New Mexico on a solo writing getaway. The drumbeat of the song is actually comprised of me recording baby belly drumming when I was full term with my daughter. Naturally a song so unique gets special treatment, and this video is no ordinary video. Myself and a small, talented crew spent the day in an otherworldly glade about an hour outside of Toronto meandering through elvish woods and driving old cars. It was perfect.” 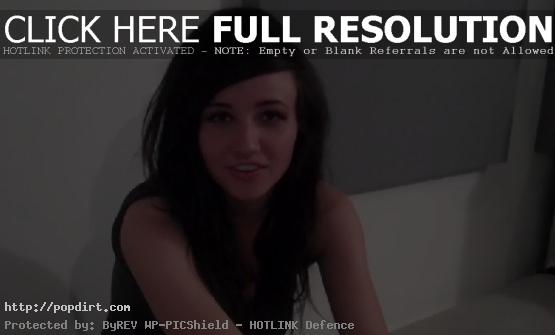 Neil Carrier of The Afternoon Rush on WBGU 88.1 FM sat down with Lights before her show at Frankie’s in Toledo, Ohio last month. The Canadian synthpop singer talked about whether awards create pressure, how crowds in Canada, America and the rest of the world differ, what she has planned for a ‘Siberia’ follow-up, and how Twitter and Facebook are a important part of a recording artist’s connection to the listener.

Asked if awards create pressure for her or it’s just a flattering thing for her and her fans, Lights responded, “I think it’s more the latter. It’s more a recognition thing. You wouldn’t get any of those nominations if they didn’t think you weren’t trying hard or you had something good, so if anything that fuels the excitement to keep going. I don’t know if I feel any pressure, but I probably should. It’s more of an awesome pat on the back.” 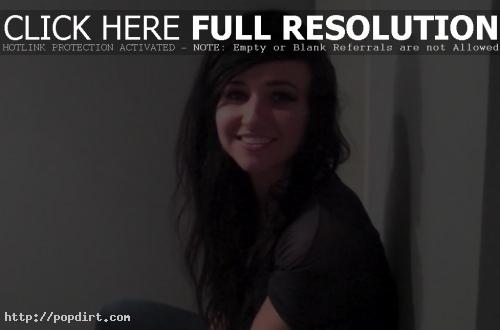 Questioned about whether fans in America, Canada or other parts of the world are different for her, Lights said, “Everywhere I go it’s a pretty mixed bag. In Canada, it’s even a little different from here because in Canada they has been in the past a little radio play so you get a more broad audience coming into the show, whereas here, everyone is here because they’re heard it through word of mouth or found it on the internet or it’s been shared or it resonated with someone and they brought the other person to the show, so it’s kind of a different experience here. It’s cool. Overseas, the UK in particular, they’re a lot more show savvy I think, because there’s a lot more shows that go through and the country itself is a lot smaller and closer together, so it is easier for people to get to shows, so that’s always fun to play there because they’re used to going to shows, but in that sense there’s so many bands coming through you just hope that they come to yours.”

As for her tour nearing completion and how her mindset is about that, Lights said, “Yeah, it definitely comes in phases. I’m ready to stop touring now. After this tour I’ll be glad to take a break and start writing new stuff because it all starts to build up. I’m not very good at writing on the road, so when I want to start writing, I’ve just got to have time to do it. When I’ve been writing to long and the album is close to done, I’m like, ‘I’ve got to get out there and tour on this now.'”

As for expectations for her third album, Lights said, “What I wanted to instill with ‘Siberia’ is I always want to give something different. I’m not going to make this some record over. I’m always going to challenge listeners and surprise them, and surprise myself and excite myself and keep myself challenged as well with writing. The album itself is going to be a step forward in another direction. I want to one-up the last record, just like you want to do with every record, so I’m hoping for something awesome and new sounding.”

Questioned about the role Twitter and Facebook play in her career, Lights said, “It’s such a given nowadays to utilize those platforms because you’d be crazy not to. I don’t understand how people can maintain unless they’re getting tons of radio play or something, why not? That’s the ultimate way to spread what you got and watch people share it and give them stuff to share and give you a look at what people want to hear from you or what people are excited about or what they like, what they’ve been feeling. Sometimes it helps dictate a direction on certain things, that’s why I put the acoustic EP out, because people seemed to be feeling that. It really is a great medium for communication between both sides of this great relationship, the fan-artist thing, and keeps you humble too. If I didn’t get to communicate with fans on a personal level, I’d think I was so awesome probably and get arrogant.”

Lights ‘Timing Is Everything’ Music Video

Lights is out with the music video to her new single ‘Timing Is Everything’, taken from the Canadian synthpop artist’s latest album ‘Siberia’. The video takes place in a 24-hour gym, featuring random people working out in the middle of the night that fall in love. Behind the scenes footage, viewable along with the video after the cut, features commentary from the artist, born Valerie Poxleitner, along with director Ken Galloway, cinematographer Juan Montalvo, producer Matt Power, choreographer Rebecca Reinhart, actor Dan White and art director Jessica Jerome. 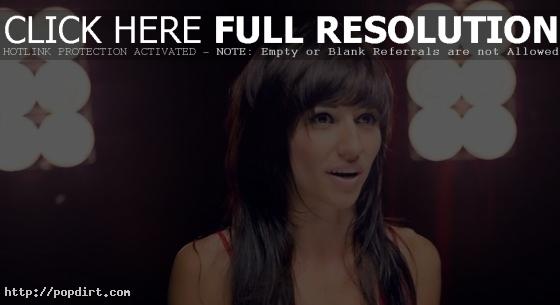 Talking about her personal connection to the track, Lights explained, “I wrote it about a particular person and I ended up meeting him, who is my husband now, at a very serendipitous moment. I had a lot of fun writing the lyrics, just kind of making a lot of references to his life and my life. There’s a Super Mario reference in there. You have to have fun with it.”

Galloway said, “It’s all about serendipity. You meet the love of your life because you’re at the right place at the right time. We just wanted to find a way to express that feeling of just innocent, head over heels, complete and utter love.”

As for the video, Ken said, “The plot of the video profiles three couples who happen to be working out side by side on pieces of exercise equipment who develop an attraction and ultimately fall in love, just because they’re at the right place at the right time.”

Talking about her role in the video, Lights said, “My part in the video is a gym manager. I also eventually over the course of the video become a ballroom dancer. Romance can make you all of the sudden something that you’re not and feel great and a simple gym manager turns into a fantastic ballroom dancer with a handsome love interest.”

Galloway said about teaming with the artist, “Working with Lights has been amazing. It’s a complete honor.” END_OF_DOCUMENT_TOKEN_TO_BE_REPLACED 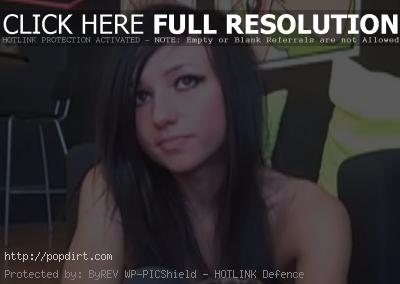 Mind Equals Blown caught up with Canadian synthpop singer Lights in a Q&A. The emo hair sporting artist talked about how their sold-out show in New Orleans was “gnarly and hot”, how each song comes together its own unique way, how recording live electronic is ironic for the genre, collaborating with Holy F*ck, wanting to make music that takes the listener away for 3 1/2 minutes and be a reminder of “apple pie”, wanting to team up with 50 Cent, her belief that people are getting tired of so much perfection in music and desiring a return to a more natural sound – mistakes and all.

“You hear these stories about some of these huge rock stars who have lost touch with reality, you wonder how that happens, at what point that happens. I know I haven’t,” Lights said when asked about musicians becoming larger than life and worshipped to some extend. “I don’t know if it’s due to my family, or my connection with my fans. I’m always making sure I try to meet people when I can, or keeping myself on a ground level and having good friends around – your team around you! They’re important. If you have people around you who are telling you ‘yes’ all of the time, you’re never going to know reality.”
Listen to the interview via Soundcloud below. 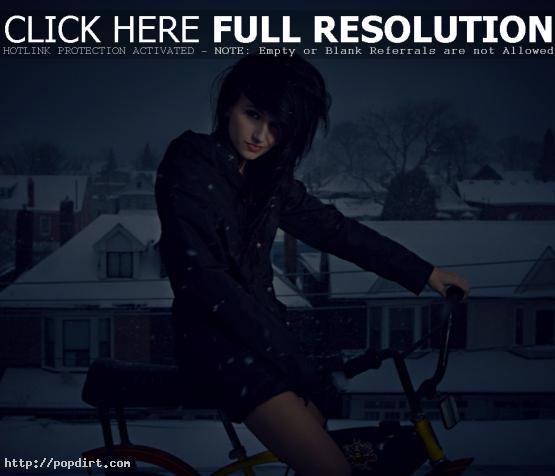 Canadian synthpop artist Lights is continuing to hit the road in support of her current album ‘Siberia’ with a 19-date U.S. tour kicking off October 26th in San Francisco. The supporting act for the tour will be Canadian indie-rock band Arkells, who recently won the 2012 Juno Award for Group of the Year. 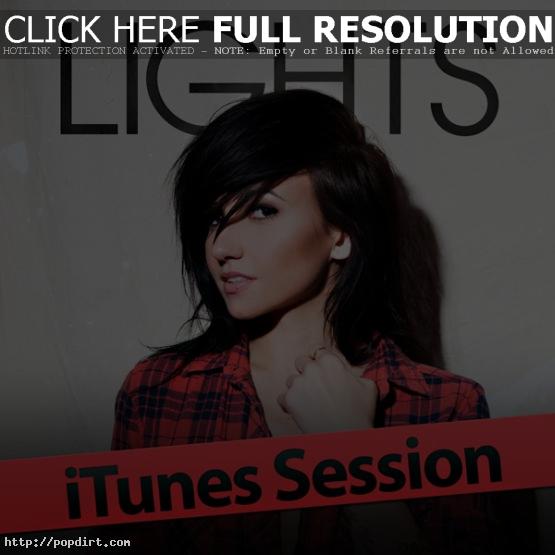 Lights has released an exclusive new iTunes Session which is available now at itunes.apple.com. The iTunes Session was recorded in Toronto and features five hits from her latest full-length album ‘Siberia’, ‘Face Up’ from her debut LP ‘The Listening’, and the previously unreleased song ‘In The Dark I See’.