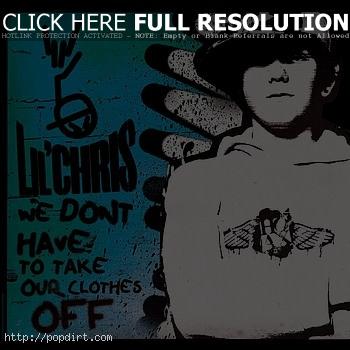 Lil’ Chris is out with the music video to his new single ‘We Don’t Have To Take Our Clothes Off’, a cover of Jermaine Stewart’s 1986 hit. Watch it at Vevo.

Lil’ Chris ‘Figure It Out’ Video

‘Rock School’ star Lil’ Chris is out with the music video to his new single ‘Figure It Out’, from his self-titled debut album. Watch it via YouTube/Vevo below.

Glen Pavis of Cool FM in Belfast spoke with 16-year-old Lil Chris. They talked about his “Hardman” last name, being on ‘Rock School’, growing up listening to rock, checking out a Towers Of London gig, his first single ‘Checkin’ It Out’, and his self-titled debut album. Coolfm.co.uk has since removed the audio.

Lil Chris ‘Checkin’ It Out’ Video 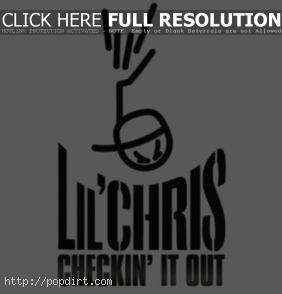 ‘Rock School’ star Lil Chris is out with the video to his debut single ‘Checkin’ It Out’. Watch it via YouTube below.