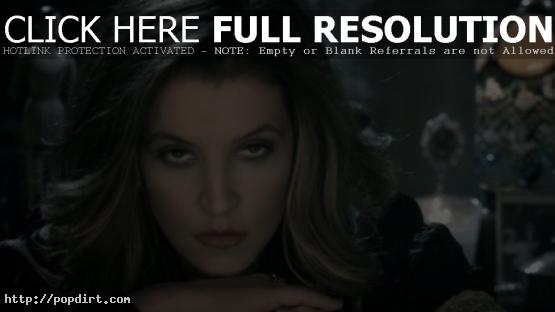 Lisa Marie Presley is out with the music video to his new single ‘You Ain’t Seen Nothin Yet’, off the Memphis, Tennessee singer songwriter’s third studio album ‘Storm & Grace’, out now on Republic Records.

“Just over two years ago, I went to England to attempt to write another record after finding myself in a considerably disheartened and uninspired state creatively. Over an 8-month period, I wrote 30 songs. I was fortunate to be able to write with some incredible artists and singers such as Richard Hawley, Ed Harcourt, Sacha Skarbek and Fran Healy, to name a few,” Presley said about the album. “Nothing was planned or contrived in any way, and out of it came a very organic record that was always inside of me and that I am incredibly proud of. It was a dream come true and such an honor when T Bone liked the songs and produced and played on the record.”

Watch the Dean Karr directed video via Vevo below.

Lisa Marie Presley checked in with fans on her blog at MySpace on Wednesday (May 12) after visiting the grave of her former husband Michael Jackson. Elvis’ daughter writes:

While visiting him a few days ago at Forest Lawn, Riley and I couldn’t help but notice that, while there are a few bouquets, candles and gifts there is a very large empty space around him and in front of him that could use a whole lot more.

While, I am sure that the staff at The Holy Terrace do their very best to place what is sent and what is placed at the door at his tomb, I thought you might like to know that he would want and deserves more than what is there and I had an idea…

Some may or may not know this but his favorite flower was the Sunflower.
They made him happy because they looked happy to him, Thus, he called them “The Happy Flower”.

When we were married, I would try and fill up rooms with them wherever he was.

The entire message at MySpace has since been removed.

Lisa Marie Presley: I Wanted To Save Michael Jackson

Lisa Marie Presley updated fans on her blog at MySpace on Friday (June 26), talking about the death of her ex-husband Michael Jackson bringing “unstoppable tears” and being “overwhelmed with sadness, reflection and confusion at what was my biggest failure to date.” The daughter of Elvis writes:

I am going to say now what I have never said before because I want the truth out there for once.

Our relationship was not “a sham” as is being reported in the press. It was an unusual relationship yes, where two unusual people who did not live or know a “Normal life” found a connection, perhaps with some suspect timing on his part. Nonetheless, I do believe he loved me as much as he could love anyone and I loved him very much.

His family and his loved ones also wanted to save him from this as well but didn’t know how and this was 14 years ago. We all worried that this would be the outcome then.

At that time, In trying to save him, I almost lost myself. 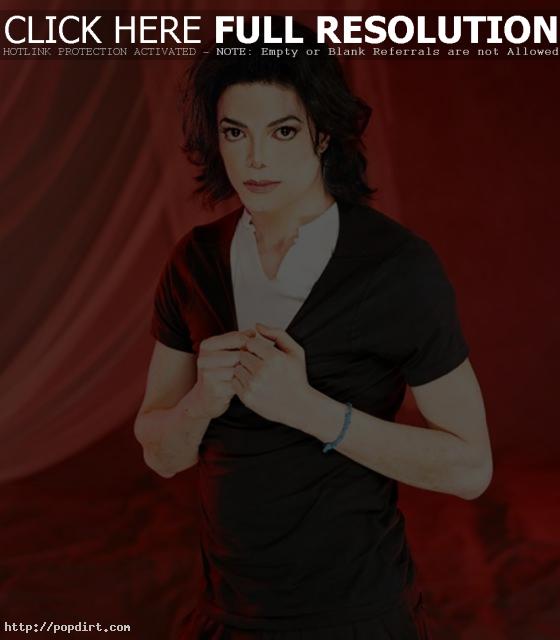 Lisa Marie Presley is reacting to the death of her ex-husband Michael Jackson. The daughter of Elvis Presley issued the following statement:

I am so very sad and confused with every emotion possible. I am heartbroken for his children who I know were everything to him and for his family. This is such a massive loss on so many levels, words fail me.

People magazine has the first photos of Lisa Marie Presley and her twin daughters Finley and Harper. “I really wanted these babies,” 40-year-old Presley said. The singer songwriter revealed she tried for two years to get pregnant before conceiving the 3-month old girls. “My blood was too thick and would clot, which caused several miscarriages,” she said. “The moment I took blood thinners, I got pregnant.”

A report from E! on the news, featuring pictures of the babies and their parents, has since been removed.

Lisa Marie Presley checked in with fans on her blog at MySpace on Tuesday (January 6), reacting to the tragic death of John Travolta’s son Jett and striking out at those who are criticizing the religion she and Travolta practice – Scientology. The singer songwriter tells readers:

Among most of the crazy made up garbage that goes around about it, It is not true that Scientologist’s “Don’t believe in” medical care, medicine or medical Doctors and that may have something to do with this terrible tragedy.

Just like anyone else, If one is sick, they go to the doctor, If a medication will make it better then they take it.

If they don’t then they are an idiot and you can’t blame their religion.

Whatever medical and or physical condition Jett had, I can tell you first hand that his parents were on a tireless, never ending quest to get and provide him with the absolute best care anyone could ever ask for and need, medically, physically, emotionally, medicinally and spiritually.

I am not writing this to preach my beliefs, I am here to protect my friends.

People magazine hears from Lisa Marie Presley’s rep Cindy Guagenti that the singer and husband Michael Lockwood welcomed twin girls on Tuesday (October 7). The baby girls were delivered by C-section at 2:46 p.m. and weighed in at 5 lbs., 15 oz. and 5 lbs., 2 oz. “The babies and mom are happy and healthy and resting at home,” Guagenti said. Read more.

Lisa Marie Presley Thanks ‘ET’ For Holding On Twins Story

Lisa Marie Presley posted an update on her blog at MySpace on Friday (August 8), discussing the news ‘Entertainment Tonight’ broke that she was pregnant with twins. Elvis’ daughter had earlier told the television program by accident that she was having twins, but they agreed not to broadcast the news until she was ready, a decision Presley praised. “They are one of the last remaining Entertainment news shows that has kept its dignity and high standards in the current morally degraded climate we are now in,” Presley writes. “In the past couple of years, high profile type people seem to have less and less rights, less privacy and protection. The onslaught of internet and tabloid sites mostly want only blood now. They have managed to make being a public figure a 24/7 public stoning and execution of various sorts. Some obviously more brutal than others. It is so nice that ET does not engage in that and that they still respect people, entertainers and artists. That they see and respect their value in society and still give them some dignity and respect.”

Lisa Marie Presley, who is set to give birth to twins this fall with husband Michael Lockwood, won’t be teaching the babies to call Priscilla Presley “grandma.” The 63-year-old tells ‘Entertainment Tonight’, “We say ‘Nona’ – it means ‘grandma’ in Italian. There’s just such a connotation with Grandma, and I just liked it better. [Lisa Marie’s children] say it so sweet: ‘Nona.'” Video of Priscilla’s interview with Mark Steines at ETOnline.com has since been removed.

Lisa Marie Presley, joined by her mother Priscilla, spoke with People magazine about the news she and husband Michael Lockwood are expecting their first child together at Friday’s opening night of PaleyFest, where her father Elvis Presley’s ’68 Comeback Special played at Hollywood’s Arclight Cinerama Dome. “I’m doing all right [but] I’d rather be in bed right now,” Lisa Marie joked.

Priscilla added, “It feels great … to have a baby coming into the family – all of our kids are all grown. My son, of course my daughter is all grown with her kids, and now her children are grown, so it’s a new experience – it’s great!” Read more.