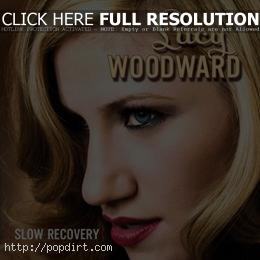 Lucy Woodward is out with the music video to her new single ‘Slow Recovery’, off the American pop singer’s third studio album ‘Hooked’, out now on Verve Records. Watch it at MuchMusic.

Lucy Woodward’s “The Pizza Sessions” features the pop/jazz singer singing the ‘Hooked’ track ‘Babies’ in a pizza restaurant with friends. Watch it below. 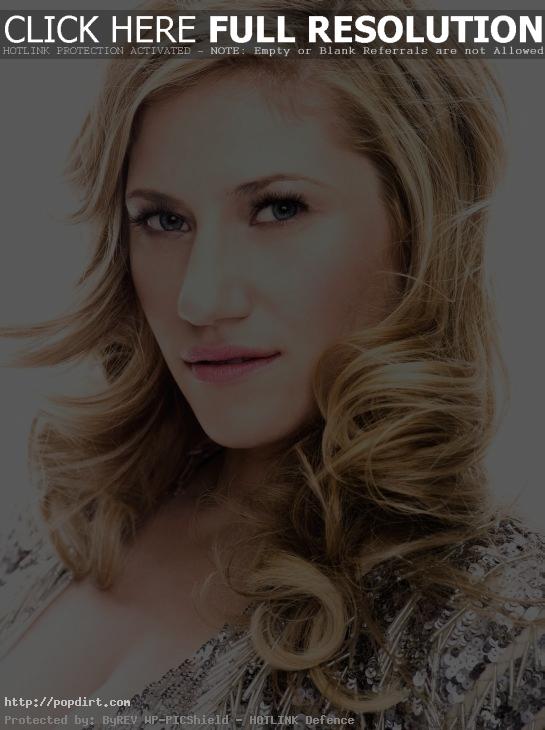 Lucy Woodward visited WPIX 11 in New York City the other morning, performing ‘He Got Away’ and talking about singing jingles to make a living – including the Kay Jewelers, her show at the Highline Ballroom, and other places she plans on touring.

“To make a living in New York City, you’ve gotta pay the bills,” Lucy said about her commercial jingles moves.

Video at Lucy’s MySpace has since been removed. 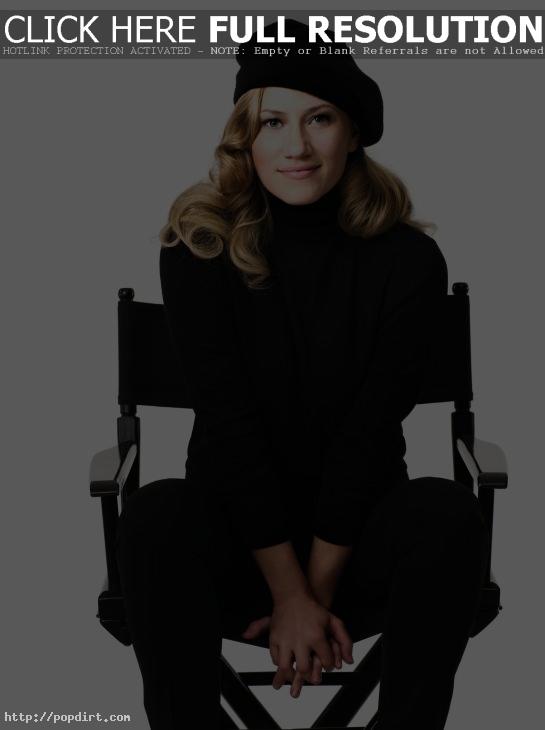 Lucy Woodward is out with a promo video for her recently released album ‘Hooked’, featuring behind the scenes footage from a photo shoot and performances, featuring the music from the ‘Hooked’ songs ‘Ragdoll’ and ‘He Got Away’. Watch it via her YouTube below. 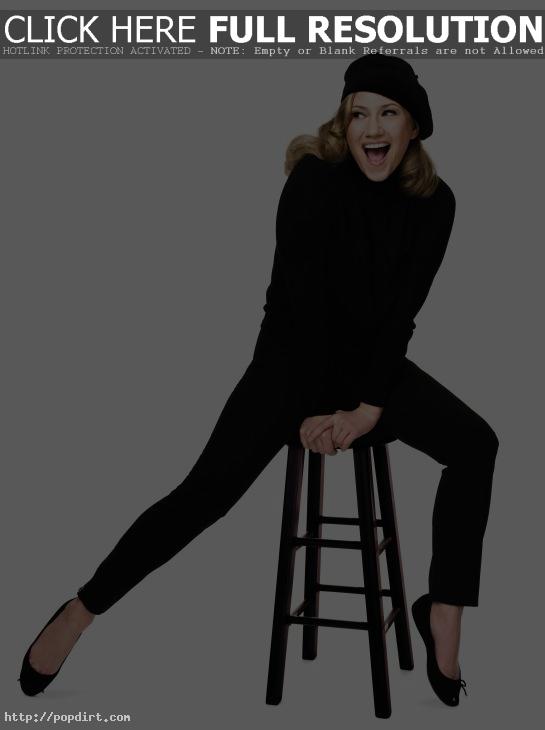 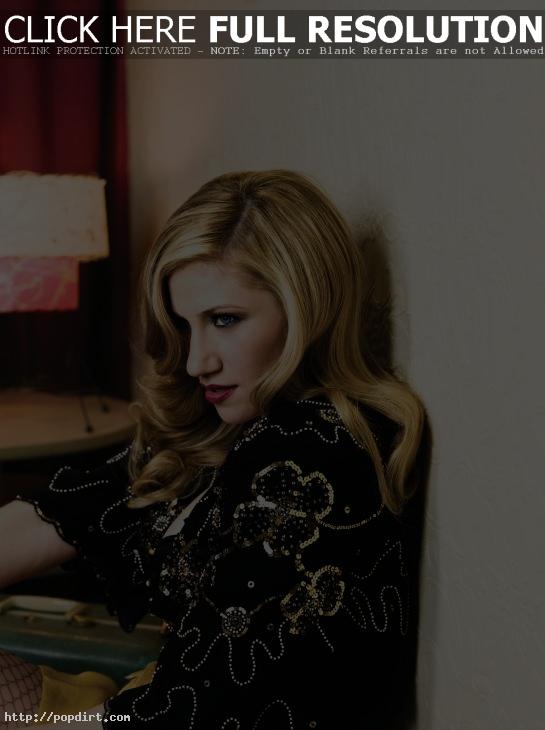 Lucy Woodward updated fans on her blog at MySpace (@lucywoodward) on Thursday (February 25) with details on shows in support of her new album with Verve Records, which comes out in May. The pop/soul singer tells readers:

In March, I am Los Angeles bound!

My new project is an amalgam of big-band and soul. I was tremendously inspired by the great Peggy Lee, the fierce Shirley Bassey, the swagger of Cab Calloway and the ‘so’ of Nellie McKay (who actually wrote a song for me on this record…).

I hope to see you there!
Lotsa lotsa love,

Lucy Woodward just posted this interesting bit of news on her Twitter (@lucywoodward):

Singing backup for Paula Abdul on American Idol this Wednesday. Rehearsing now….reeeeeally fun! Will be hot.

Maybe she wasn’t supposed to blab, because even Paula’s Twitter (@PaulaAbdul) only mentions “big news”:

Back in the studio again today. Get ready for an exciting week. Big news to come! Stay tuned….

In the studio with my music producer listening to some tracks… Getting excited about this weeks theme… Rock Week!! Yay :)

Update: Since Daughtry and Slash are performing this week, there’s a thought that Paula will be taping the performance to air in a week or two. That would also give Paula a chance to do the performance in multiple takes, which would probably be wise given her prior pull-outs of scheduled live comeback performances.

Update II: DishofSalt writes on Twitter (@DishofSalt): “finally got Paula. Can’t reveal what we talked about til Wed.”

April 28, 2009 – Paula Abdul updated fans on her Twitter page (@PaulaAbdul) moments ago from the set of ‘American Idol’, where the top five will be competing in a big band themed week. Abdul writes:

Tonight’s mentor is Jamie Foxx – by far one of the best mentors the kids have ever had!!!!

Lucy Woodward Writes About Her Visit To Kenya And Rwanda

Lucy Woodward documented her July visit to Kenya and Rwanda on her blog at MySpace (@lucywoodward) on Monday (September 8). The New York City based singer songwriter tells readers:

There were two words that were said to me on my second to last day in Kenya. Two words that let me breathe a little deeper and let me sit a little more peacefully. Two words that we don’t hear strung together as a simple farewell much in the States. They were ‘Go well’. I don’t know why they moved me so much but they did. Maybe because you can tailor it to however you are feeling in that moment. Or it might make you think about what you really want to take with you into the next moment. Almost like a ‘god bless you’ but without the possible connection of something bigger attached to it. It’s a small moment – one notch up from a ‘have a nice day’, a more soulful, a less casual, a less vague ‘have a nice day’. It made me think about how I want to ‘Go well’. And usually, it’s an instantaneous decision on what the meaning of it is. Like it’s been there all along, ready for me to acknowledge it so I can stick it in my back pocket before I move forward.

Lucy Woodward posted footage of her ‘Stardust’ a capella performance at The Zipper Factory in New York City on her YouTube channel.

In a bulletin to her MySpace friends telling them about the video, the New York City based artist said, “Also, I wanted to thank you all for purchasing the new and improved ‘Lucy Woodward Is… Hot & Bothered’ from Barnes & Noble! It was the #14 top music seller nationwide for the entire chain last week – which is absolutely amazing. I couldn’t of done it without your support!”

DoSomething.org spoke with Lucy Woodward in a Q&A, where the singer songwriter talked about her travels to Africa to raise money to help families affected by HIV, meningitis and the genocide. “I first went to Nairobi 13 years ago,” she said. “It made me realize that there is a whole other world out there beside my own. I began going back there every few years and each time I went back I knew that I had something to give. As a performer, I know it’s easy to be self absorbed, going to other countries made me realize that my life can’t be just about me. I believe it’s important to help the people there help themselves, by giving them knowledge.” The full story at dosomething.org has since been removed.