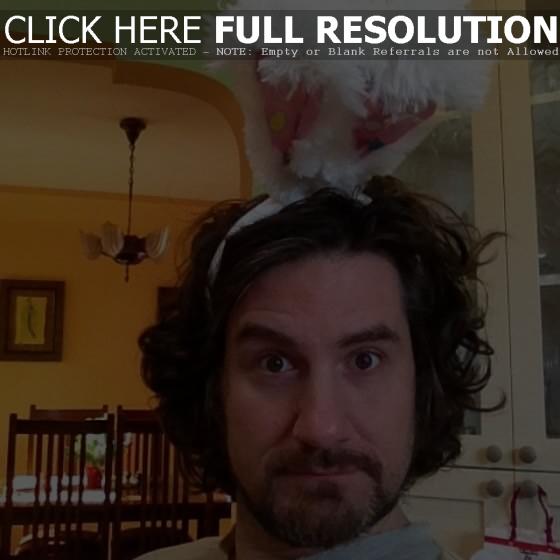 Several pop artists checked in with their followers on Twitter today, wishing them a happy Easter Sunday. Among the Tweets:

Savannah Outen (@therealsavannah): Happy Easter!!! You guys are egg-stra special to me

Victoria Justice (@VictoriaJustice): Happy Easter! I hope you guys have a lovely day with your family & friends. Save some of your chocolate for me ;) xo pic.twitter.com/zsMQDaLUQT

Matt Nathanson did a live set at the Bing Lounge for Portland, Oregon’s 101.9 KINK FM recently in support of his seventh studio album ‘Modern Love’. The 38-year-old singer songwriter performed the album’s title track as well as ‘Room at the End of the World’, ‘Kept’ and ‘Faster’. Watch the show and an interview via YouTube below.

Matt Nathanson Fumes Over Those Complaining About Cost Of Albums

Matt Nathanson lashed out at people who view music as expensive to his Twitter followers (@mattnathanson) earlier this morning. The Lexington, Massachusetts singer songwriter released his seventh studio album ‘Modern Love’ last month, which debuted on number 17 on the Billboard 200, marking his most successful album opening. The 38-year-old writes:

It BLOWS MY MIND. Most people do NOT respect the work & COLLECTIVE YEARS OF SKILL that go into making records. They just bitch.

The album is not dead. Peoples fu**ing imaginations are.

People spend $4 on a latte. And complain that albums are too expensive. Yuck.

@Sillywhite it’s just a fu**ing bummer. & this whole industry just rolls towards the idea. “The consumer has spoken..” Yuck.

Reading your replies. People are NOT idiots. They are just SO ENTITLED!… Which is way worse.

Matt Nathanson Offers MTV His 10 Greatest Artists Of All Time

Matt Nathanson checked in with fans on his blog at MySpace (@mattnathanson) on Friday (May 14), discussing how he got to participate as someone offering commentary in an upcoming MTV special ‘The 100 Greatest Artists of All Time’. The singer songwriter tells readers:

So last week I shot interview clips for a new VH1 special on ‘The 100 Greatest Artists of All Time.’ They emailed me a big old list and had me fill out a ballot with my top 10. Then I got to go in, be on camera and nerd out on my top 25.

You have to understand, when I was a kid… I DREAMED about sh** like this. If a show had existed then where you talk about why your favorite bands were your favorite bands, I would have wiped the flaky puff crumbs off my sweatpants, put down the dungeons & dragons handbook, marched my heavy-set ass out of the basement to wherever they were filming and gotten my dork on!

Matt Nathanson Recaps First Round In The Studio

Matt Nathanson checked in with fans on his blog at MySpace (@mattnathanson) on Tuesday (March 16) with a studio recap as the singer songwriter works on a follow-up to 2007’s ‘Some Mad Hope’. Matt writes:

long story short… I’m back home. got home Sunday night. 6 songs are done. well, 80% done. the other 20% will happen once we let things settle a bit. get some distance. in the meantime, I’ll start writing the next round.

yes, my friends, it’s true. I’m like a slow food restaurant. fresh! write six songs. record six songs. then go back and write the next batch. gives me perspective. plus, if O had to record 12 songs in one long session, like I used to do, I would kill puppies.

Matt Nathanson checked in with fans on his blog at MySpace (@mattnathanson) on Saturday (December 26) after learning about the death of Vic Chesnutt, caused by an overdose of muscle relaxants. Matt writes:

I have to be in the mood to listen to Vic Chesnutt.
His songs demand my attention..
It’s not always music.
But every time I do listen, without fail, I am rewarded.
I am inspired to write.
And the words just spill out.
Like my cork has been pulled…
It happened this morning, listening to his latest,
and now final record, ‘at the cut.’

It’s so rare in music that hype and myth
are attached to something that actually delivers.
Vic Chesnutt delivered.
And he will be missed.

Matt Nathanson: I Want To Be Slash

Matt Nathanson checked in with fans on his blog at MySpace (@mattnathanson) on Wednesday (December 16) with some “deep thoughts”. Among them:

I want to be Slash. I want to be able to walk into rehearsal in track pants and a leather jacket/jean vest combo and make my guitar do what his guitar does.

Matt Nathanson “Digging The Sh**” Out Of New U2 Album

Matt Nathanson checked in with fans on his blog at MySpace (@mattnathanson) on Thursday (November 12), sharing his opinion on U2’s new album ‘No Line On The Horizon’. The singer songwriter tells readers:

I’m sitting in my kitchen, listening to the new U2 record.
And just digging the sh** out of it.
It is so good.
The album is a whole.
An event.
53 minutes and 41 seconds of moment.

To me, U2 spent the 2000s chasing a parade they used to lead.
They made collections of songs, not albums.
And from a band that made ‘War,’ ‘Unforgettable Fire,’ ‘Joshua Tree’,
‘Achtung-FU**ING-Baby!’… even ‘Pop,’ I expected more.
I expected journeys…
(not to be confused with Journey. Who fu**ing rule, btw.)
Not just songs strung loosely around a few singles.
I’m not saying the new record is perfect…. it isn’t.
But what is so kick ass about it is…. THE ALBUM IS THE STAR!

Matt Nathanson checked in with fans on his blog at MySpace (@mattnathanson) on Tuesday (November 3), discussing his return home to San Francisco and plans to begin work on a follow-up to ‘Some Mad Hope’. The 36-year-old singer songwriter tells readers:

No shows. No plane flights. No suitcases.

This is a new concept for me.
I have to keep reminding myself that I’m not leaving.
It feels very indulgent.
I think I’m gonna start wearing satin pajamas all day.
And smoking a pipe.
Then I’m gonna let my beard grow….
And pay people to come to my house to shave me.
Oh the glory!
I’m drunk on the sweet nectar of freedom’s kiss!

My only focus now is the new songs. And the new record.
Mark flies up on Monday for the week to write.
Then, the plan is a first round of recording in December…
But plans change. So we’ll see.
Plus, it isn’t super easy scheduling sh** between spa treatments.
These shoulders ain’t gonna massage themselves, goddammit!

Matt Nathanson checked in with fans on his blog at MySpace (@mattnathanson) on Thursday (October 1), talking about wrapping up touring in support of ‘Some Mad Hope’ and meeting the Tibetan spiritual leader Tenzin Gyatso. Matt writes:

I am finally finishing up 2 1/2 years of promotion and touring behind ‘Some Mad Hope’. Spent the summer crisscrossing the US with my friends O.A.R., Indigo Girls and Sugarland… As well as headlining my biggest shows yet in Canada. Lots of great shows, great people…and, oh yeah… I got to play a benefit for, and be blessed by, The Dalai Lama in Memphis last week!!! It was a pretty mind blowing way to spend a Wednesday. Very surreal! I will post more photos and a write more about it on the website/myspace/facebook soon… I am a very fortunate human..