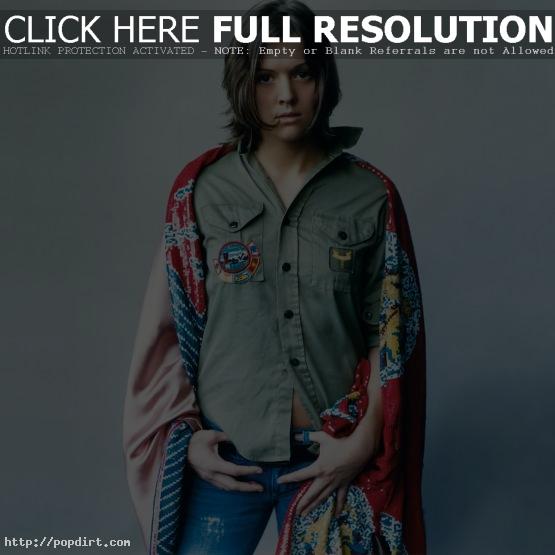 The Jonas Brothers, who perform on ‘The Ellen DeGeneres Show’ (Syndicated) on Monday.

Meiko, who performs on ‘The Bonnie Hunt Show’ (Syndicated) on Monday and ‘Late Night with Conan O’Brien’ (NBC) on Thursday.

‘Rachael Ray’ (Syndicated) crashes the set of ‘American Idol’ on Monday, while Paula Abdul appears on the ‘Rachael Ray’ set on Tuesday.

Nick Lachey, who hosts the finale of ‘High School Musical: Get in the Picture’ (ABC) on Monday.

Jessica Simpson, who performs on ‘Good Morning America’ (ABC) on Tuesday and ‘The View’ (ABC) and ‘The Late Show with David Letterman’ (CBS) on Thursday.

Gavin DeGraw, who performs on ‘Live with Regis and Kelly’ (ABC) on Tuesday.

Meiko Ditches The Airport And Heads To Parents’ Home

Meiko checked in with fans on her blog at MySpace (@meiko) on Friday (September 5). The singer songwriter tells readers:

So Last night I played a show in Conway, Arkansas… At a pretty awesome college called Hendrix… The only bummer was, it was raining balls and I couldn’t enjoy the country…. oh – and it was a DRY COUNTY and I couldn’t buy a bottle of red wine!

So – I woke up really late, and rushed to the airport (without eating at the Waffle House that was right by my hotel).

I had a layover in Atlanta, and at that point I was like “Fu** it, Im going to ROBERTA!!!!!” So I ditched the airport and took a shuttle bus to my parents’ house….

Meiko checked in with fans on her blog at MySpace (@meiko) on Tuesday (September 2) with the following update:

What an insane day!!!! Today, I taped my first TV appearance!
I taped an episode of “The Bonnie Hunt Show”! It was her first show ever and she asked me to be on there because she is a fan — what what what?!?!?!

AWE!!! I was on with Robin Williams! Pretty fricken awesome.

I was so nervous last night…. I seriously got 1 1/2 hours of sleep. My brain was racing and I was so pissed. I hate when I cant sleep. I even took a Melatonin… It didn’t work… Everything ended up being fine. I didn’t mess up!) Hooray!!!!!

I got to play TWO songs (“Boys With Girlfriends” and “How Lucky We Are”) ,and I sat down and talked to her for a bit! YIKES!!!

It airs during the day on Sept. 8 – the day before MY CD IS IN STORES!

Meiko Having Trouble Eating Healthy On The Road

Meiko checked in with fans on her blog at MySpace (@meiko) while on tour in Utah. The Los Angeles based singer songwriter tells readers:

Dude. It is so hard to eat healthy on the road! All there is is Burger Kings, Subways and gas stations! All I want right now is a big ass pink grapefruit and um…. some green tea!!! But I’m stuck with orange juice and corn nuts…

The shows have been really cool… I love touring for the simple things… The new crowds and the local beers. Ha ha! It’s been awesome.

Meiko Checks In While On Tour In Nashville

Meiko checked in with fans on her blog at MySpace earlier today. The Los Angeles based indie pop artist writes:

Man! Things have been a little nuts! I’m on tour right now and I’m in Nashville! Woooo-hoooo! I got my sweet tea fix! (went to Jacks BBQ)

Tonight I play a show at 3rd and Lindsley and then we drive to Chicago!!!!! It’s gonna be a long night!)

Things are still totally normalish – It’s just a lot more things to do in the day. I love traveling. This is definitely my bag… Right now I’m relaxing in the hotel watching ‘Coneheads’. I love this movie!!!

How are yall doing!?

Sorry if some of you have written me and I haven’t written back yet… There was a few days when my myspace was out of hand thanks to Tom adding my song on his profile!) Hee hee!) THANKS TOM! Lets eat sushi again!!!

Oky doky… I have to go sound check. Please know that I love all of u and I’m trying to be better at keeping in touch. I’ll try to blog more…. Sorry!( 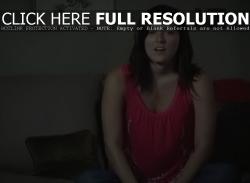