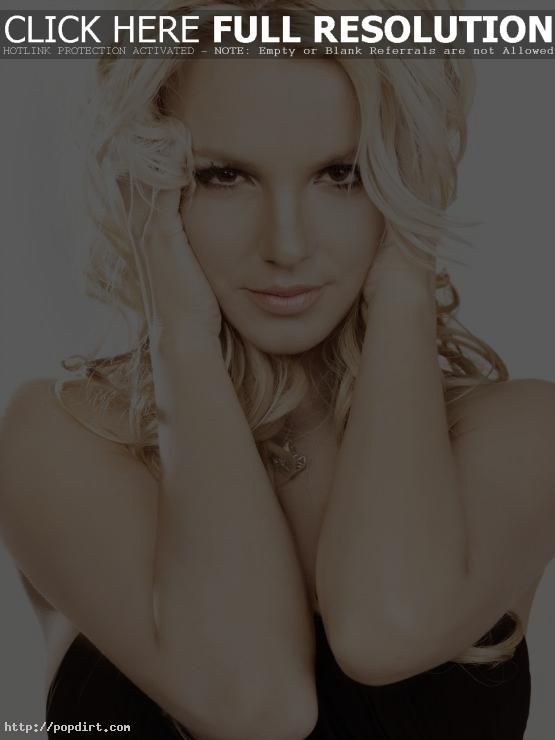 Moby is responding to critical comments sent his way by fans on Britney Spears on Twitter. The artist who famously feuded with Eminem told Spinner that “music” is the wrong word to describe what chart topping artists like Britney Spears or Ke$ha are putting out… or that’s how Spinner put it, his quote never mentioned an artist by name. “It’s fun, but I don’t think of it as music,” he contended. “It’s manufactured. I appreciate it as pop culture phenomenon and some of the songs I like if I hear them in a shopping mall or something, but it doesn’t function as music for me.” Moby tells followers (@thelittleidiot):

I think it’s odd when people get so angry with someone they’ve never met. Aren’t there better hobbies than hating complete strangers?

Dear Britney fans, I have nothing against your queen. I think she’s like an interesting character from a Tennessee Williams play. Thanks.

It must be a slow day in the land of gossip news when my facile opinions get so much attention. I hope that everyone has a nice weekend.

Among the Tweets that prompted Moby to react:

Britne****sLife: @thelittleidiot FU** YOU! you cant say that Britney’s music has or has not me. Her music has changed my life so shut the fu** up!

Hollister780: @thelittleidiot who the fu** are you talking shot about the legendary Britney Spears??? Kill yourself fu**er

xMrCashx: @thelittleidiot Who’s the fu** is you ? Britney owns you fu**ing desperate life ..

BowtoJayla: @thelittleidiot YOU MAD CU**. NO ONE LISTENS TO YOUR GARBAGE YOU UGLY BALD GRANDPA. BRITNEY SH**S ON YOUR WEAK ASS MUSIC IRRELEVANT FLOP 5

solo****9: @thelittleidiot stop talking sh** about @britneyspears and you owe her an apology you low life muthatfu**a!!

Moby checked in with fans on his official web site journal at Moby.com, reacting to news of the Supreme Court decision to give police more leeway to break into homes or apartments to search for illegal drugs when they suspect those inside might be destroying the evidence. The artist says:

not to be too reactionary or alarmist, but it does seem that the united states is increasingly becoming a totalitarian state. the nsa can tap our phones and read our emails. the justice dept can detain people without due process. our actions are monitored with ubiquitous security cameras. the government can follow us via cell phones. and now this

how is this not evidence that the united states is becoming n(technically: has become) a totalitarian state?

Moby is out with the music video to his new single ‘The Day’, which stars Heather Graham. The song is the first release off the 45-year-old artist’s forthcoming album (and photo book) ‘Destroyed’. Watch the Evan Bernard directed video via YouTube below.

Moby checked in with fans on his official web site journal on November 6th, talking about a bizarre complaint he got in-flight from passengers sitting next to him. The 45-year-old tells readers:

On the flight down I had my window shades up (because, call me crazy, I like looking at the ocean), and the people next to me got very upset. They asked me to pull down my window shades ‘to protect against radiation’.

Now, I’m not a physicist, but how effective are thin vinyl window shades as a barrier against radiation?

Maybe they were European vampires who hated the sun. Or maybe they have some understanding of wave particle physics and restricting radiation exposure through thin pieces of vinyl of which I’m not aware.

I compromised, and pulled the shades down a bit. That way I could still look at the ocean and they were protected from radiation by tiny, thin pieces of vinyl.

Heading to hotel now. Djing with Carl Cox tomorrow. Then back to NYC Sunday.

Moby checked in with fans on his official web site journal on Saturday (October 16), sharing his thoughts on California’s Proposition 19, which would to legalize small amounts of marijuana on the state level. The artist tells readers:

On November 2nd Californians will be voting to, basically, legalize the cultivation and possession of small amounts of marijuana. And, not surprisingly, many in law enforcement (including the attorney general) are opposed.

The opposition from law enforcement is patently absurd, as it’s predicated on the idea that any aspect of the war on drugs is actually working. The war on drugs, simply, and based on all studies and evidence, doesn’t work. The United States and local law enforcement spends, on average, between $20 billion and $40 billion a year waging the war on drugs. And our prisons are filled with people who’ve been arrested for use and possession and small-scale distribution. And people continue to do drugs. In fact, there’s not a single epidemiological study indicating that the war on drugs has led to a decrease in drug use. If anything, drug use in the last 30 years has remained steady or actually increased.

Moby railed against cable news when sharing his views on President Barack Obama’s first 18 months in office. The artist wrote on his official web site’s blog:

Someone asked me recently, ‘after 18 months, how do you feel about Obama as president?’

My answer was, and is, ‘eh, he’s ok’. He’s not a great president, but nor is he a bad president. He seems like an ok president.

The problem really is not what type of president he is, but rather that we live in an age of 24 hour news cycles and myriad news sources and they live off of drama. Saying ‘President Obama is doing an ok job’ isn’t dramatic. Saying ‘THE BP OIL SPILL!! IS THIS OBAMA’S KATRINA???’ or ‘IS OBAMA A MUSLIM SYMPATHIZER???’ is dramatic. And so the cable news networks report the news in a way that is egregiously distorted and overly dramatic. Again, saying ‘politicians in Washington are working on health care reform’ isn’t dramatic. Saying ‘IS OBAMA A SOCIALIST??? IS OBAMA GOING TO KILL SENIOR CITIZENS????’ is dramatic.

Moby: Republican Victory Will Be Like Returning To Abusive Boyfriend

Moby checked in with fans on his blog at MySpace (@moby) on Friday (September 24), reacting to the Republicans new “Pledge To America” and his fears about the right returning to power in congress. The 45-year-old tells readers:

There are a few problems with this ‘pledge’.

1. The Republicans were in power for 8 years and they raised government spending and created a huge federal government and made government as un-transparent as its ever been.

2. The spending cuts they talk about are around 1% of the federal deficit. So they want tax cuts for the wealthy, defense budget increases, and small, token cuts to the federal budget.

3. They only give passing lip service to the pressing issues, such as Medicare, Medicaid, and Social Security, saying that these will be dealt with. But they already had 8 years and they essentially just created deficits, a huge federal government, and a redistribution of wealth from the middle class to the wealthy.

Going back to 8 years of failed Republican policies after 2 years of Democratic governance is like going back to an abusive boyfriend after 2 years of trying something new. The republican party in 2010 is like an abusive boyfriend saying, ‘no baby, really, I’ve changed’, and hoping that his girlfriend doesn’t remember just how bad it was when he was beating her up. The Republicans had EIGHT YEARS to prove themselves. And they failed. 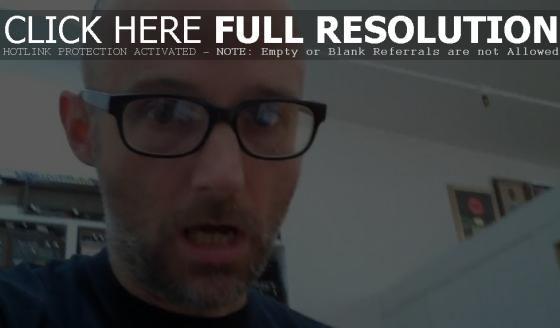 The latest video blog from Moby features the musician sitting in his living room showing his musical range by playing metal guitar in a drop D tuning. Watch the brief clip of the 44-year-old shredding via YouTube below.

Moby On End Of U.S. Combat Operations In Iraq Coverage

Moby checked in with fans on his official web site journal at Moby.com on Thursday (August 19), talking about the lack of coverage given to the end of U.S. combat operations in Iraq. He writes:

I’m a bit confused as to why the end of U.S. combat operations in Iraq isn’t a bigger news story?

In the Google news round-up it was actually listed below Blagojevich’s trial and something about Justin Bieber. One would think that the end of 7 1/2 years of U.S combat operation in Iraq would merit a bit more news coverage? Maybe if there’d been some celebrity endorsements? Like: ‘The Cast of True Blood Presents: The End of U.S. Combat Operations in Iraq!’ (sponsored by Diet Coke and Summer’s Eve).

In any case: good luck to all involved. The Iraqis, the U.S. soldiers, and the allied soldiers. It was a war that never should have started, that cost the U.S. over $1,000,000,000,000.00 dollars, and that took the lives of tens of thousands of soldiers and citizens.

I, for one, am truly glad to see the end of U.S. combat operations in Iraq.

Good luck to all.

Moby posted his first video blog on YouTube, or a 7 second clip of what he observed in the back seat of a mini-van. The artist writes:

Ok. Here’s #1 in my brand new video blog. Some people have long and informative video blogs. Maybe I’ll get there at some point. But in the meantime I want to send in little 5 second long videos of things I see that seem to be worth 5 seconds of viewing time. For example: this weird dancing apple flower thing creature that a Pakistani man who was driving me back from Brooklyn had on the dashboard of his busted up old mini-van. Thus: