Nerina Pallot ‘All Bets Are Off’ Video 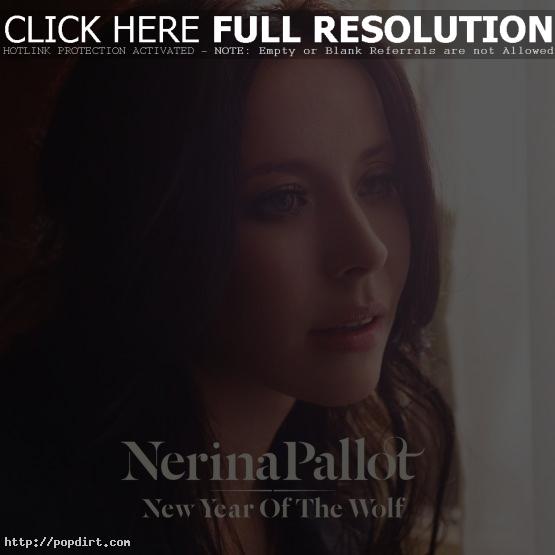 Nerina Pallot is out with the music video to her new single ‘All Bets Are Off’, off the British singer songwriter’s fourth album ‘Year of the Wolf’, out now on Geffen Records. Watch it via MSN below.

Nerina Pallot checked in with her Twitter followers (@ladychatterley) this morning, upset with the British tabloid media practice of including topless women in their publications, notably The Sun’s Page Three, wishing that in 2011 it could go away, or perhaps even start something similar with male private parts. The British singer songwriter says:

I got all hopeful seeing Nuts and Zoo trending. Thought they had finally died. But no.

I don’t have a problem with girls getting their tits out on Page 3 etc. But it annoys me that we erect peni aren’t allowed on page 5.

If we’re going to have mass media sanctioned sexism it should work both ways. I say, feminists of the world unite and campaign for cock.

Or let’s just get rid of it altogether, eh? It is 2011 after all and us women unbelievably can cook AND have intelligent thoughts too. 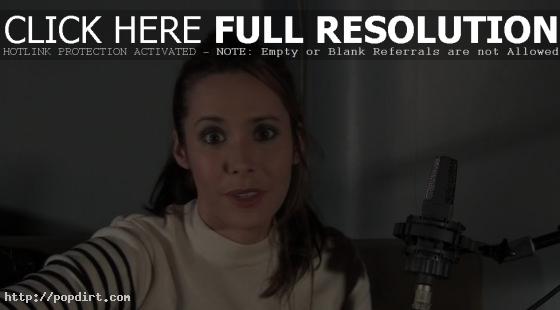 Nerina Pallot posted the second episode of ‘I Digress Sessions’ on Monday (October 5), performing ‘The Long Tall Grass Of Summer’ on the day her third album ‘The Graduate’ was released. Pallot introduced viewers to her new acoustic guitar, which she hasn’t named yet.

“Today my album ‘The Graduate’ is released. I never thought this day would come. I can’t believe I finished it nevermind I’m releasing it,” Pallot said. “If you’ve already got it, thank you so much. It means the world to me that you wanted to hear what I’ve been up to. If you haven’t, please do if you feel so inclined. There’s something on it for everybody.”

Talking about the song she was about the play before almost slipping on the EP title it comes from, she said, “Today I’m going to play a song for you that’s been on the ‘Buckminster Fuller EP’, that could have been a bit of disaster couldn’t it. It would have been very rude. I’m not that rude, except sometimes. It’s perfect for guitar, it’s a song called ‘The Long Tall Grass Of Summer’. The lovely people at Cort have given me this lovely acoustic, which I’ll be taking on the road with me. I haven’t named him yet, but I feel like I might call him Monty. I don’t know why, that’s probably a really rubbish name for a guitar. I’ll have to live with him for a bit longer and see what his habits are like, whether he picks up after himself or he burps after his meals, we shall find out.”

I’ve been doing a fair few interviews in recent weeks and I am finding them rather tricky. You see, since I disappeared off, I discovered two things. 1: Time doesn’t actually exist and so 2: There’s no point in talking about what you did in the time that didn’t actually exist. I could throw you a further curve ball and say 3: We’re not actually here, but as my older dog just made a funny smell, I can assure you I am here and it would seem she is stating she definitely is as well. See the thing is, I’m very very interested in what other people do – I’m just not terribly interested in other people writing about those other people talking about what they do. I just want to appreciate them doing it. So I get all tongue tied talking about what I was doing while making the thing I do, and that which you see/hear me do.

Nerina Pallot’s latest video diary, filmed on Sunday (September 6), features the British singer songwriter performing ‘Human’ on guitar, a song taken from her third studio album ‘The Graduate’, which is released in October. Beforehand, she introduced viewers to her keyboards. Watch it via YouTube below.

Nerina is also having a contest for musicians who want to post a cover of ‘Real Late Starter’, where she’ll pick her favorite performer to play a 20 minute opening support slot for Nerina at the ICA in London on October 21st. Watch the contest details and performance via YouTube below.

The sixth installment of Nerina Pallot’s video diary, filmed Sunday (August 23), features the singer songwriter performing ‘Cigarette’. The track is off the British singer songwriter’s third studio album ‘The Graduate’, which is released in October 2009. Watch it via YouTube below.

The fifth installment of Nerina Pallot’s video diary features the British singer songwriter performing ‘It Starts’, a song taken from her third studio album ‘The Graduate’, which is released in October. Nerina opened the diary by introducing her new Bosendorfer piano she calls Boris. Watch it via her YouTube channel below.

Oh I wouldn’t want to be Kim Jong Il this afternoon
I fink he’s going to be very very ronery, don’t you? Boys and their rockets, well, Freud would have a field day there I should imagine.

I have been a bit neglectful of blogging practices since I became a twit-ter, as it were, but it’s been the perfect mode of communication during what is one of the busiest periods in my little life that I can remember. I am willing myself to survive April and not collapse somewhere on the marathon route, and here’s hoping I don’t fall asleep in an exam room somewhere on the UCL campus either. My feet hurt, my brain’s sore and my ears are ringing. This had all better be worth it.

Nerina Pallot updated fans on her blog at MySpace (@nerinapallot) on Saturday (February 28), talking about her shows at Camden Roundhouse and plans to put together a live album based on the gigs. The British singer songwriter tells readers:

We’re just going through the recording from the second night at Camden, and what we may well do is put together a longer live CD compiled of both nights and pretty much covering all the material played in an entire set. I for one find listening back to the live recordings painful, unsettling and really scary (in equal measure) but, like going to the loo, nobody else can do it for you really. (That was not a very good analogy. Can I charge you all with coming up with ideas for things what other people cannot do for us but things what we can only ever do for ourselves?)