Noelia Monge is out with the video to her first English single ‘Here I go Again’, off the Puerto Rican pop singer’s upcoming album. Watch it via YouTube below. 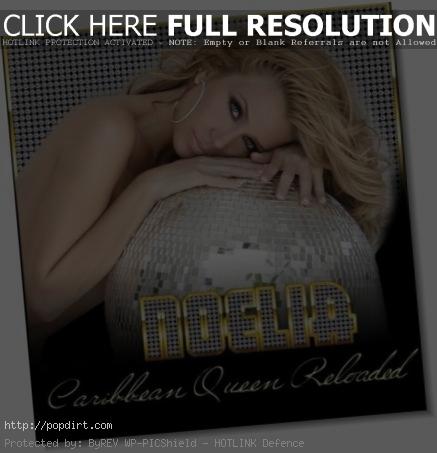 Noelia Monge is out with the music video to her new single ‘Caribbean Queen Reloaded’, a cover of Billy Ocean’s 1984 hit, the first release from the Puerto Rican pop singer’s first English language album ‘Caribbean Queen’, out later this year on Pink Star Music. Watch it via YouTube below.

Noelia Monge mentioned earlier this month to Lulop.com that she’s currently working on her English language debut album, and now the singer allegedly has a sex tape to introduce herself to the Anglo world. The 3:48 clip features the naked woman, sporting a tattoo that apparently matches Noelia’s, watching a sex tape with her boyfriend before the two enjoy a brief romp. Guanabee.com had the not safe for work MP4 and WMV download (since removed).

In an interview with People en Espanol, Noelia had accused her stepfather Topy Mamery of leaking the tape. “Topy Mamery: Only you, my mother [Yolandita Monge], and God know that I say the truth and justice must be served. To have robbed pieces of my privacy to try and silent and annihilate me, is something despicable and low. I only wish that my mother searches for God.”

Henry Trappler of Celebrities.com caught up with Noelia outside Mr. Chow in Beverly Hills on Saturday (June 16), where the Puerto Rican singer said she’s recording her debut English album. Lulop has since removed the video.