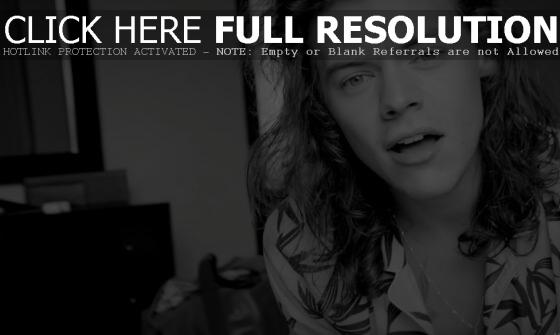 One Direction are out with the music video for their new single ‘Perfect’, the second release off the English-Irish pop group’s fifth studio album ‘Made in the A.M.’, out now on Columbia/Syco. The video was shot by Sophie Muller at the InterContinental Hotel in New York City. Watch it via YouTube below.

One Direction ‘Drag Me Down’ Video

One Direction are out with the music video to their new song ‘Drag Me Down’, the lead single off the English Irish boy band’s upcoming fifth studio album ‘Made in the A.M.’, released on Columbia / Syco, and is the first single since the departure of Zayn Malik. Watch the NASA themed Ben and Gabe Turner directed treatment via YouTube below. 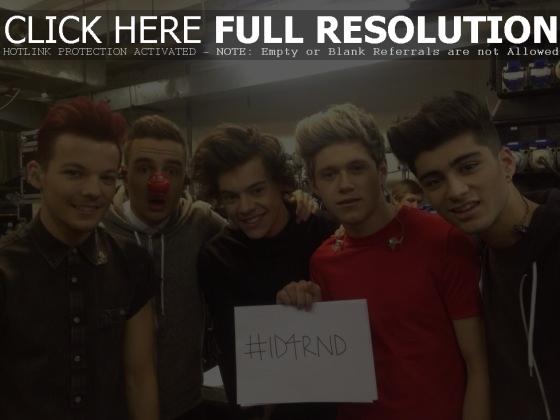 Several pop stars turned to Twitter to send out their thoughts and prayers to the people of Nepal after the south Asian country was hit with a magnitude-7.8 earthquake on Saturday, killing more than 3,000. Many also pointed out ways for people to donate to those impacted by the quake. Among the Tweets:

Nadine Coyle (@NadineCoyleNow): My heart goes out to everyone suffering from the Nepal earthquake. God please bring peace to all that you can. ??

Harry Styles (@Harry_Styles): Thinking about everyone involved in the Earthquake in Nepal.. Such awful news… To help those affected by the devastating earthquake in Nepal, text: DONATE5 to 70008 and give £5. Thank you @savechildrenuk

One Direction (@onedirection): To help those affected by the devastating earthquake in Nepal text: DONATE5 to 70008 and give £5. Thank you #NepalEarthquake @savechildrenuk

Marie Digby (@mariedigby): I’m really saddened to hear the news about the earthquake in Nepal. Sending my prayers to the people there & donation through @DirectRelief

Nick Jonas (@nickjonas): Help the families of the Nepal Earthquake which has left thousands dead. Donate to @convoyofhope at http://give.convoyofhope.org/Nepal #NepalEarthquake

Uh Huh Her (@UhHuhHerMusic): Sending love and thinking about everyone in Nepal.

Yuna Zarai (@yunamusic): My prayers for those affected by the earthquake in Kathmandu, Nepal. This was one of the strongest earthquakes recorded.

Kevin Jonas (@kevinjonas): Help the families of the Nepal Earthquake which has left thousands dead. Donate to @convoyofhope at http://give.convoyofhope.org/Nepal #NepalEarthquake

Savannah Outen (@therealsavannah): So devastating to hear about the earthquake in Nepal. My love and thoughts are with everyone there <3 Lisa Origliasso (@Lisa_Veronica): My heart is breaking for everyone affected by the earthquake in Nepal. A terrifying tragedy. Sending prayers, love, peace and strength. X Jessica Origliasso (@Jessicaveronica): Prayers to Nepal X Drew Seeley (@drewseeley): Praying for Nepal this morning Sara Bareilles (@SaraBareilles): Oh such heartbreak for Nepal. Kina Grannis (@kinagrannis): Sending love to Nepal after this devastating earthquake. Just got word that my cousin living there is safe... Elizabeth & The Catapult (@thecatapult): Just heard about the earthquake in Nepal. My heart goes out to all the victims. Just horrible. Laura Jansen (@LauraJansen): Nepal in my thoughts today

Niall Horan On Set Of One Direction’s ‘Night Changes’ Video 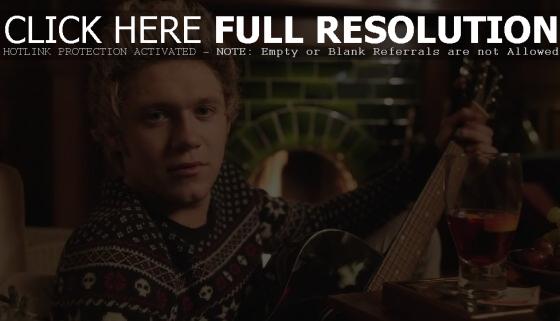 One Direction is out with footage of Niall Horan on the set of the group’s ‘Night Changes’ music video, featuring commentary from the video’s director Ben Winston.

Describing the scene, Ben said, “This date is Niall’s date, but every girl would like to have an evening with Niall. He plays guitar, they’re gonna play board games.”

As for the drama Niall encounters in the treatment, Ben explained, “Being in One Direction, it’s not always what it’s made out to be. Niall’s arm is gonna catch a light, and he will spill juice all over the lady’s dress, so the date unfortunately will go wrong.”

Zayn Malik On Set Of One Direction’s ‘Night Changes’ Video 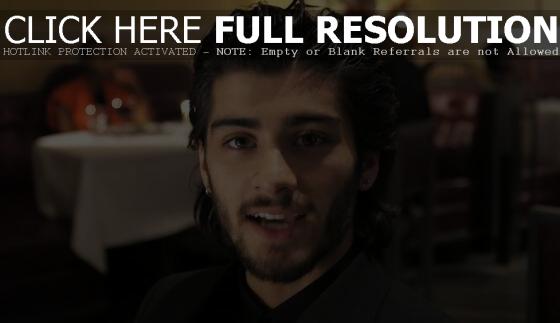 One Direction are out with behind the scenes footage of Zayn Malik on the set of the group’s ‘Night Changes’ music video, featuring commentary from Zayn and video director Ben Winston.
“The idea behind this video is almost like a fantasy sequence, where we imagine what it would be like to go on dates with the boys, but yet each date goes a little bit wrong to show they are human after all,” Winston explained.

Zayn added, “My perfect date is something like chilled out, watching a film, relaxed, and get to know each other.” 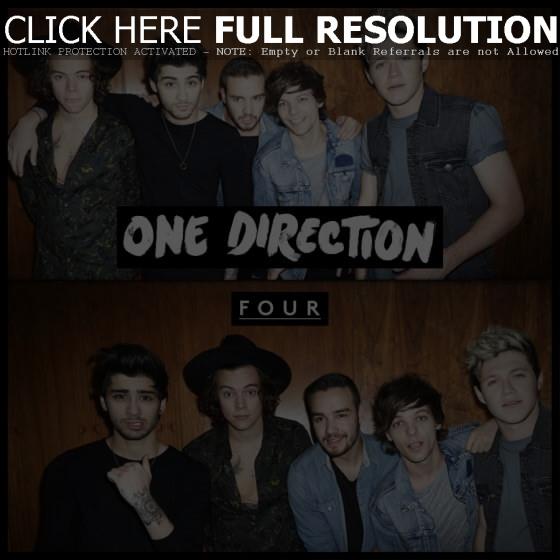 British pop group One Direction have announced the global release of their eagerly anticipated fourth studio album ‘Four’ on November 17th 2014 via Syco/Columbia Records. The follow-up to their third album ‘Midnight Memories’, the world’s bestselling album of 2013. ‘Four’ is available for pre-order now on iTunes.

To celebrate the announcement, One Direction are offering fans a download of a brand new track ‘Fireproof’, a first look from the new album ‘Four’. Fans can download the track for free from the bands official website, onedirectionmusic.com, for 24 hours only. ‘Fireproof’ is written by Louis Tomlinson and Liam Payne, along with John Ryan, Jamie Scott and Julian Bunetta.

One Direction ‘Where We Are’ Concert Film Coming In October 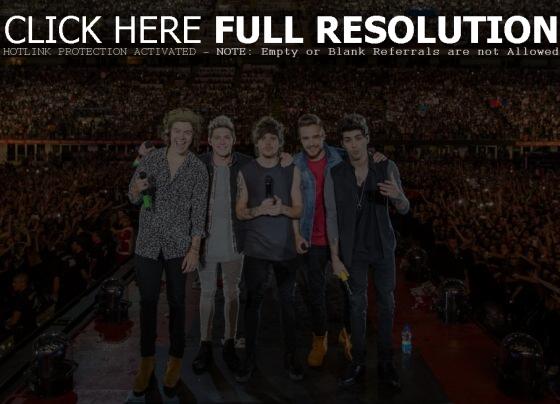 One Direction’s ‘Where We Are’ concert film will be coming to cinemas worldwide on the 11th and 12th October. Recorded at the iconic San Siro stadium in Milan from the sell-out Italian leg of the tour, this one-off cinema event features the live concert including all of One Direction’s biggest hits, plus a 15 minute never before seen interview cut with exclusive behind the scenes footage.

There will be more than 10,000 screenings in over 3,000 screens across 50+ territories, making this the biggest global “event cinema” release ever. Tickets for the screenings will go on sale July 28th. More information, including locations of the film screenings and other details will be released in the coming weeks via the film website at www.1Dconcertfilm.com and on the official One Direction social media channels.

Mark Foster, CEO of new entity Arts Alliance, said “I’m delighted this will be Arts Alliance’s first Pop release since the production and finance company, Mr Wolf, merged with Arts Alliance Media’s distribution arm. We intend this to be the first of many more recording breaking theatrical releases.”

Yogita Puri, Director Content who negotiated the deal for Arts Alliance said “We’re thrilled to be working with Syco, Sony Music and Modest Management on what will be the ultimate fan experience and a landmark release for event cinema.”

Liam Payne: One Direction Grows Up With ‘You & I’ 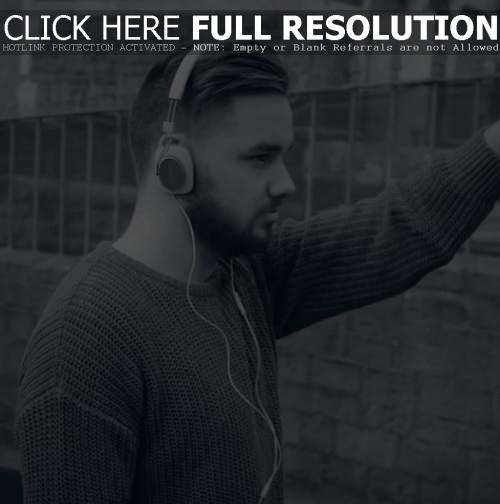 In a clip promoting their new single ‘You & I’ and its music video, One Direction member Liam Payne talked about the musical growth of the English-Irish boy band. “Personally I think this is one of our best songs. It’s such a big track and it’s kind of a bit more grown up for us,” he said. ‘You & I’ is featured on 1D’s ‘Midnight Memories’ album, out now. Watch it via Instagram below.

One Direction ‘You & I’ Video 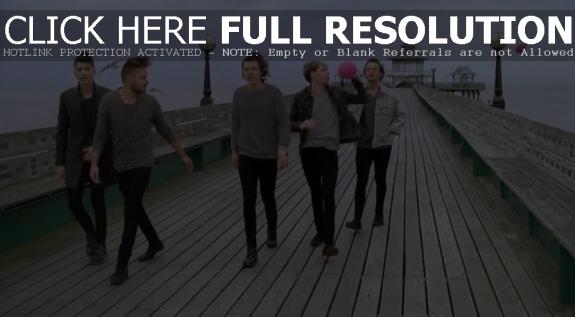 One Direction are out with the music video to their new single ‘You & I’, off the English-Irish boy band’s third studio album ‘Midnight Memories’, out now on Columbia Records. Watch the Ben Winston directed video via VEVO below.

Zayn Malik Looked For A Good Listener In A Girlfriend 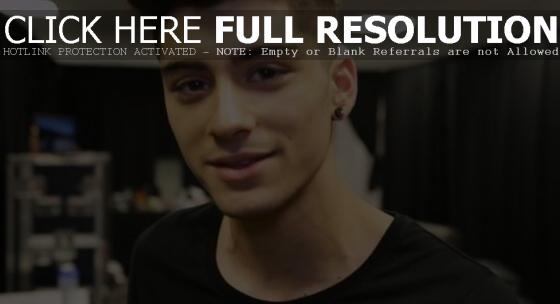 Zayn Malik of One Direction says prior to meeting fiance Perrie Edwards of Little Mix, he was looking for a partner who was a good listener and took time to hear what he had to say. “[I’m looking for] A good listener who takes interest in what you say,” the 21-year-old said, according to Star magazine. “If they take time out to speak to you, it’s attractive.”