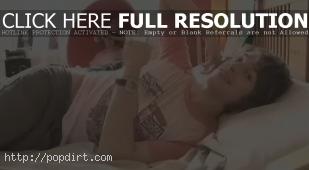 The latest installment of Paolo Nutini’s ‘The Story So Far’ features a video collage of ‘New Shoes’ from the the original shoot right through to the recent ‘Puma’ video, and a rendition of ‘Last Request’, recorded at T In The Park earlier this year. Watch it at warnermusic.com.

The Story Behind Paolo Nutini’s ‘Autumn’ 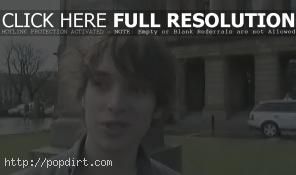 As Paolo Nutini prepares to returns early 2009 with a brand new album, the Scottish singer songwriter is featured in a five part documentary of the story so far. Part two features a discussion on ‘Autumn’, a track about Paolo’s grandfather. Watch the webisode here.

Paolo Nutini was on the phone with DJ Tracy Clifford of Spin 103.8 in Dublin, Ireland about the recording of his new album, his summer 08 Lovebox festival appearance and more. Asked if he liked the recording process, Nutini responded, “I like getting things right, it’s probably my favorite thing to do. Recording is really fun when there’s like no pressure, knock out whatever the hell you can. Obviously slowly but surely, like the politics of will that get played on Radio 1 and all that keeps into it. I’m just trying to keep a handle on that and stick to my guns. I wanted to produce this album as well and I was lucky enough to be given the freedom to do so. The recording is a totally different experience from the last album, it’s more hands on.”

Audio at warnermusic.com has since been removed. 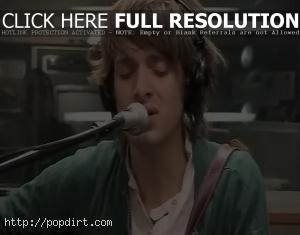 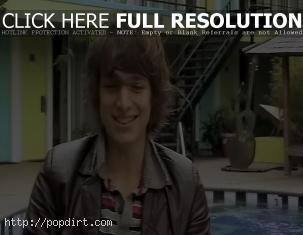 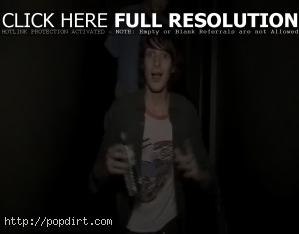 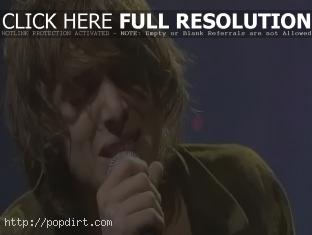 An update posted at Paolo Nutini’s MySpace blog on Tuesday (September 16) indicates the Scottish singer songwriter is featured in a book by the Celtic Football Club, which is a Scottish football club based in Glasgow, currently playing in the Scottish Premier League. The message states:

As a rabid Celtic fan, Paolo was delighted to be one of just a dozen supporters of the club from around the world invited to be personally featured in the forthcoming Celtic Opus. The Opus is billed as the ultimate book on Celtic Football Club. It measures a massive half a meter square, weighs in at over 30 kilos, contains loads of rare archive photographs plus exclusive interviews, specially-commissioned photo shoots and artwork.

Paolo will appear in the ‘Green And White Army’ chapter, alongside other Celtic fanatics from Mossend to Melbourne, talking about his love of Celtic and anecdotes from a lifetime following the team – including the time he got chucked into the dressing room baths by the players! Paolo popped down to the club’s stadium Celtic Park – known to all Celtic fans as ‘Paradise’ – to do an exclusive shoot for the Opus, but we got hold of a couple of preview pics just for you right here.

Paolo Nutini announced on his MySpace page on Monday (June 2) that his scheduled June 26th concert at Summerfest in Milwaukee, Wisconsin has been cancelled. “Apologies to all those fans who were looking forward to the show but Paolo’s main priority right now is finishing his album and making sure his fans get the record they deserve,” the statement said. “We’re pretty sure you won’t be disappointed with the results and Paolo will see you all when he sets out on the road again in the very near future.”

Paolo Nutini is set to headline day two of the prestigious Splendour Festival in Nottingham, England on July 20th. “Headlining Splendour this summer will be a great chance to play Nottingham some songs from my new record – expect some ukuleles, bongos, harmonicas and a whole lotta trumpets,” Nutini said. “I’ll be looking forward to seeing as many acts as I can and getting back on a festival stage, so let’s hope it’s sunny and everyone’s on form. Take care, big love and see you all in July!” Tickets are available at Gigantic.com.

Paolo Nutini checked in with his MySpace friends earlier today with the following bulletin:

Situated in rural Ireland, the studios secluded location – combined with the lovely January weather – was ideal for both concentrating the mind and at the same time providing some inspiration for new material.

The result is a collection of tracks, some no doubt familiar to live audiences and some newborn ideas. Next comes the task of refining and developing the songs to get them to that next level and get them finished for the final recording later in the year.

In spite of the weather, there were some opportunities for extra-curricularity. Friendly neighbours were in no short supply, some of whom owned helicopters!! As well as a short flight, some long guided walks provided an incite into some fascinating local history as well as some encounters with a variety of nosey livestock, wellies were the order of the day for the first time since Glastonbury. A few local hostelries were visited and we all agreed that the Irish Guinness is consistently very drinkable. So we consistently drank it. Rude not to.

Just so you know, the band is now five strong, the new addition to the line up being Dave Nelson on guitar (and anything else that you put in front of him). Dave and Paolo go back a long way and had it not been for commitments at home two years ago, he would be a familiar face by now….. yadda yadda … a bit more about Dave maybe… Looking forward to touring the new material, doing fezzies in the summer etc.