Paolo Nutini spoke with sydnicated writer Alan Sculley about some slight regrets he feels regarding his debut album ‘These Streets’. “The outcome of the record, I’m very proud of,” Nutini said. “But at the same time, I wish I could revisit it and just sort of (change) 20 percent or 30 percent of them and add some balls a little bit, you know what I mean, a little more conviction to it. I suppose, you know I was thinking about what I didn’t want then, and what I did want got lost.” Read more. 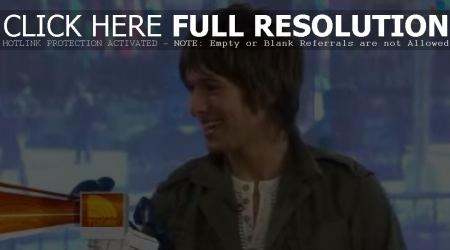 Video of the brief interview and performance at Bing.com has since been removed. Check out pictures from RexFeatures. 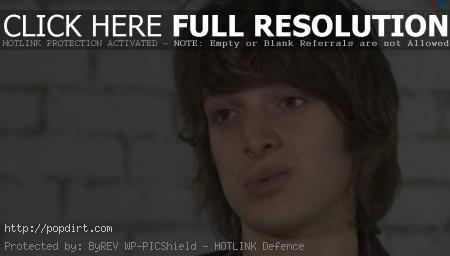 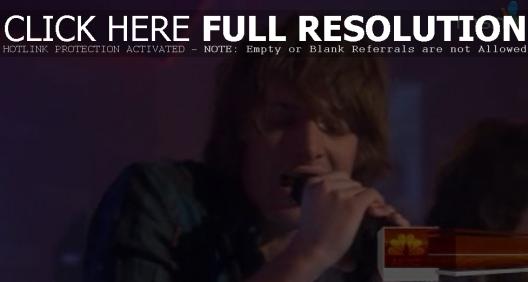 Video of the performance and an interview at Bing.com has since been removed.

Paolo Nutini Wants To Bring Back The Mystery

Popworld.com caught up with Paolo Nutini for a Q&A and asked if if he were king of Popworld, what would he change about the music industry. “I’d just try and bring back a little bit of mystery about certain things,” he responded. “I think bands on small indie labels have that mystery because they’re not part of that big machine. If you’re part of that big machine you have to try and get all the tabloids and all the magazines. Some people think because it’s exposing you more, therefore it’s doing you more good, but I think it takes something away from it. I would change the fact the record companies push you a little too hard. The creativity just gets killed sometimes because you go brain dead. Like this morning, I feel brain dead.”

The Sunday Mail reports Paolo Nutini was VIP guest at Rachel House children’s hospice in Kinross but was forced to take a back seat to his talented young fans who blew the singer away with their own performances. “It was an amazing experience. I was just trying to keep it together because it was very emotional,” Nutini said. “I just couldn’t compete with the kids.” He added, “I honestly didn’t know what to expect when I walked in – it was incredible. It was an honor to play my songs to such a great audience and it felt a real privilege to think it could make any kind of difference, even just to their day.”

Top searches for Scottish singer/songwriter Paolo Nutini on Yahoo’s pay-per-search engine Overture.com are in for the month of September. The 19-year-old received 78,741 searches for “Paolo Nutini”, while his most popular song was ‘Last Request’ with 288 searches, followed by ‘These Streets’ with 105. The most common of many misspellings was Poalo Nutini with 633 searches.

Paolo Nutini joined GMTV for a live webchat. He talked about getting signed at 16, the inspiration behind ‘Last Request’, his tour schedule, if he’s ever worn a kilt, what he thinks about having middle aged fans, and more. GM.tv has since removed the video.