Pierre Lewis Working On ‘Stay’ In The Studio

Pierre Lewis checked in with a video from the studio in London with Phil Kinman, where he’s working on a new album, including the song ‘Stay’. “The story is basically about a girl with a boyfriend in the army, and it’s about she doesn’t want him to leave,” Pierre explained. “It’s a bit of a romantic track but it’s got a bit of R&B feel. A little bit of an urban kind of sound and some wicked, kind of rocky slayed type guitars thanks to Phil.” Watch it via YouTube below.

Pierre Lewis Taking A Hiatus From His Music After Tour Ends

Pierre Lewis updated fans on his blog at MySpace (@pierreofficialmusic) on Sunday (October 25), announcing plans for a hiatus. The British pop singer writes:

After this tour finishes, other than a charity event I’ve promised to perform at, I’m taking a hiatus from my music.. for the last year I’ve become too concerned about what I should be rather than who I am.. I need to re find myself and connect with my artistry. I’ll be back next year stronger than ever. Thank you for your support x

Pierre Lewis is out with the music video to his new single ‘Going’, out in the UK on May 11th. The track is off the British pop singer’s forthcoming debut album ‘Mindset’, released on Colonel Music. Watch it via YouTube below. 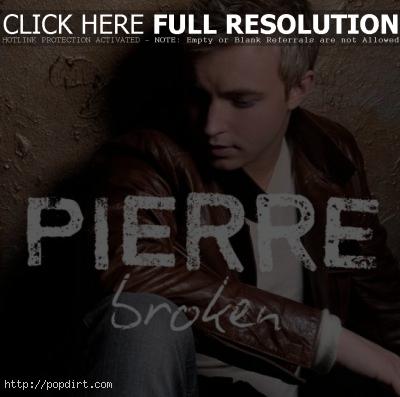 Pierre Lewis is out with the video to his debut single ‘Broken’, released in the UK on October 27th via Colonel Music UK. Pierre’s first album ‘Letter On the Door’ will be released in early 2009. Watch it below.