Pussycat Dolls frontwoman Nicole Scherzinger dropped by Ryan Seacrest’s radio show Wednesday (March 17) with details behind the girl group’s changes and what the future holds for them. “I’m the only withstanding member so far,” Nicole said when asked about PCD. As for which girl she’s closest to, Nicole hinted, “I don’t want to say that because one of the ones I was close to she kind of did something that disappointed me.” Nicole did say a couple girls e-mailed her after it was announced she’d be on ‘Dancing with the Stars’ to offer their support and claim they’ll come to a show taping to cheer her on. As for music, Nicole is working on solo stuff called ‘Under My Name’. Watch a clip of the interview below.

Kimberly Wyatt: Nicole Scherzinger A Business Associate, Not A Friend

Kimberly Wyatt of the Pussycat Dolls attended the 2009 Hair Magazine Awards at Il Bottaccio on Tuesday (September 29) in London, England. Check out pictures from zimbio.

At the event, Wyatt spoke with the Daily Star about reports Nicole Scherzinger is feuding with her girl group. “I think of Nicole as just a business associate not as a friend,” the 27-year-old said. “You cannot simply group girls together and just expect them to get on, can you? Life doesn’t work like that.” Kim added that the future of the Dolls doesn’t depend on whether Nicole stays or goes. “If Nicole left tomorrow, we could still carry on,” she insisted. “I can see this band going on for ever.”

Pussycat Dolls Take A Break… Will It Be Permanent? 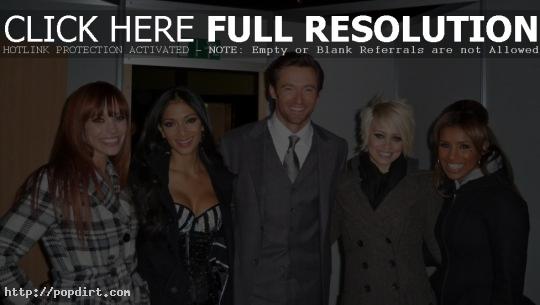 Jealousy over the rising profile of Pussycat Dolls singer Nicole Scherzinger has led the girl group to break up, spies tell The Mirror. Kimberly Wyatt told the British tabloid the group are currently on a hiatus. “The girls and I have just finished our huge world tour and are taking a break from the band and doing our own thing,” the 27-year-old said. “We’re all concentrating on our own projects and deciding what the future will hold.”

Fans waiting outside the Pussycat Dolls’ London hotel claimed to have heard a tearful Ashley Roberts confiding, “This is the last time we’ll be in the UK as a band. We’ve broken up. We’re sorry.” But Ashley’s bandmate Melody Thornton is blasting the report in the Daily Mail, writing on her Twitter (@MelodyThornton):

Pussycat Dolls performed at the Silverstone Circuit on Friday (July 24) in Northamptonshire, England. Watch a fan filmed highlight clip from the girl group’s ‘Elevator’ performance below and several more at YouTube.

Pussycat Dolls On The Set Of ‘One Life To Live’

Seventeen went behind the scenes of ‘One Life to Live’ during the taping of a special performance by the Pussycat Dolls. Watch the clip, with the girls appearing on a prom stage towards the end and explaining their role as the entertainment. Watch via YouTube below.

Pussycat Dolls are out with the music video to their new single ‘Hush Hush; Hush Hush’, a remix of ‘Hush Hush’ featured on the girl group’s album ‘Doll Domination 2.0’, out now on Interscope. Watch the Joseph Kahn directed video below. 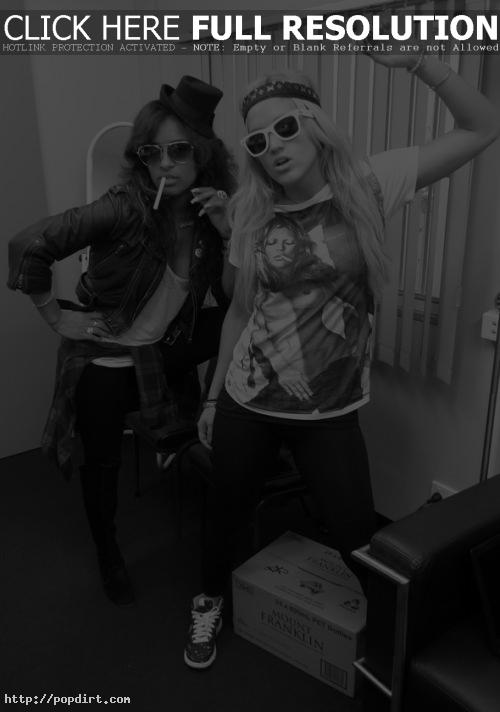 Melody Thornton checked in with fans on her Twitter (@MelodyThornton) on Thursday (May 21) while in Australia on the Pussycat Dolls tour. Melody writes:

Ash and I realized we look like Slash and Axl Rose today! So we did a lil shoot in the dressing room 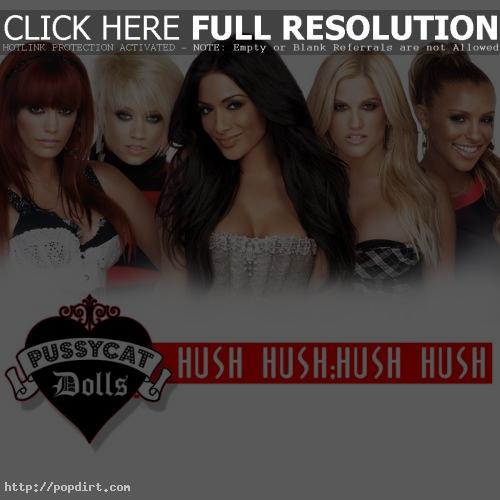 With the Pussycat Dolls releasing their last two singles ‘Jai Ho’ and ‘Hush Hush’ with the bizarre “featuring Nicole Scherzinger” tag (since she’s a meber of the girl group), the tension caused by the move boiled over on Friday night while the group was opening on Britney Spears’ latest Circus tour stop in Glendale, Arizona. It probably hasn’t helped that Nicole has also been doing a lot of press for the group solo.

PerezHilton.com reports that Arizona native Melody Thornton had a chance to address the crowd and thank her family in attendance during the gig. She told them, “Thank you for supporting me, even though I’m not FEATURED!! Don’t let anyone stomp on your dreams!” Nicole then reportedly shot a nasty look at Melody.

Update: Video has since emerged. Watch it via YouTube below.