Pussycat Dolls performed ‘Jai Ho’ at the Nickelodeon 2009 Kids’ Choice Awards on Saturday (March 28) at the UCLA Pauley Pavilion in Westwood, California. Watch a clip of the performance via Hollywood.tv below. 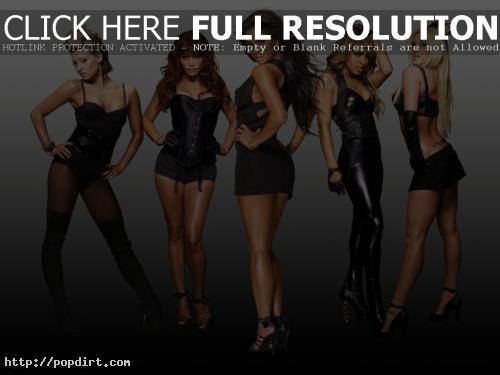 Nicole Scherzinger visited ‘No. 1 Countdown’ on Fuse, talking with Jared Cotter about the Pussycat Dolls tour with Britney Spears, touring some more in Australia and Asia, the reissue of ‘Doll Domination’ coming out featuring ‘Jai Ho’, what it was like to team up with A.R. Rahman on ‘Jai Ho’, filming the video in Vienna in the freezing cold, the challenge of making the English version of the Grammy winning track and drawing from her spiritual background.

As for their touring of late, she said, “We were in Europe doing our very own Doll Domination world tour, the Pussycat Dolls world tour. We had Ne-Yo and Lady Gaga out with us. It was unbelievable. Now we have joined the Circus here in the States with Britney Spears, so we’ve been touring with her a little bit over a week and can’t wait. After that, we’re gonna go back on the Doll Domination Tour right after the Britney tour and we’re gonna be in Australia and Asia.”

On working with A.R. Rahman on ‘Jai Ho’, she said, “It’s amazing to be a part of the project in any way. It’s so cool. Jimmy (Iovine), the head of our label, called myself and Ron up and we went to go see the movie and we were so inspired and in awe. We went straight to the studio and did our own version of the song. (Rahman) is an amazing producer. I hear he’s like the Timbaland of India and I bought the ‘Slumdog Millionaire’ soundtrack before I saw the movie, because I was such a fan of his. To be able to collaborate with him is awesome. His music is really infectious and touching people all over the world.”

Pussycat Dolls ‘Jai Ho (You Are My Destiny)’ Video 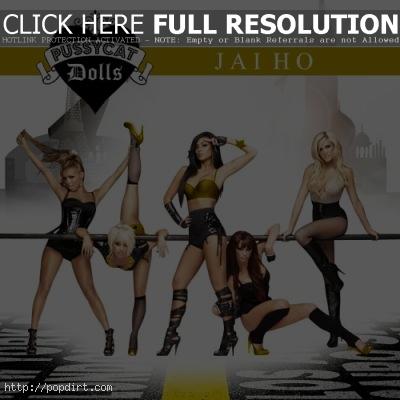 Pussycat Dolls are out with the music video to their new single ‘Jai Ho (You Are My Destiny), an English interpretation of A.R. Rahman’s song ‘Jai Ho’, featured on the Oscar winning film ‘Slumdog Millionaire’, available on iTunes. Watch it below.

The Pussycat Dolls showed ‘Today’ show co-hosts Hoda Kotb and Kathie Lee Gifford some dance moves. Nicole Scherzinger and the girls talked about touring with Britney Spears, shooting the ‘Jai Ho’ video in Austria, and how the song came about and the English alterations Nicole helped make on the track.
Watch the segment, aired Thursday (March 12), below.

Footage of the Pussycat Dolls on the set of their new Thomas Kloss directed video for ‘Jai Ho (You Are My Destiny)’. The Dolls headed to snowy Vienna to shoot the video for their interpretation of the Oscar-winning track from ‘Slumdog Millionaire’.

Nicole Scherzinger talked about how she felt when they were first asked to do the song and shared the amazing experience of shooting the video. “When they had asked us to do the song and to be a part of the ‘Slumdog Millionaire’ project, I thought it was kind of unreal,” she said. “I saw the movie and it change my life. I just want to make sure I do it justice and bring my own truth in life to it so that everyone else around the world can still connect to it and its new interpretation and translation.”

The video at MTV.com has since been removed.

Pussycat Dolls ‘Jai Ho!’ (‘You Are My Destiny’) 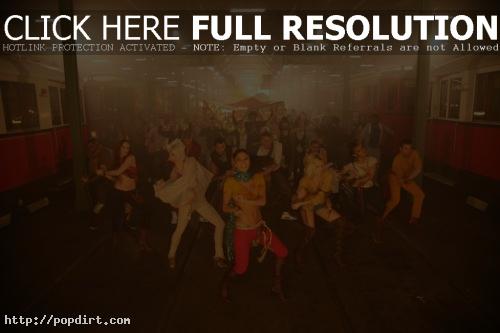 The Pussycat Dolls have teamed up with two time Oscar winner A.R. Rahman for an English interpretation of the song ‘Jai Ho!’, the finale to the Oscar winner for Best Picture, ‘Slumdog Millionaire’. Listen here for a preview of A.R. Rahman and the Pussycat Dolls featuring Nicole Scherzinger ‘Jai Ho!’ (‘You Are My Destiny’). Interestingly, Nicole receives her own separate billing on the track in all promotions related to its release. The track is up on iTunes now and will be available everywhere February 24th.

Ashley Roberts of the Pussycat Dolls checked in with fans on the girl group’s blog at pcdmusic.com on Friday (January 30). Roberts tells readers:

We meet so many people everyday but there are few that really stick out and make a difference and touches our lives. We met a young 15 year old girl with Spinal Muscular Atrophy, named Meagan. What a beautiful soul she is…. She touched my heart so deeply and reminded me of how grateful I am to live the life I lead. Music, dancing, acting and just entertaining people is what I love to do and I am living everyday doing that! I want to say “thank you” to Meagan and her family… You are so precious and a reminder to me that every second of this precious life god gave us matters!

Nicole Scherzinger Checks In From The Chilly Shores Of Bournemouth

Nicole Scherzinger of Pussycat Dolls checked in from a stop on their Doll Domination tour in Bournemouth, England. Nicole spoke to fans from the chilly beach which she described as her favorite place. Nicole added that PCD’s show that night would be a much more intimate setting than the night before in Nottingham and that she is excited to see all their fans. “I wish I was out there paddle surfing,” Nicole said, gesturing towards the brave surfers. “But I’m sure I’d freeze my buns off after two minutes and want to come back in.” Watch the clip below.

Erin McCarley, who performs on ‘The Late Show with David Letterman’ (CBS) on Tuesday.

Pussycat Dolls, who perform on ‘The Tonight Show with Jay Leno’ (NBC) on Tuesday.

Little Joy, who perform on ‘Last Call with Carson Daly’ (NBC) on Tuesday.

Lady Gaga, who performs on ‘The Tonight Show’ (NBC) on Thursday.

Lenka, who performs on ‘Jimmy Kimmel Live’ (ABC) on Thursday.