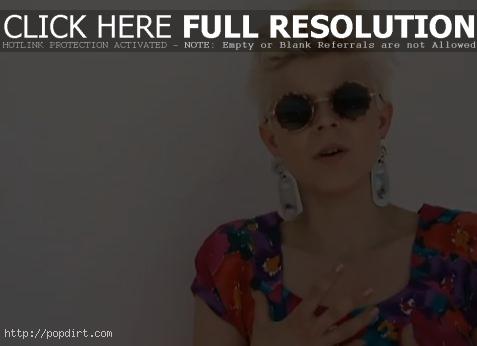 Robyn Won’t Do Three Albums In A Year Again

Robyn spoke with London’s Absolute Radio backstage at Glastonbury 2011. The Swedish pop singer talked about her shoes, what the experience playing the prestigious festival for the second time is like, having no big production for the festival show, believing chart music should be good, having lots of going out songs, performing an unusual gig at JFK Airport, being a big fan of London, and some of her hotel preferences.

“I don’t think I’ll ever make three albums in one year again,” Robyn said when asked about her upcoming schedule, referring to her ‘Body Talk’ trilogy. “It was great, and I wish I could, but I’ve been touring more than I thought I would, so I haven’t been able to go back in the studio yet. But I do want to keep releasing shorter albums and releasing more often.” 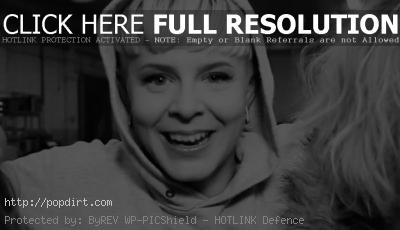 Robyn is out with the music video to her new single ‘Call Your Girlfriend’, off the Swedish pop singer’s seventh studio album ‘Body Talk’, out now on Konichiwa. Watch the Max Vitali directed video via YouTube below.

Robyn: I Get Mistaken For A Lesbian All The Time 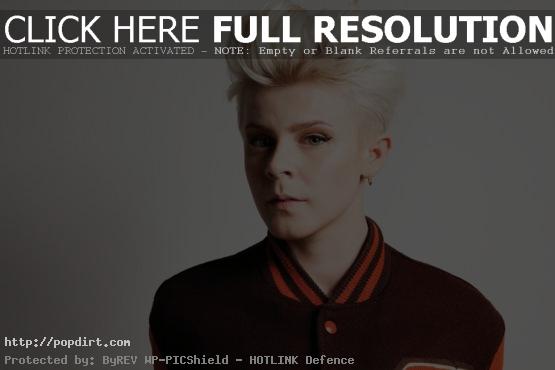 In an interview with Out magazine, Robyn talked about her unusual upbringing, her notoriously private personal life, and how she’s often mistaken for a lesbian. “I get mistaken for a lesbian all the time – but I guess I do have the most lesbian haircut of any of the girls in my field,” the Swedish pop singer joked. “And when I was growing up and I introduced myself to people I’d say, ‘Hi, my name is Robyn and I’m a girl,’ because in Sweden, Robyn is a boy’s name and I had such short hair. My handicrafts teacher thought I was a boy for three years.” Check out more details at PopEater. 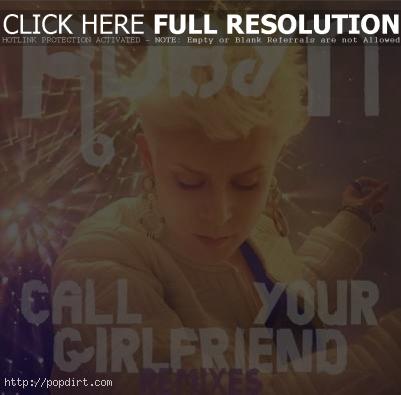 Robyn has released a new digital EP today with four remixes of her song ‘Call Your Girlfriend’. Feed Me, Kaskade and Sultan & Ned all put their spins on the track which appears on the Swedish pop singer’s ‘Body Talk’ album. Listen to the ‘Feed Me’ remix via Soundcloud below. 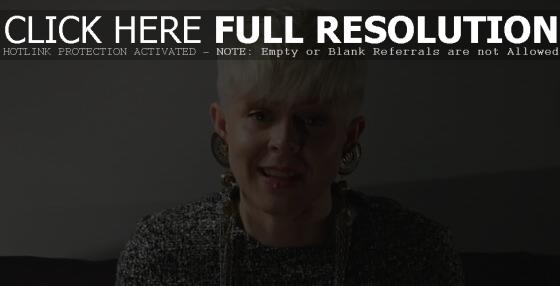 Robyn recently sat down with VEVO ASK: REPLY to answer questions submitted by fans on Facebook and Twitter. In this new video, the Swedish pop singer discussed everything from what inspires her sad love songs to how she balances creating art for herself vs. for her fans. “I think that any songs I write are inspired by something I’ve experienced myself,” Robyn said to the first questioner. “But I tend not to write about what actually happened exactly, because I don’t think that’s always the most interesting thing for people to know.” Watch the comments below.

Robyn ‘Dancing On My Own’ Live At The Warfield

Robyn gave fans a high-energy performance of ‘Dancing On My Own’ at The Warfield in San Francisco and discussed how people have been reacting to the track in the US. The Swedish pop star also shared her favorite subject of “sad love” and explained how it contributes to her music. “‘Dancing On My Own’ is definitely a four on the floor beat, and I wasn’t sure how it was going to go down in the states, but people are really connecting to it and when we play it live, it’s the one song people really go crazy on.” Watch the footage via YouTube below.

Robyn Launches ‘We Dance To The Beat’ Interactive Online Experience 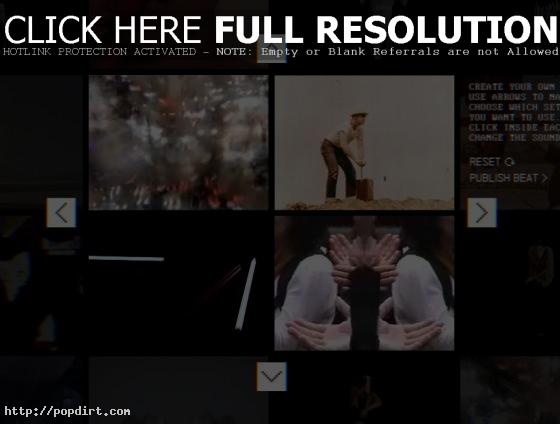 Robyn has just premiered a new, first of its kind interactive experience on her website, Robyn.com. The interactive site offers fans the ability to control over 100 video clips and sounds simultaneously. The sounds are taken from Robyn’s song ‘We Dance to the Beat’, which appears on her new album ‘Body Talk’, available now. Fans can search through the grid of video/sound clips and choose their own group of sights and sound to create their own original “beats.” They can then interact with the clips to manipulate the images and transform the sounds, in perfect sync with the beat. The interactions are stored and repeated, letting the user build patterns and rhythms in real-time. They can then publish their creation to an even larger, ever-evolving stream of unique user-created beats.