Rue Melo ‘This Is My Home’ Acoustic Performance

Rue Melo performed an acoustic version of her hit ‘This Is My Home’ on the tour bus in Hollywood for starzlife.com. Watch it via YouTube below.

Rue Melo Surprised Her Song Was On ‘The Hills’

Rue Melo checked in with fans on her blog at MySpace (@ruetracks) on Thursday (August 21), excited to learn one of her songs was featured on the season premiere of ‘The Hills’. Rue writes:

SO I get mass texts ans emails, comment and such the other night CLAIMING “Check It” was played on the season premiere of MTV’s “THE HILLS”, I was like “huh???”… Went to look for it on YouTube myself and surely there it was.. right at 1:17 and for 1 WHOLE minute!!! It was so crazy I had to watch it again and again. I’m sure you wonder how it is that I didn’t know ahead of time, if anyone knows the answer to WHO WHAT WHEN and HOW PLEASE let me know because me and my peeps have NO clue lol… not sure what HUG door closed but for sure a fresh new HUGEASAURUS REX one opened just this week in the form of a show even I’m embarrassed to say I’m hooked on… yes it is true even RUE MELO has been caught watching ‘The Hills’, it just gets you and won’t let you go!!! I don’t know what it is but whatever it is it just made billions of people hear MY song so WHOOPTYWOOWUTEVER!!! Okay here’s the clip enjoy : )
PEACE and always much LOVE
RUE

Watch the episode, featuring Rue’s song, via MTV.com below.

Rue Melo ‘This Is My House’ Video 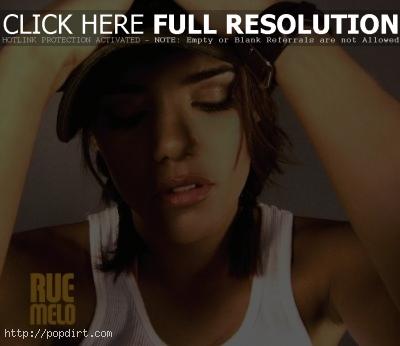 Rue Melo is out with the music video to her new single ‘This Is My House’, off the Los Angeles based pop singer’s self-titled debut album, out now on Fighter Records. Watch it below. 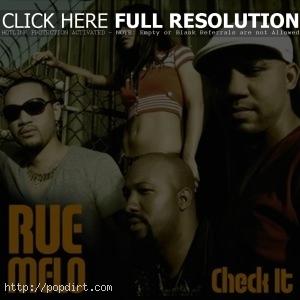 Rue Melo is out with the video to her first single ‘Check It’, from Los Angeles based singer’s self-titled debut album out September 18th on Fighter Records. Watch it below.