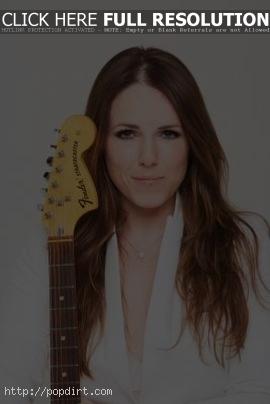 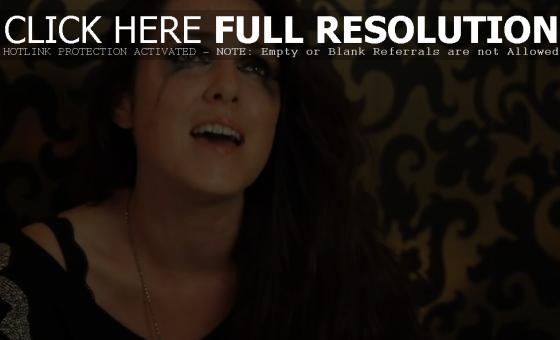 Sandi Thom is out with the music video to her new single ‘Gold Dust’, the second release from the Scottish singer songwriter’s third studio album ‘Merchants & Thieves’, out now on her Guardian Angels label. Watch it via YouTube below.

Sandi Thom Live At The Borderline In London

Sandi Thom performed at The Borderline in London, England on Tuesday (May 11). Watch fan filmed footage of her ‘Belly of the Blues’ and ‘Heart of Stone’ performances to kick off her live set via YouTube below.

Sandi Thom posted footage from her live Avo Session set, which took place in Basel, Switzerland last year. The Scottish singer songwriter performed ‘Gold Dust’, ‘Runaway Train’ and ‘Maggie McCall’ from her upcoming third album Merchants & Thieves, as well as her breakout hit ‘I Wish I Was A Punk Rocker (With Flowers in My Hair)’. Watch it via her YouTube channel below.

Sandi Thom Getting Married Next Year

Sandi Thom updated fans on her blog at MySpace (@sandithom) on Tuesday (September 29), discussing her new mini-album ‘Shades of Blue’, progress on her third full-length album and plans to get hitched with Jake Fields. The Scottish singer songwriter tells readers:

Of course most of you will know that I’m getting married next year!! Well at least the girls will! So guess what girlies I’ve already got my wedding dress, it’s by a designer called Jenny Packham and it’s totally gorgeous, it gets made now to measure me exactly and I get to see it in April! Don’t think I can wait that long so I’m gonna keep going into the shop to try on the sample! He he! I got my veil too, its a one off so very unique which I’m chuffed about.

Sandi Thom checked in with fans on her blog at MySpace (@sandithom) on Thursday (September 3), discussing her week at Sawmills Recording Studios in Cornwall, where the Scottish singer-songwriter will be recording her third album in December. Thom writes:

The studio itself is legendary and has hosted a number of great bands over the years. It’s where Oasis recorded their first album, Definitely Maybe, and The Stone Roses their single, Fools Gold. Muse, The Verve, Stiff Little Fingers – the list goes on – all have found their way to this spot on the Cornish coast.

Armed with a collection of essential instruments and some choice reading material, nothing short of a smash, No 1 classic is expected. That was the plan anyway. The creative juices were going to cascade from my noodle into a melting pot of original thought. Poetry, philosophy and music would then be added and churned into a musical pudding. Best laid schemes and all that, though. In the time I’ve been here I’ve tried on every item of clothing in my bag, the chords escape me and I’ve taken to watching daytime TV. Am I procrastinating? Do I have writer’s block?

Sandi Thom checked in with fans on her blog at MySpace (@sandithom) on Wednesday (July 29), talking about a last minute request by blues artist Joe Bonamassa to join him on tour for a week, where she noticed a lack of gender equality. The Scottish singer songwriter tells readers:

Over the course of that week I noticed a distinct lack of girls at the gigs. Women peppered the audience, few worked behind the scenes and I was the only girl working the stage! It gave me cause to question this unbalanced male/female ratio, to address it and perhaps one day challenge it.

The music industry, especially the Blues world is still very much a “Man’s world” as James Brown used to declare, but with some shrewd foresight the Godfather followed up that line with “but it wouldn’t be nothing without woman”.

And so, to that end I’ve been inspired to become the first “chick” that can play the blues like Clapton, BB, Bonamassa, Albert King and all the other great guitarists!

I’ve already bought myself a 6 string Gibson Les Paul so now I’m just waiting for a rainy day and a general down in the dumps disposition to get me in the mood and feeling kinda blue!

Sandi Thom Proud Of The Songs On Her Upcoming Album

Sandi Thom updated fans on her blog at MySpace (@sandithom) on Tuesday (July 14), talking about posting reguarly on Twitter and offering a status on her third album. The Scottish singer-songwriter tells readers:

I’m so happy at the moment, I’m so proud of all the work that I’m doing and the songs that I’m getting together for the 3rd album. Looking forward to being back out on the road again playing all the new tunes!! He he!! Oh what fun we’ll have.

Sandi Thom updated fans on her blog at MySpace (@sandithom) on Wednesday (July 1), talking about current events, getting married next year, working on new music, shooting a video with a unnamed hip hop duo, and going to the hospital for an operation to have lumps she’s developed on her head cut out. The Scottish singer-songwriter has since Tweeted (@Sandi_Thom) she’s since left the hospital. Thom writes:

Sadly, I’ve not been able to enjoy the sunshine as much as I’d hoped since I’ve been working hard in the studio on new material.

And on Monday I spent the whole day indoors shooting a video at a studio in London so I didn’t see the sun that day either!

The video I was shooting was a collaboration I’ve done with a hip hop duo, it’s really cool and I’m glad to have been a part of it. I can’t say too much but I get killed in the video! In an electric chair no less! It was pretty creepy filming it cos it was a real electric chair! Yikes, gave me the jitters! Anyway the video will look really cool in a kind of sin city way so can’t wait for you guys to feast your eyes on it.

Sandi Thom reacted to the death of Michael Jackson on her blog at MySpace (@sandithom) on Friday (June 26). The Scottish singer-songwriter tells readers:

Wow. What can I say?

The greatest pop icon of all time has died. Its unbelievable.
I turned on the news last night and was so shocked, at first they were saying that he was in a coma and eventually it unfolded that he had in fact passed away.

All I can say is that if there was anyone in this world that was an inspiration to every musician on the planet it was Micheal Jackson.

He was the greatest star of our times and his music will last forever. His musical legacy will live on forevermore. Let’s never forget, despite all the controversy, he wrote the most incredible songs and was the most amazing performer ever and that’s how we should all remember him.
I just can’t believe that he’s dead.

The world of music has lost an absolute legend.