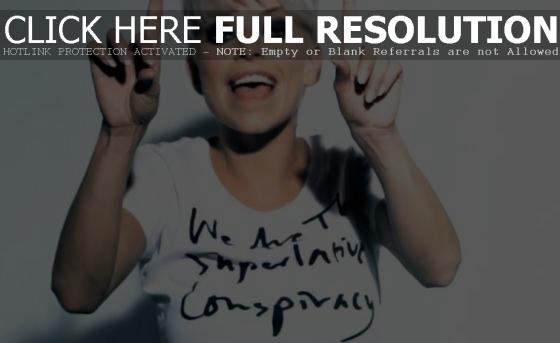 September is out with the music video to her new single ‘Resuscitate Me’, off the Stockholm, Sweden pop singer’s fourth studio album ‘Love CPR’, out soon. Watch the Patric Ullaeus directed video via YouTube below.

September ‘Can’t Get Over’ Acoustic

Footage of Swedish dance pop singer September recording an acoustic version of ‘Can’t Get Over’ has been posted online. Watch it via Hard2Beat’s YouTube channel below.

September Discusses ‘End Of The Rainbow’

The final day of September’s ‘Cry For You – The Album’ reveal features the Swedish singer talking about ‘End Of The Rainbow’.

“It’s very beautiful. It starts up very beautiful with piano and then it builds up to a classic September sound,” she explained. “I’m very happy that this song is the last song on my UK album.”

September Discusses ‘Because I Love You’

The next track off September announced to be on her new CD ‘Cry For You – The Album’ is ‘Because I Love You’, a track that Petra Eos Marklund often performs acoustically.

“It’s really one of my favorites. I used to play it on the guitar and sing it, which shows another side of me I think. It’s beautiful, it’s very simple, and it’s about love, as always,” the Swedish singer says in the clip.

September Talks About New ‘September All Over’ Remix

The next track announced from September’s new CD ‘Cry For You – The Album’ is a classic from the Swedish singer, ‘September All Over’, originally featured on her very first album. Now it’s back with a spiced up new mix.

“It’s written just because I am all over. No, it’s not, but it’s a great song,” September says in the clip. “It’s a new mix also, that is very, very catchy. From the beginning, this song was from my first album, so it’s an early September song.”

September revealed ‘Sacrifice’ as the next track on her new CD ‘Cry For You – The Album’.

“This song is a song that I really pushed for. It was not meant to be on the album, but then I just got reminded of the beauty of this dance track. It’s really housey, dancey, and it’s one of the best dance songs I’ve ever done,” the Swedish singer says in the clip.

September Discusses ‘Leave It All Behind’

The next track September revealed to be on her new album ‘Cry For You – The Album’ is ‘Leave It All Behind’. Initially revealed on the Dance Nation Tour, this is a brand new track from the Swedish dance pop star. “I really love this song,” September said. “I think it will be a single in the future.” Watch via YouTube below.

September talked about another song on her new album ‘Cry For You – The Album’. ‘Can’t Get Over’ was released on Hard2beat Records earlier in the year, and as September says, the new UK edit is wicked. “I actually like the new mix even more,” the Swedish dance pop singer says. “I think it’s brilliant, and I really enjoy releasing it here again.” The new album is out August 3rd. Watch it via YouTube below.

September revealed ‘Midnight Heartache’ is on her upcoming best of album ‘Cry For You The Album’. The track is a fan favorite which samples Kim Carnes’ eighties classic ‘Bette Davis Eyes’. The CD is out August 3rd on Hard2Beat. “It’s a beautiful song that gives you a very nice vibe,” the Swedish dance pop singer says in the video. “It’s a lot of summery feelings that floats when you listen to this song.” Watch the commentary via YouTube below.

September is sounding off on Lady Gaga, claiming the ‘Poker Face’ singer’s wardrobe isn’t as groundbreaking as it’s been advertised. “I’ve been wearing similar outfits to Lady Gaga for years across Europe while I’ve been promoting my records,” September said, according to The Sun. “Now when I wear outrageous costumes people say I’m copying her. It really annoys me. She stole my look and I want it back.”