Siobhan Donaghy ‘So You Say’ Video 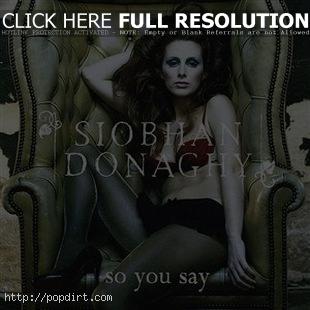 Former Sugababe Siobhan Donaghy is out with the music video to her new single ‘So You Say’, from the album ‘Ghosts’. Watch it below.

thelondonpaper spoke with Siobhan Donaghy, who discussed the decision to leave Sugababes in 2001. “I left for a very good reason and I’ve never for a second wanted to go back there,” the 22-year-old admitted. Donaghy pinned the problems on Keisha Buchanan, the only original member left in the girl group. “That’s why I left. Me and Keisha were never friends, and I never knew what her problem was,” she admitted. “I took it into my own hands to make myself happy. But I believe in moving forward not backwards and I really don’t want to slag her off.”

The full story at thelondonpaper.com has since been removed.

Siobhan Donaghy visited ‘Popworld’, where she visited “psychic” Alexa Chung. Siobhan talked about having no bad feelings towards her former Sugababes bandmates, her visit to Thailand, the new album ‘Ghosts’, and her future plans.

The psychic reading, aired April 21st, has since been removed from YouTube.

Popworld.com caught up with Siobhan Donaghy for a Q&A and asked the singer if she and fellow former Sugababe Mutya Buena still stay in touch. “We don’t talk very often but we have done on a few occasions via text or e-mail,” Donaghy said. “There’s never really been a problem between me and Mutya. Our singles are out quite close together so I’m sure we’ll probably be on a TV thing together. I’m actually quite looking forward to seeing her and her little girl because she said that it would be nice for me to meet her. It will be nice because there were some hard times back in the day, things did go a bit pear shaped.”

Siobhan Donaghy checked in with fans on her blog at MySpace on Thursday (March 5). “Yesterday we shot the video for the second single which will be called ‘So You Say’,” the former Sugababes star writes. “Jamie Thraves directs the video. His most famous work was his video for Radiohead’s single ‘Just’ and also has worked with Coldplay, Razorlight, Damien Rice etc….you get the gist. It’s loosely based on the David Lynch movie ‘Inland Empire’ and a lot is happening in post production so you’ll all be as surprised to see it as I will! I just can’t wait though!! I’ll have it up on my page as soon as it’s edited! Have a fantastic Easter holiday weekend. I’m sure you all deserve a little time off!! Siobhan x x” 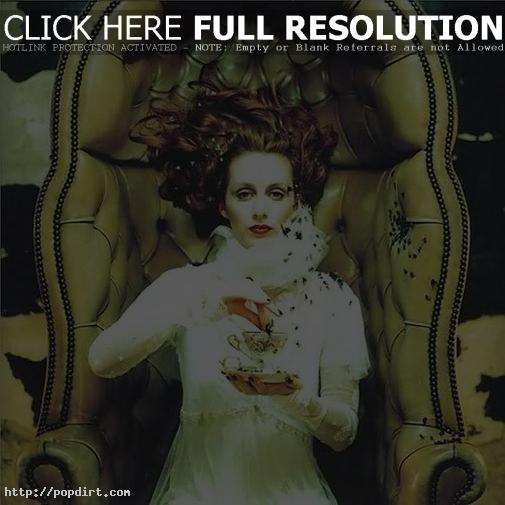 Former Sugababes member Siobhan Donaghy spoke with Radio 1 Chart Blog about her new single ‘Ghosts’, if she believes in ghosts, tour plans, if she’s superstitious, and more. Listen to the interview here.

Siobhan Donaghy ‘Don’t Give It Up’ Audio 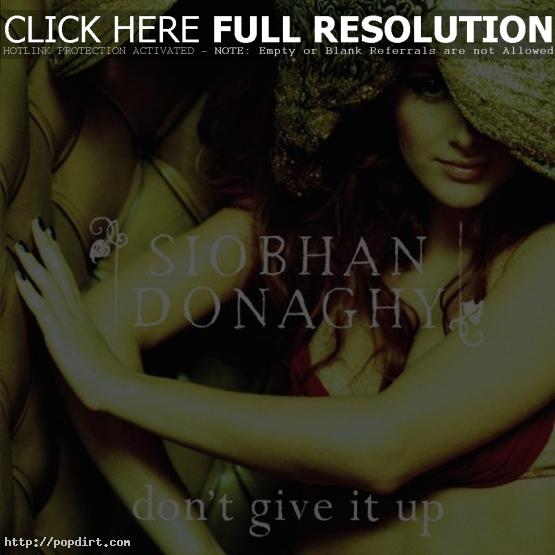 Former Sugababes star Siobhan Donaghy has posted a new single on her myspace page. Listen to ‘Don’t Give It Up’ here.

Former Sugababes star Siobhan Donaghy has lashed out at former bandmates Keisha Buchanan and Mutya Buena again, The Mirror reports. The solo singer said, “I’m so relieved I’m not in the band any more. It was all hate, hate, hate.” She added, “Nobody got on. It was arguments all the time. They are in it for all the wrong reasons. Just to make a bit of money.”

July 12, 2004 – The Mirror reports that the Sugababes had a blow up, or at least with Heidi Range and Mutya Buena during an interview at Party in the Park. While being interviewed, “someone asked them about all the in-fighting,” a source revealed. “Heidi and Mutya said ‘Fu** this’ and stormed off, leaving Keisha Buchanan alone to continue the interview.” Asked whether they’re going to split up, Keisha said: “No, we’ve too much respect for our fans.”

Tension Between Sugababes Keisha And Mutya

July 7, 2004 – Keisha Buchanan reportedly had a bust-up with her Sugababes bandmate Mutya Buena, who is now siding with the girl group’s “new girl” Heidi Range. “They performed at the Big Gay Out in Finsbury Park at the weekend and it was pretty clear there were tensions,” a source revealed to The Mirror. “Heidi was with her boyfriend Dave Berry, and Mutya was with a female pal – but Keisha was all alone and looked very miserable.”

July 5, 2004 – Sugababes Online reports that Island Records confirmed on June 21st that ‘Caught In A Moment’ will be the fourth single from ‘Three’ after all. It will be released on 16th August 2004 in the UK, with the video being shot in the next few weeks.

July 5, 2004 – Keisha Buchanan of the Sugababes spoke with Radio 1 about the trio’s rather lax way of recording their last album. “We just don’t come in if we’ve had a rough night, and that’s what I think the great thing was,” she said. “I wrote quite a few songs on the ‘Three’ album, and that wasn’t because I’m probably their best writer, it was only because sometimes Mutya [Buena] couldn’t be ***ed to come in because she had a hangover, and sometimes Heidi [Range] was ill, and vice versa. That’s what the group’s about – pulling together. If one can’t make it the other two will. Usually we are together but obviously when mishaps happen when you go out the night before or whatever, the show must go on!”

The Mirror reports former Sugababes star Siobhan Donaghy will be dropped by her label at the end of the month, but sources say the singer isn’t too upset about it. “She’s fed up with London Records,” says a pal. “She thinks they’ve messed up her chance of fame… and that Virgin is a better option.”

The Glasgow Daily Record reports former Sugababe star Siobhan Donaghy spoke out over the legal disputes and subsequent debut which led her to leave bandmates Mutya Buena and Keisha Buchanan. “I’m not bitter any more,” she said. “They have it on their conscience, not mine.” As for the time she was with the group, Donaghy says, “I’m afraid there’s not much I enjoyed about that time in my life. It’s not what you’re doing, it’s who you’re doing it with.”