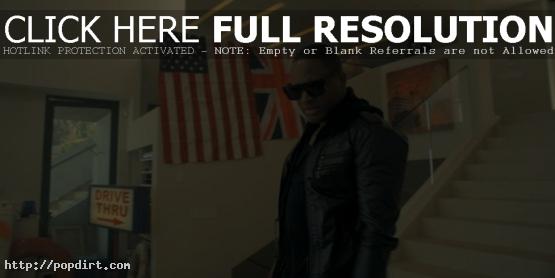 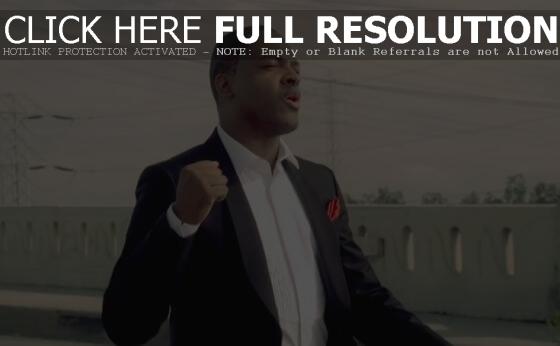 Taio Cruz is out with the music video to his new single ‘Telling The World’, off the ‘RIO’ soundtrack, out now on Fox Music/Interscope Records. The movie hits theaters April 15th. Watch it via YouTube below.

Kimberly Wyatt And Taio Cruz At The Brits

Goldierocks caught up with Kimberly Wyatt and Taio Cruz on the red carpet of the Brit Awards. They talked about who they were excited to see, Kim prepping for an upcoming performance, and their afterparty plans. Watch the chat via YouTube below. 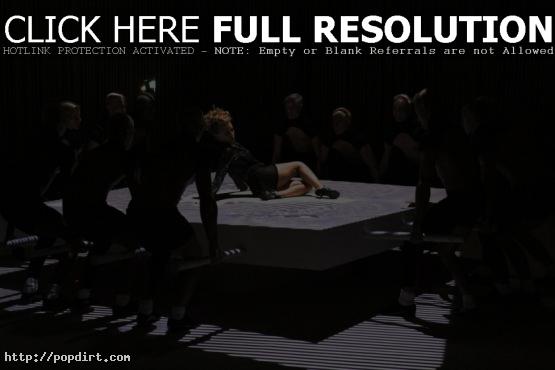 Taio Cruz is out with the music video to his new single ‘Higher’, featuring Kylie Minogue, off the British singer-songwriter’s compilation album ‘The Rokstarr Collection’, out now on Island Records. Watch the Alex Herron directed video via Vevo below. 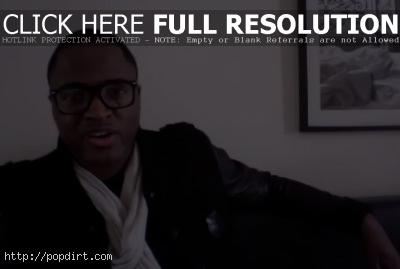 Taio Cruz checked in with a video wishing all his fans a Merry Christmas and talked about his hopes for 2011.

The message at Cruz’s MySpace has since been removed.

Taio Cruz is out with the music video to his new single ‘Dynamite’, off the British pop artist’s second album ‘Rokstarr’, out now on Island Records. “I’ve done race cars and speedboats. For this one, I wanted to do things on a bike,” Cruz told MTV News about the video concept. “So you’re gonna see me spin the tires on this, which is pretty cool!” Watch the Alex Herron directed video via YouTube below.

Taio Cruz checked in with fans on his blog at MySpace on Tuesday (June 22), discussing some things on his Wikipedia page that are correct and incorrect. The British singer songwriter tells readers:

Stuff thats WRONG Grrrr (No doubt to be continued….)
1. My Name is.. drumroll please….not Adetayo Ayowale etec etc etc haha. my name is Jacob Taio Cruz. But you can just cal me Tie – Thai – Ty – TAIO (Am i drumming the pronunciation in enough haha)

I have never produced any songs for … Who tf is – Pedro Cruz??? lol
I did not got to Christ’s Church School (I’ve never even heard of it!) – How random!

Yes I Produce and write all of my own songs

Since his posting, all of the incorrect items have been fixed. The blog at MySpace has since been removed.

Taio Cruz spoke with andPOP recently, where the British artist talked about how he manages to make money in today’s music climate. “It’s very important in any business really to be very diverse so you don’t put all your eggs in one basket,” he explained. “One thing goes to pot, then you have other things to keep you afloat.” Cruz added he likes to write and produce, so he could fall back on that if he wasn’t a recording artist. Those other ventures can also help finance his music videos. Watch the interview via YouTube below.

Taio Cruz: Ke$ha Was Awesome To Work With

Rap-up.com spoke with Taio Cruz in a Q&A, asking the British pop star what was it like working with Ke$ha on his new single ‘Dirty Picture’. “She was awesome,” Cruz said. “I actually finally got to meet her at the video shoot. We actually did the studio sessions in two different countries, but it still managed to work out and sound great. When I met her to work on the video, she was just a lovely person. We had a great time. We haven’t had the chance to party together; I was invited but couldn’t make it on that day. But I’m sure it would’ve been a mad party.” Check out the rest of the discussion here.

Taio Cruz is out with the music video to his new single ‘Dirty Picture’, featuring Ke$ha, off the English singer/producer’s second studio album ‘Rokstarr’, out now on Island Records. “It was shot in this really cool basement in LA,” Cruz told Digital Spy. “We wanted it to look like a party scene, but not in a typical club, and it was really good fun. Ke$ha’s shots were recorded in London because our schedules were all over the place, and then I shot the rest in LA.” Watch it via YouTube below.