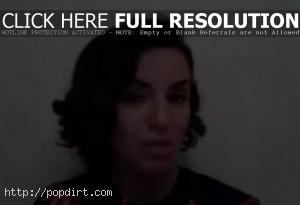 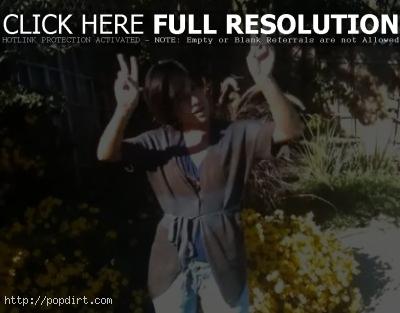 Julia Volkova checked in with fans on her YouTube channel on Thursday (December 2). The t.A.T.u. singer talked about her official web site being launched at JuliaVolkova.com and working from Los Angeles on her new solo album.

“I’ve had lots of meetings with different people,” Julia said. “So today, I come back to Moscow. I have lots of shows before the new year. I love you and really soon we can write each other and we can be on Twitter together and lots of stuff. See you next time.” 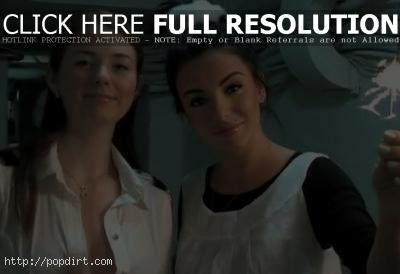 Lena Katina and Yulia Volkova of t.A.T.u. checked in on their YouTube channel to wish fans a Merry Christmas and Happy New Year. Yulia handled the Russian greeting, while Lena did the English.

“Last year was really difficult, there was a lot of problems. Lot of different talks, like not true, so we want to say we’re together, everything is okay, and we’re working on different new stuff, so next year we will try to do all our best for you to be happy and thank you for your support,” Lena said.

Watch the update below.

Lena Katina Checks In From LA

Lena Katina of t.A.T.u. checked in with fans on her journal at tatu.ru while in Los Angeles. Lena writes:

We have got a couple more of new songs I hope you will like! We have once been to a nice place where various little-known artists and songwriters perform. And that very day there happened to be performances of a Canadian singer and also a Russian girl with her songs. So, I made sure the “We are everywhere!” slogan of the Russian club of the University of Santa Barbara is true to life! Well. We have seen Yulia. She is also doing her project over here. She looks very good, she is as active, jolly and loud as always! ;-))))))

May 30, 2009 – t.A.T.u. celebrated their ten year anniversary by helping pave a road in Russia in a ‘Paving Road to Fame’ feature on NTV. “We’re practicing to survive the [financial] crisis,” Yulia Volkova joked with a shovel in hand. “You know, my dad used to joke when I was a kid if I didn’t study well or do something that would help me in the future, then he’d make an orange vest for me and I’d go lay asphalt.” Watch the report, with English subtitles, below.

Lena Katina of t.A.T.u. documented her laser eye surgery done while in Los Angeles. The pop singer won’t have to wear eyeglasses anymore, but did wear some protective afterwards. “It was very scary,” Lena admitted. “I didn’t expect it to be that scary, especially when you lose your sight.” Watch the webisode via Russia.ru below.

Lena Katina of t.A.T.u. checked in with fans on the pop duo’s official web site on Tuesday (April 28), talking about getting laser eye surgery. Lena writes:

I’ve never imagined it would be so scary! You’ll be able to see all the details soon, but I’m warning you guys: this stuff is not for sissies! I’ll remember how I felt for the rest of my life! The most scary part was to understand that your eye is opened all the time, but the picture constantly changes!

Lena Katina and Yulia Volkova of t.A.T.u. documented their visit to a motorcycle training session, braving the snow after getting dressed up in outfits neither particularly liked. “Once in a lifetime I’m wearing this sh**,” Lena said of her bulky outfit. “I’m not wearing it again.” Interestingly the two participated in the class separately, perhaps providing a hint of Yulia’s immenent departure from the Russian pop duo. Watch the episode via russia.ru below. 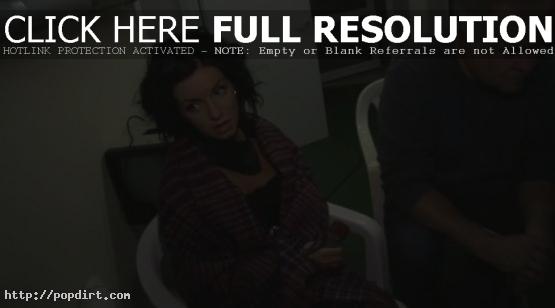 t.A.T.u. just posted a happy Valentine’s Day clip recorded back in 2003 when Lena Katina and Yulia Volkova were more likely to kiss.

“Hi, our best St. Valentine’s day wishes to everybody! Love each other and be happy,” the girls said. 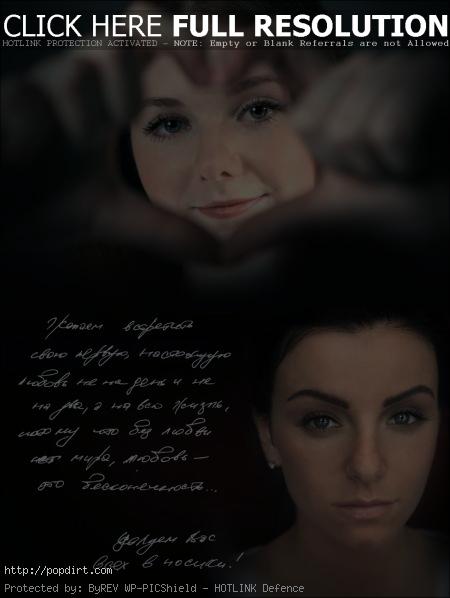 t.A.T.u. have issued the following message to mark Valentine’s Day:

We wish you to meet your first real love, not for a day or two, but for the rest of your life – because there’s no peace without love, love is eternity…
Kisses on all your noses!