Lena Katina Not A Fan Of t.A.T.u. Bandmate’s Lip Augmentation

As for Volkodav and all your negativity about her lips: If I were you, I would resist from such comments! I don’t really like it myself, but crazy stuff can happen to everybody. It’s impossible to talk her out of something if she likes it! So we’re gonna have to wait until it all gone (I wish it was quicker). Anyway, she’s the same Yulka inside!

January 24, 2009 – t.A.T.u. spoke with MOTO Magazine about learning to ride motorcycles in preparation to appear on stage at the MTV Russian Music Awards on a pair of Kawasaki motorbikes. “I think a bike is the same as a car, just without roof and doors,” Yulia Volkova said. “I just sat on it and started to ride. I feel very comfortable on a bike, but to ride it fast and every day… no, not ready yet, I think.”

Her bandmate Lena Katina added, “It was an amazing experience to learn to ride a bike. And it’s an adrenalin dose: you start doing it and you can’t quit. A car gives you different feelings.”

The story at tatu.ru has since been removed. 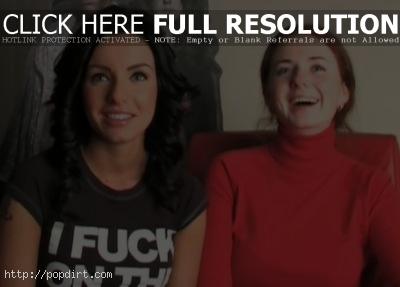 t.A.T.u. recorded a Merry Christmas and Happy New Year message to fans on their YouTube channel, with Yulia Volkova talking rapid-fire in Russian while sporting a “I fu** on the first date” t-shirt, and Lena Katina handling some brief comments in English.

“We want to wish you all a Happy New Year,” Yulia said. “We want to wish you everything nice, kind, gentle and good, that all the bad and negative would go away. That everything good would bloom and grow, let you move like another step higher, higher, higher. Let you achieve all your goals. Let you be happy. Let you have your loved one with you. Let everything be alright with your mom and dad. That your children would be healthy.”

Episode 6 of the ‘t.A.T.u. LIFE’ series by Web-TV channel Russia.Ru features Lena Katina and Yulia Volkova in Poland. The girls filmed each other upon arrival, with Yulia talking about rehearsing for the Viva Comet Awards and sifting through fan mail, talking about how she actually telephones some of the people sending her letters. While riding in the back of a stretch SUV, Lena discussed the book she was reading, then they joked about how she almost slammed a car into an LA restaurant. The clip ends with Yulia and Lena arriving at their hotel room. Watch the episode via YouTube below. 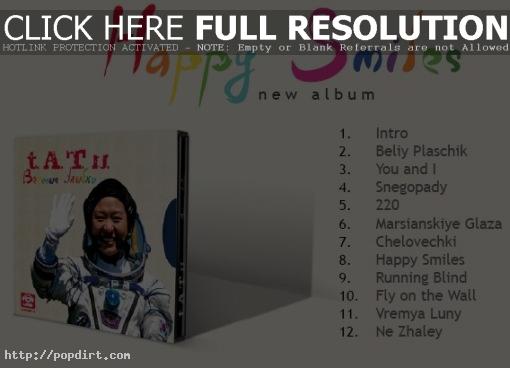 t.A.T.u. confused fans after posting what they called their new album cover for ‘Happy Smiles’ on their MySpace blog earlier today. The apparent joke had many wondering if their forthcoming third studio album ‘Waste Management’ had been renamed. 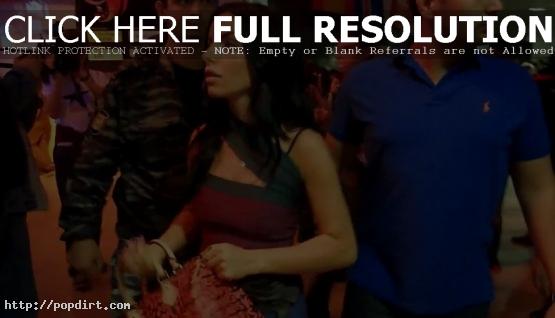 t.A.T.u. are out with the music video to their new single ‘220’, off the Russian electro pop duo’s upcoming third Russian album ‘Upravleniye Otbrosami’ (‘Waste Management’), out later this year on T.A. Music. Watch it via YouTube below.

Lena Katina of t.A.T.u. checked in with fans on the band’s official web site blog on Friday (April 25) following the premiere of their new single ‘220’ and in reaction to criticism from fans and Insider at the t.A.T.u. Blog. She writes:

Hello, guys! Well, the premiere happened! Thank you for your contradictory emotions, it’s actually cool that they all exist. I do want you to really get into our new song. ‘220’ may seem simple only at first glance, at least to me.

I’ve read the forum… I don’t want to ignore your reaction on our fu**-ups. Artists are human beings. We also feel, get tired, worry about different things, we have problems, bad mood, break-downs… But you don’t give a fu**. And you shouldn’t. Every artist has performances that are not-so-great, and I feel really down about Dubai gig (believe me, everything’s ok with our self-criticism)… I just want to say that no matter how crazy or not-so-crazy we are on stage, we never perform without emotions.

Do you really think we have no idea about what we sing?!… I’m shocked.

Anyway. A professional must always work with 200% result. And we will work like this. Insider wrote many things that we need to work at – I’m not going to repeat them. In June we’re leaving for the US for two months to stage the show.

As for extra fat and fat ass. If you like flat girls with just skin on the bones, go watch some fashion show. Yes, I’m not skinny – and I’m proud of it. At least one can hold on to something! If anybody’s interested, my weight is only 52 kg – and has been for a very long while. And I have no extra fat. If you don’t like it – don’t look at me!

March 5, 2008 – Video footage of t.A.T.u. visiting ‘Love Radio’ for a live interview on February 22nd has been posted online. Lena Katina is shown at the station’s lobby chatting for a bit before Julia Volkova arrives. Then they made it to the studio, where the pair presumably discussed their new album and Julia’s recent childbirth. Watch the clip, in Russian, below.

NTV Channel’s ‘Vsyo Srazu’ went on the set of ‘Finding t.A.T.u.’, where Lena Katina and Julia Volkova were on hand, as well as the film’s star Mischa Barton.

The segment described Barton’s meeting with the singer’s as a “chilly” one. “In America, t.A.T.u. haven’t got even a half of their popularity they have here in Russia,” Barton said. “So I learned most about t.A.T.u. here.” Vokova sounded similarly dismissive. “I don’t know who was Mischa Barton,” the then pregnant singer said. “I mean, for me… I don’t know. Maybe she is popular there on their TV series, as they told us. And here I kind of haven’t heard anything about her.”

As for how the film captures the faux lesbian pop duo, Katina said, “Well, I think they understood what it is like, what our life is while already being here, so I guess it’s not hard to try, just to try to express our atmosphere as it is here in reality.” Watch the report, in Russian with English subtitles, below.

Footage of t.A.T.u. star Julia Volkova in a hospital room apparently getting ready to give birth on Thursday (December 27) has been posted online. During the clip, Julia communicates in Russian with her boyfriend and the baby daddy Parviz Yasinov (who is married to Masha Veber according to Wikipedia), exchanging a kiss at one point.

A posting on the Russia pop duo’s web site on Thursday stated: “This morning at 6:35 AM (Moscow time) Yulia Volkova’s son was born. Weight – 3400 g, height – 52 cm. The birth went without any difficulties. Both mother and baby feel good.”

A second message posted on Thursday stated: “Guys, thank you very much for all your congratulations! Some details. The birth went fast and without any difficulties. Last night Yulia and Lena had a New Year party in a close circle of friends and their team. Yulia came home around midnight and was in bed by 2 AM, but at 4 AM she woke up realizing that the birth process started. Parviz took her to the hospital right away. So you see why the process went so fast – Yulia peacefully slept half of the time. Parviz was together with Yulia when she was giving birth, he didn’t leave her for a second and cut the cord off himself. The boy looks a lot like Daddy – as it should be. Yulia and Parviz keep the baby’s name in a secret.”

Watch the hospital footage below.