Popworld caught up with Cherisse Osei from The Faders in a Q&A and asked the drummer if she used to have an embarrassing CD collection. “When I was younger I was very into the Spice Girls,” she admitted. “I’m damn proud of that as well ‘cos they were great, a phenomenon.”

‘Top Of The Pops’ caught up with the Faders for a Q&A, and asked the girl pop-rockers who has treated them like they were stupid in the last year.

“Well… I think because we’re girls and we play instruments, a lot of hardcore musicians who do the equipment and the sound used to take the piss out of us,” singer Molly Lorenne responded. “They were like, ‘Oh you don’t know what you’re doing cos you’re girls!’ But I think after like, the second day, they started treating us a bit better, cos we do know what we’re doing. It’s better to be underestimated than overestimated I suppose. But yeah, people do that a lot, and it can be annoying.”

Music Week reports that UK pop/rock act The Faders have signed a deal with Polydor’s US sister label Interscope, which will release their debut album ‘Plug In & Play’. The band have gained momentum in America after their single ‘No Sleep Tonight’ was featured in the Cingular Wireless television ad campaign. They also will be featured on ‘Veronica Mars’. “We knew that this record was great and the band was a fresh proposition,” says Polydor joint managing director Colin Barlow. “It has just taken time to develop and I think now we’re going to see this record explode.” 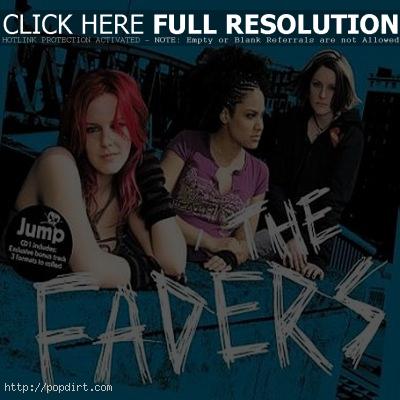 The Faders are out with the music video to their new single ‘Jump’. Watch it online at YouTube.

The Faders Praise For Britney… And Even Kevin

‘Top Of The Pops’ caught up with The Faders for a Q&A and asked the pop-punk trio for their opinions on several musical contemporaries, including Britney Spears. Molly, giving a horrified look, responded, “I love Britney! I do. I’m probably completely ruining our reputation here, and I’m going to get beaten up afterwards for saying this, but I think Britney’s great. I’ve got her album, and I listen to it when I’m feeling a bit soppy. So, yeah, I like Britney a lot, [under her breath] and her husband’s quite fit too.”

The Faders ‘No Sleep Tonight’ Video 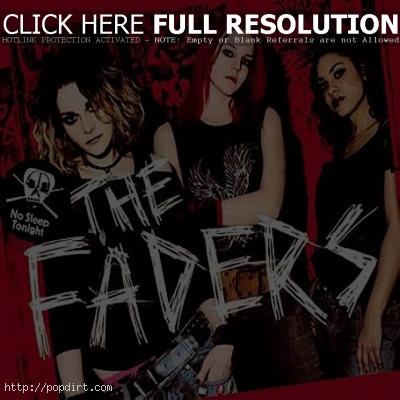 The Faders are out with the video to their debut single ‘No Sleep Tonight’. The single is released in the UK on March 21st. Watch it via YouTube below.