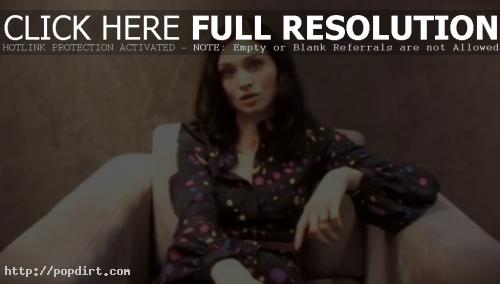 The Feeling ‘Christmas Is For Children’ Video

The Feeling put together a Christmas video featuring their new holiday song ‘Christmas Is For Children’. Watch it via YouTube below.

Dan Gillespie Sells of The Feeling did a Q&A on the band’s official web site, discussing work with producer Bob Ezrin on the new album, how they selected Bob, his first visit to Nashville, having a good idea what songs will be on the album, plans to showcase new material and other questions from fans.

Sounds like you’ve got a fair idea of which songs are going on the album?
Yeah. We’re not 100%. I do plan to write another couple of songs in the next couple of weeks, before going in. But we’ll be going in really soon, because we need to get in the studio before we go to the Alps. And I want to make sure it comes out this year at some point!

Check out the entire interview at thefeeling.com (membership required).

Dan Gillespie Sells of The Feeling recorded a cover of ‘Stop The Cavalry’ by Jona Lewie, posting it on the band’s YouTube. The clip features fans’ Christmas pictures that had been sent in last week at the band’s request. Watch it below.

The Feeling Taking It A Bit Slower With Their 3rd Album

The Feeling’s Kevin Jeremiah talked with the band’s official web site, thefeeling.com, in a Q&A, offering an update on their new album. “We have still been working on recording, but we’ve been fairly relaxed about it this time anyway,” Kevin explained. “With ‘Join With Us’, we came straight back off tour in America and had just under two weeks off before we started recording again. This time, we’ve decided to take it a bit slower. Last time was great, but I think it was the right thing to do this time. We’re just trying to get as many songs together as possible and make sure that we’re really happy with what we’ve got.” Kevin added that they’ve “managed to pretty much record 11 songs” so far, and expect to “try and do another 10 or 11, I suppose” before putting the album together.

The Feeling’s Dan On The Advantages Of Signing Fake Boobs

The Feeling’s official site features a brand new catch-up Q&A with Dan Gillespie Sells, in which he chats about his Christmas, the band’s plans for 2009 and the perils of autographing boobs. On the latter subject, when asked if he’s autographed many breasts in his time, the frontman responded, “I have autographed a lot of breasts! It’s a rock ‘n roll tradition to sign boobs. In America, you do a lot of fake boobs and the great thing about a fake boob is that they’re very easy to write on. The worst thing is if you haven’t got a marker pen and some girl comes up to you with slightly wobbly boobs and gives you a biro. It just doesn’t work and it’s really embarrassing. You’re kind of scratching. When you’re doing that, you’re aware it’s wrong for so many reasons.”

Check out the entire interview at thefeeling.com (membership required).

Sinead Quinn updated fans on her blog at MySpace on Wednesday (January 7), discussing the photos from her marriage with The Feeling drummer Paul Stewart last month in Ireland which appeared in the UK edition of OK!. The ‘Fame Academy’ alum tells readers:

Some of you may have seen this weeks OK magazine, hope you like the pics, we are really pleased. As you all know OK weren’t there on the Wedding day but we are delighted that, as a result of having a few of our personal favorite pictures in the magazine, the Childrens Hospice in Belfast really benefit from the donation. The Belfast Childrens Hospice have been amazing to my family over the years and Gerald loved going there, I’ve been there loads of times and met some real characters.

The entire message at MySpace has since been removed.

The Feeling To Take Their Time On Third Album

Ciaran Jeremiah of The Feeling did a Q&A on the band’s official web site, where the keyboardist was asked about his bandmate Paul Stewart’s wedding and when the guys will start work on their third album. “I think we have some time booked out and it will involve just playing stuff as a band and rehearsing, instead of just going straight in and recording,” he said. “As to when we’ll actually lay down some songs, I don’t really know. I think we’re going to take our time with it. Although we’re happy with the second album, there is a slight sense of having had to get it out quickly, which is probably the case for a lot of second albums. But I think this time we want to be able to work on it a bit more.”

The Feeling checked in with fans on their MySpace (@thefeeling) on Monday (December 1) after posting a new holiday song. The British pop rock group tell readers:

We’re very pleased to announce that The Feeling have written and recorded a beautiful seasonal song called ‘Feels Like Christmas’, which you may hear blaring from your wireless sets in the coming weeks while you’re roasting chestnuts on an open fire, drinking mulled wine from a glass slipper and dangling silken ropes from a severed conifer in your front room.

Says Dan: “I’m the opposite of the ‘Bah Humbug’ Christmas grump. I’ve always loved Christmas and the surrounding hullabaloo – especially the songs from Bing to Slade to Wizzard to Bing and Bowie. I wrote and recorded this one several years ago on the piano, but never intended it to be released so I kept it a secret. We added the drums and strings this year and then we thought it might be a good time to let people hear it to see what they thought.”

The track has already been added to the Radio 2 playlist. Hear it now on the band’s MySpace. 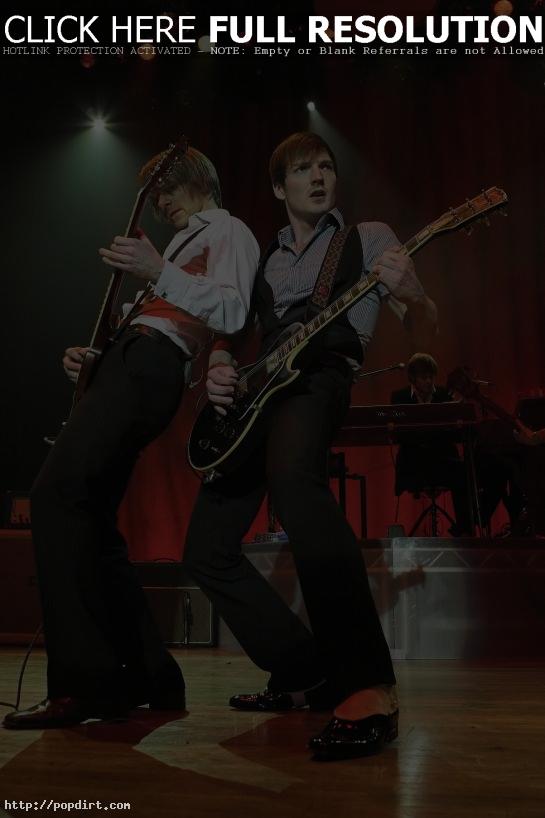