The Noise Next Door ‘Miss U’ Video 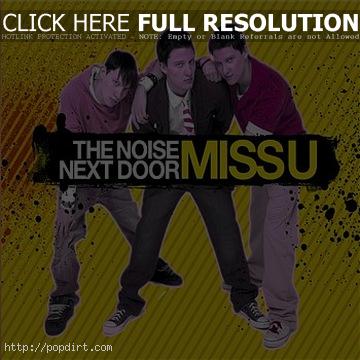 The Noise Next Door are out with the music video to their new single ‘Miss U’, from the album ‘Play It Loud’. Watch it online at YouTube.

Fox FM’s Party In The Park In Oxford

October 16, 2004 – During an interview on TV’s ‘Orange Playlist’ show, former S Club singer Rachel said she’d like to work with Coldplay. Stevens said, “Colplay are good. They write amazing songs and I’d love to work with Chris Martin in the future.” As for her belief on the reasons for Coldplay’s success. “They are good. They write amazing songs. It’s that simple,” she opined.

October 12, 2004 – Former S Club star Rachel is the cover girl for the UK edition of GQ magazine for their November issue. The singer said, “I loved shooting these – the clothes were fantastic and it was exciting creating a different look for me. I’m really pleased with the results.”

September 30, 2004 – Neil Sean of Sky News reports that former S Club star Rachel defended her decision to put out another cover song — ‘More More More’, a remake of Andrea True Connection’s ’76 hit. “I’m not against doing covers, and I think this one is perfect as it’s so long ago since it was in the charts,” she reasoned. “Kids today think it’s brand new and I hope it will be my first number one.”

September 28, 2004 – Former S Club star Rachel was photographed leaving the Japanese restaurant Zuma in London, where she was left with a late-night parking ticket upon returning to her silver Mercedes.