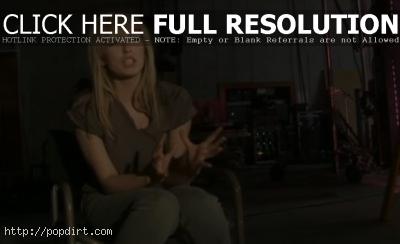 Katie White and Jules de Martino of The Ting Tings updated fans on their blog at MySpace on Tuesday (October 14), revealing they had to scrap their concert at Jillians in Las Vegas on Thursday. They write:

Really sorry to do this to you but we are going to have to miss the Las Vegas gig. We are supposed to be filming the ‘That’s Not My Name’ vid tomorrow. In LA. In the woods. Only problem is loads of the countryside is burning and its a bit too close to comfort from our filming location…. which means the vid may have to be shot somewhere else on our Las Vegas gig day.

We still get to come to Las Vegas at some point as we are filming the fruit machine vid for the UK.

Anyway, we re in LA, it smells a bit smokey and we go onstage in about an hour at the Wiltern Theatre. Jet Lags sh**. Everything else is goooood.

Eric Hutchinson, who performs on ‘The Tonight Show with Jay Leno’ (NBC) on Monday.

The Ting Tings, who perform on ‘The Late Late Show with Craig Ferguson’ (CBS) on Monday.

Britney Spears’ mother Lynne, who discusses her new book ‘Through The Storm’ on ‘Today’ (NBC) on Wednesday and ‘Rachael Ray’ (Syndicated) on Friday.

New Kids On The Block, who perform on ‘The Hour with George Stroumboulopoulos’ (CBC) on Wednesday.

Kimberley Locke, who performs on ‘Today’ (NBC) on Friday.

The Ting Tings checked in with fans on their blog at MySpace on Monday after winning at the MTV Video Music Awards for ‘Shut Up And Let Me Go’. They write:

For all you Brits out there…last night we took home the Best UK Video award at the VMAs According to MTV, we had over half the votes…so THANK YOU to all of our fans who voted! You continue to amaze us :)

During their red carpet interview with Fonzworth Bentley, both Katie White and Jules De Martino had trouble with what they were wearing. “I’m not a big follower of labels,” Katie said. “I just like what I like.” Watch the interview below.

The Ting Tings checked in with fans on their blog at MySpace on Friday (August 15) after learning they’ve been nominated for the Video of the Year for ‘Shut Up and Let Me Go’ at next month’s MTV Video Music Awards. They write:

We are in total shock! THANK YOU ALL for voting…
we have the best fans :)

The Ting Tings checked in with fans on their blog at MySpace (@thetingtings) on Wednesday (June 25). The ‘Shut Up And Let Me Go’ duo writes: “Firstly, we just want to apologize to the crowd of thousands in Norway that stayed up until one in the morning to see us play only four songs. I’m afraid that you all jumped around so much that the roof of the tent was close to collapse ) : how sh** is that. We wish we could have played more songs but we got frog marched off out of the tent because the entire stage was beginning to become unsafe and the PA looked like it was going to fall on the crowd. On the bright side, you danced so much you broke the tent! Well done! Bravo bravo! How cool is that! We hope we can make it back their asap to finish our performance.”

The Ting Tings are out with the music video to their new single ‘Shut Up And Let Me Go’, from the British indie pop duo’s debut album ‘We Started Nothing’, out now on Columbia Records.

“We wrote this song around the time we were getting pigeonholed and pre-judged, so it was a song about that really,” Katie explained in the making-of clip. As for their stunt doubles that appear in the video, she said, “We’re doing as much as we can, and we’re doing a lot of it like the flips in the air and the wires and stuff, but some of it is like my legs just aren’t strong enough. We’re actually really kicking each other, just because we’re not experienced enough to have that control, so we’re going to be full of bruises tomorrow.”

Watch the video and a making of clip below the fold. 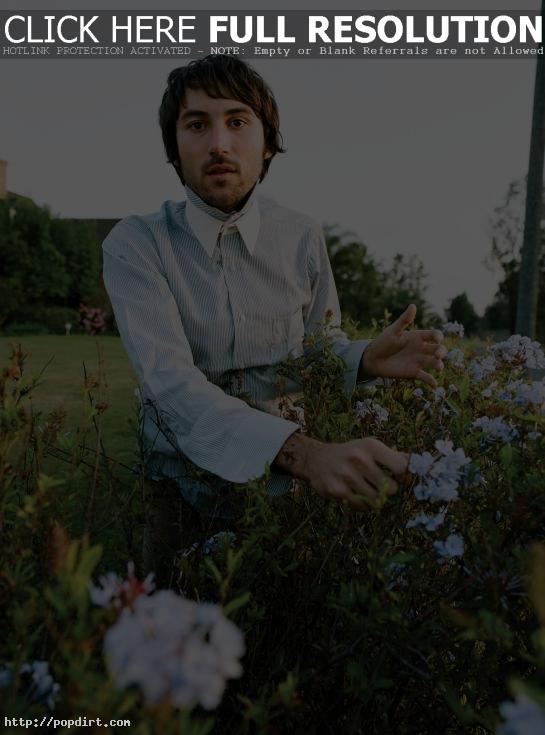 Matt Costa, who performs on ‘The Late Late Show with Craig Ferguson’ on Monday.

Donna Summer, who performs on ‘The Late Show with David Letterman’ on Monday.

The B-52s, who perform on ‘Live with Regis and Kelly’ on Tuesday.

Jewel, who performs on ‘Live with Regis and Kelly’ and ‘Late Night with Conan O’Brien’ on Wednesday, and ‘Tavis Smiley’ on Friday.

The Ting Tings, who perform on ‘Jimmy Kimmel Live’ on Friday.

The Ting Tings Release ‘That’s Not My Name’

Katie White of The Ting Tings checked in with fans on the British indie pop group’s blog at MySpace (@thetingtings) on Sunday (May 11). White writes:

‘That’s Not My Name’ is available for download today so please get off your arses, step away from the Torrent/Blog version that you have probably been bopping to for 6 month’s and go buy a decent recording of our song! This is one of my favorite songs on the album and was written when Jules and myself were skint, feeling down and un-confident after a horrible experience in another band. Although on the face of it, it is chantey and upbeat it actually means a lot to us as it has some really frustrated lyrics/emotion in it that I still find so easy to drag back up when performing it… So yeah, I don’t want to spoil the throw away party song vibe for all you guys who want to dance but it’s a ‘fu** you!’ style song as well, one that we meant every word of when we wrote it. I’m sure you have all felt sh** about yourself at some point, so I imagine you will identify with that part of the song anyway.

Katie Checks In With A Ting Tings Update

Katie White of The Ting Tings checked in with her MySpace friends (@thetingtings) on Thursday (May 1) with the following bulletin:

Hello, I am just letting you guys know that we are performing on Jonathan Ross tomorrow night. I think it was a good performance, we did it in one take and it felt like one of the good ones so go check it out.

‘That’s Not My Name’ is being re-released (more than 500 copies, Yeah!) on the 11th May. I know you all probably own it anyway ( ; through the power of lovely music blog giveaways, but if you want a decent quality version of the song and love it like I do. Go pre-order on our page.

Our album is out the following week and you can pre-order it on the top of our MySpace page.

Who’s Next: The Ting Tings

Yahoo! Music’s ‘Who’s Next’ features an interview and performance with The Ting Tings. Jules De Martino and Katie White talked about how they met up, the story behind their band name, their expanding guest list requests, and more.

“It just seemed to be something strong between me and Katie as a writing team,” Jules said about their beginnings. “We were in a band before this that didn’t work out, and we were the only two out of that band that decided we might carry on when everyone else got serious and got real jobs.”

On the duo’s creative process, Katie said, “We just wrote really for ourselves for our enjoyment and some of our friends to party with.” Jules continued, “The way we did it, is if we didn’t feel good about a song we were recording within an hour or two we scrapped it.”

Jules offered a humorous story on some of their early income, “We live in this cotton mill in Manchester, and we just started running parties there. Then we realized we couldn’t do this because we couldn’t afford to pay for our friends to have their beer. Then we created this TV. This smashed up TV we emptied out. We put a hole in the top and made a sign saying donations for beer please. The next day we were getting ready to party and we opened up the TV and there was 130 pounds. Me and Kate went ‘Yes! We’ve done it! This is how we’re gonna make money in the music business!’ We’re gonna run clubs and we’re just gonna play drums and guitar and make no sense of it and charge people beer money.”

Video for the interview and performance of ‘Great DJ’ has since been removed at Yahoo.com.