The Veronicas Discuss New DVD While In Mexico City

The Veronicas checked in with a YouTube update while in Mexico City doing “a massive day of promo”, discussing their new DVD coming out back home in Australia on September 1st, with a U.S. release a couple weeks later. Watch the update below.

The Veronicas ‘4ever’ Video (UK Version) 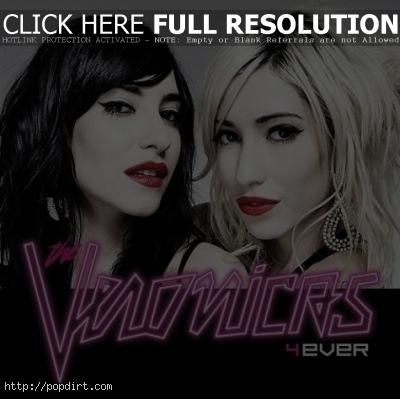 The Veronicas are out with a new music video for their debut single ‘4ever’, which is finally getting a UK release on September 21st via Sire Records. The clip uses an updated version of the song with new vocals and new instruments. Watch it at YouTube.

The Veronicas performed their ‘Hook Me Up’ release ‘Take Me On The Floor’ during an unspecified stop on the mtvU Sunblock Music Festival. Watch it below.

Kelly Clarkson Announces ‘All I Ever Wanted’ U.S./Canada Tour

Kelly Clarkson announced dates for her ‘All I Ever Wanted’ Tour. Joining Clarkson are The Veronicas and Parachute. The tour kicks off in Uncasville, CT on October 2nd and concludes in Hollywood, Florida on December 13th, covering 32 total U.S. and Canadian cites. Check out the tour dates below. 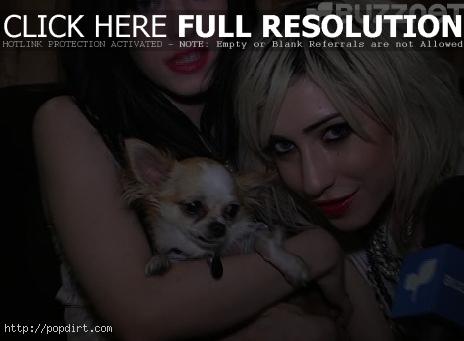 Buzznet got to hang with Lisa & Jess Origliasso of The Veronicas after their show in Los Angeles. Watch their new video interview chatting about everything from boys, bands, their favorite thing about summer, advice for tourmate Taylor Momsen and what they have in common with The Pretty Reckless singer (probably not questions Jessica wanted to answer), theme songs, and more.

“We’ve had many posters in our rooms of celebrities,” Jess said. “In my bunk right now I have a poster of the Jonas Brothers, above my bunk so they sit right (above).”

On advice for Taylor Momsen, who opened for them, Lisa said, “The advice we give to any new artist is just to enjoy the ride. Things don’t always go smoothly. You learn a lot, be humble, embrace it and have fun.”

Watch it below the cut. END_OF_DOCUMENT_TOKEN_TO_BE_REPLACED

Demi Lovato checked in with fans on her Twitter (@ddlovato) on Friday (July 3), deciding that she’d go veggie. The 16-year-old writes:

Seriously debating whether or not I should become a vegetarian again. I just don’t like meat.

Yeah think I’m gonna do it. Meat just makes me feel weighed down, you know? Besides. I need a change. Change is good.

The move prompted an unsurprising positive reaction from a pair of her semi-famous vegetarian Twitter followers – Lisa and Jess Origliasso of The Veronicas. They responded:

Lisa (@Lisa_Veronica): @ddlovato do it babe, and next time we’re in L.A together, we’ll take you to the most AMAZING vegan restaurants!! <3

The Veronicas Cover ‘Burnin’ Up’ By Jonas Brothers

Pepsi Music Exclusive Cover Art features The Veronicas covering ‘Burnin’ Up’ by their recent tourmates the Jonas Brothers, offering their own twist on the tune. Watch it at YouTube.

The Veronicas Shoot A New ‘4ever’ Music Video 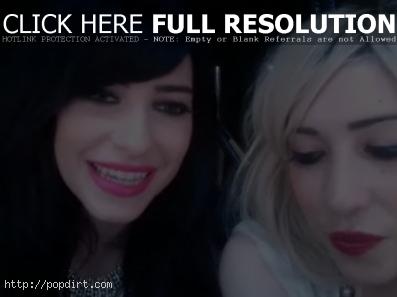 Lisa and Jess Origliasso of The Veronicas sent in a new video blog from the set of their new music video for their breakout hit ‘4ever’.

Watch the video to find out what they’ve been up to on their headlining tour and what you can expect from the new video below. 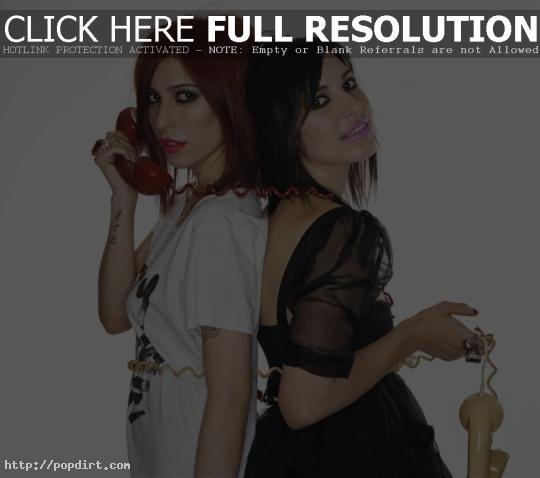 Lisa Origliasso of The Veronicas tells fans on her Twitter (@Lisa_Veronica) that a scary scene took place outside their hotel in Los Angeles, which left the 24-year-old wanting her boyfriend by her side. Lisa writes:

Was so scared I made my mama come and sleep with me tonight so I wouldn’t be alone.. girlie sleepover <3 @reevecarney I wish you were here ...x

A very brief remark from Erin Hershberg in martiniboys.com has Lisa Origliasso hot under the collar. “But if you have no sense of humor, you can always check out The Veronicas,” Hershberg wrote, “the derivative pop-punk duo from Australia, who have exploited their status as semi-talented hot twins for the betterment of their careers and the degradation of the music industry.”