Tommy Reilly ‘Take Me Away For The Night’ Video

Tommy Reilly is out with the music video to his new single ‘Take Me Away For The Night’, the first release from the Scottish singer songwriter’s second album ‘Hello! I’m Tommy Reilly’, released June 14th via Euphonios. Video was shot in April in the area around Tommy’s home town of Torrance and up the Campsies.

“WOOOOOO! I’m really proud of it and can’t wait till’ release day,” Reilly says of the new CD. “I have had a great time making the album. It’s made the gigs a lot more fun aswell having more songs to choose from when putting the set-list together.”

Watch the Jamie Stone directed video and behind the scenes footage via YouTube below.

Tommy Reilly Behind The Scenes At T In The Park

Tommy Reilly’s latest blog diary features the singer backstage at T in the Park last month, having a discussion about haircut fears before visiting the venue’s barber shop.

After chatting with Clyde 1 and showing off his draft beer pouring skills, Tommy spied on Lily Allen and a member of The Saturdays. The behind the scenes footage ends with Tommy signing autographs and checking out some performances.

Watch it via his MySpace Video channel below. 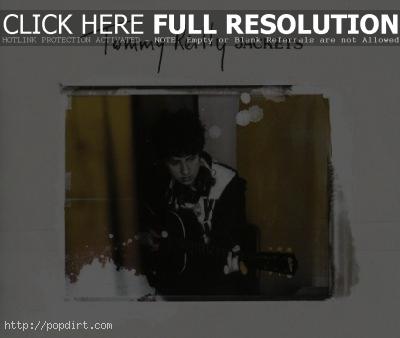 Tommy Reilly is out with the video for his new single ‘Jackets’, released on June 22nd. It was filmed on a ‘stickey wall’ ride in Putney with the Scottish singer songwriter and some of his fans. Watch via YouTube below.

Tommy Reilly In The Studio

Tommy Reilly posted some new material recorded in the studio in a couple postings at his MySpace Video channel.

“I’m down in London at the moment starting work on the album,” the singer songwriter recently said in a blog posting. “Bernard Butler is producing the record and he is a very nice gentleman to work with so it’s all good at the moment. I will write more about making the record as it happens!”

Watch one of the performances at via MySpace below.