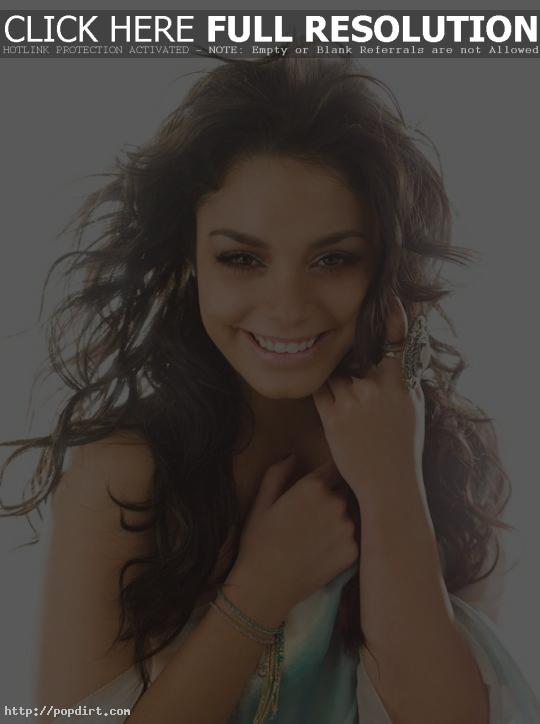 Behind the scenes footage with one of NYLON’s April cover girls, Vanessa Hudgens, has been posted online. She talked about her favorite moment filming ‘Sucker Punch’, her style, and beauty essentials. “I’d describe my style as kind of bohemian, I’d say,” the 22-year-old explained. “Somethings it gets a little more hippy dippy and other days it gets a little tougher and more new age bohemian. Recently I’ve gotten into the 60s and 70s with the whole music and the fashion. I’ve been pulling up a bunch of photos from the 60s and 70s, Vogue and Harpers Bazaar and just looking at all the amazing embroidery and beadwork and just really cool clothes.” Watch the video via YouTube below.

Tattoos Are An Addiction For Vanessa Hudgens

Vanessa Hudgens was on the phone with Ryan Seacrest on KIIS FM in Los Angeles, talking about her new movie ‘Sucker Punch’. The actress/singer also talked about her Gmail getting hacked which led to the second batch of compromising photos being released and her latest tattoo. “I love it, it’s so much fun,” Baby V said about getting inked. “It’s such an addition now. My management and agents are like, ‘Don’t get more!’ It may happen, I’m sorry.” The interview audio at Kyte.tv has since been removed.

Vanessa Hudgens was on ‘The Ellen DeGeneres Show’, chatting with the talk show host about how she’s no longer dating her ‘High School Musical’ co-star Zac Efron. “Yeah, we’re good. After being in a relationship for so long it’s like we stay friends,” Baby V explained. She also talked about her sexy Details magazine photo shoot. Watch the highlight clip below.

NMA World Edition offers an animation looking at how Vanessa Hudgens is again dealing with a nude photo scandal. The pictures allegedly show the ‘High School Musical’ starlet kissing Nickleodeon star Alexa Nikolas, sparking fears she is the target of hackers. The latest photo dust up seems to be overshadowing her just released movie ‘Beastly’ and soon to be released ‘Sucker Punch’ movies. Watch their report via YouTube below.

Vanessa Hudgens’ lawyer Christopher Wong is speaking out on behalf of the actress and singer in wake of another batch of nude photos hitting the internet, including images of Baby V kissing ‘Zoey 101’ star Alexa Nikolas. “Vanessa is deeply upset and angered that these old photos, which were taken years ago, continue to resurface,” Wong told TMZ. “It is particularly disturbing that whoever got a hold of these private photos seem to be intent on illegally leaking them out over a long period of time. We are actively working with law enforcement to determine who is responsible and to hold them accountable for their actions.”

Vanessa Hudgens Gets Bloody On Set Of ‘Journey 2: The Mysterious Island’

‘Sunrise’ correspondent Fifi Box caught up with Vanessa Hudgens and some of her ‘Journey 2: The Mysterious Island’ co-stars on set in Hawaii, where the actress/singer talked about suffering an injury during filming. “I took a pretty good spill the other day, and was walking around, didn’t even notice until somebody was like, ‘Is that real blood, or is that fake blood? It was like gushing out of my leg and falling on a rock, but it’s okay,” the 21-year-old said. Watch the segment via YouTube below.

After Sunday’s Teen Choice Awards, Zac Efron rushed over to The Hollywood Bowl to catch his girlfriend Vanessa Hudgens in ‘Rent’, where the actor offered a monetary form of appreciation for Baby V’s sexy striptease skills. Zac got up from his seat during the performance to “tip” Vanessa $20 during her ‘Out Tonight’ number. Hudgens. Hudgens stars as Mimi, a dancer with HIV. Watch the tip via YouTube below.

Neil Patrick Harris talked with the Associated Press about directing the hit play ‘Rent’ to be performed at the Hollywood Bowl in Los Angeles, while cast members Nicole Scherzinger and Vanessa Hudgens joked about how tough it was to work with the actor. “It’s just hard when somebody actually knows what they’re talking about,” the Pussycat Dolls singer said. “It just sucks, because then it makes you feel stupid, and someone who actually gives you liberty, and trusts you, then you’re like, ‘Oh you’re trusting me so much what am I supposed to do with that?'” While Baby V moaned, “He was a dreadful person.” Watch the clip via YouTube below.

When Did Vanessa Hudgens Get Into A Fender Bender?

Vanessa Hudgens was spotted chatting with a man on the other day while driving her car that appeared to have gotten in a fender bender. The ‘High School Musical’ waited in a West Hollywood supermarket parking lot while a AAA employee helped fix her flat tire, which her rep said was not related to the accident.